Neither Modi nor Kovind has commented publicly on riots 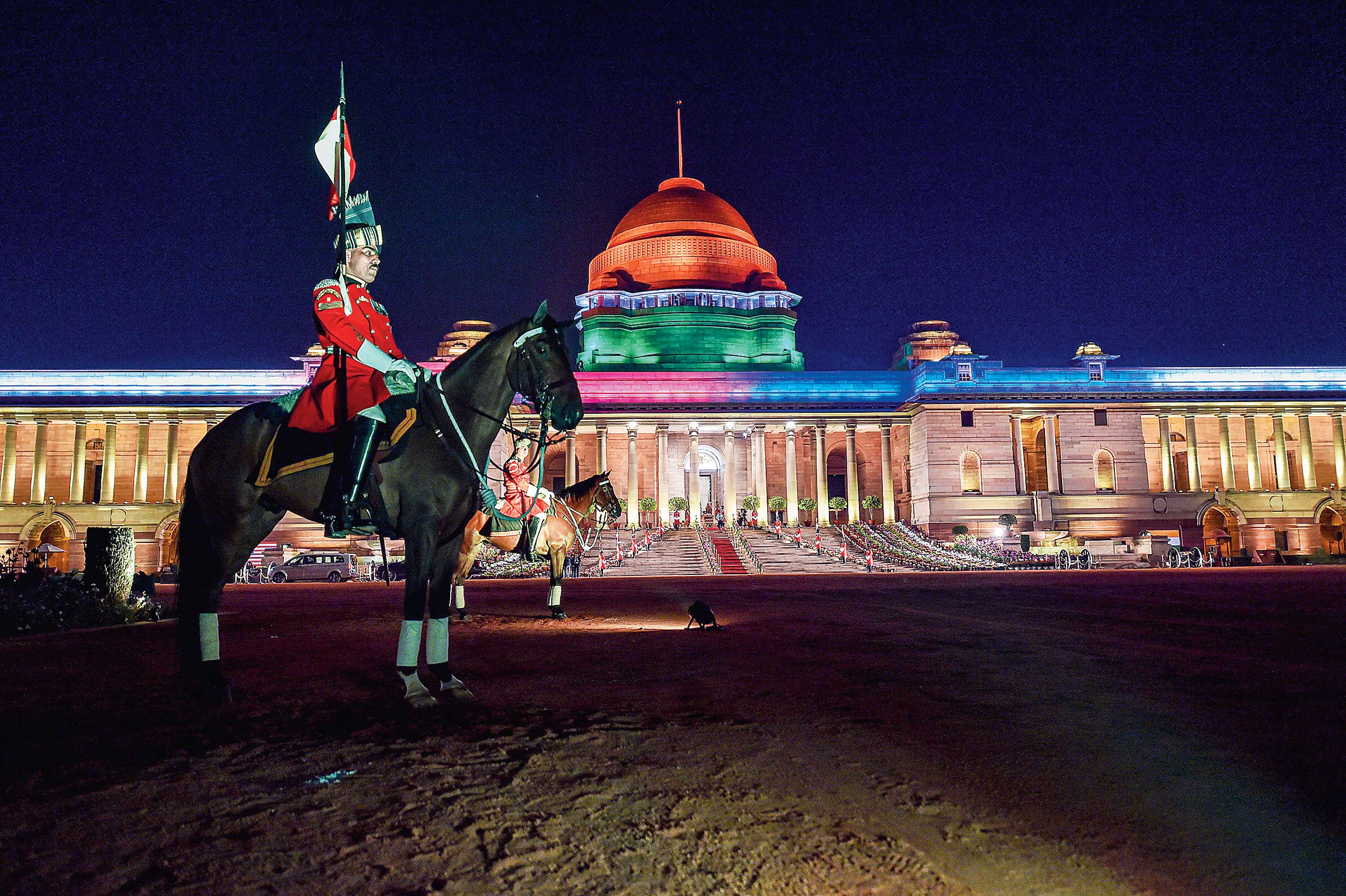 The Rashtrapati Bhavan is all lit up — thoughtfully adding the colours of the US flag on the roofline — for the state banquet in honour of President Donald Trump and First Lady Melania Trump on Tuesday evening.

Till Tuesday night, neither Prime Minister Narendra Modi nor President Ram Nath Kovind had uttered a word in public on the riots ravaging northeast Delhi. An official quoted Union home minister Amit Shah as appealing to the public at large and the media to communicate responsibly and avoid spreading unverified rumours. For some reason, the leadership that takes to the air waves frequently steered clear of the government’s formidable publicity machine and refrained from issuing any direct appeal for peace.

South Asia analyst Michael Kugelman tweeted on Tuesday night: “The silence from the very highest levels of the Indian government as this violence continues to play out in New Delhi — the worst in years — is deafening, but also sadly unsurprising. At moments like these, calls for calm and unity are essential. But they’re nowhere to be heard.”