The power tariff in Malegaon is Rs 3.8 per unit while it is provided at Rs 3.5 per unit to the textile sector in Ichalkaranji in Kolhapur district 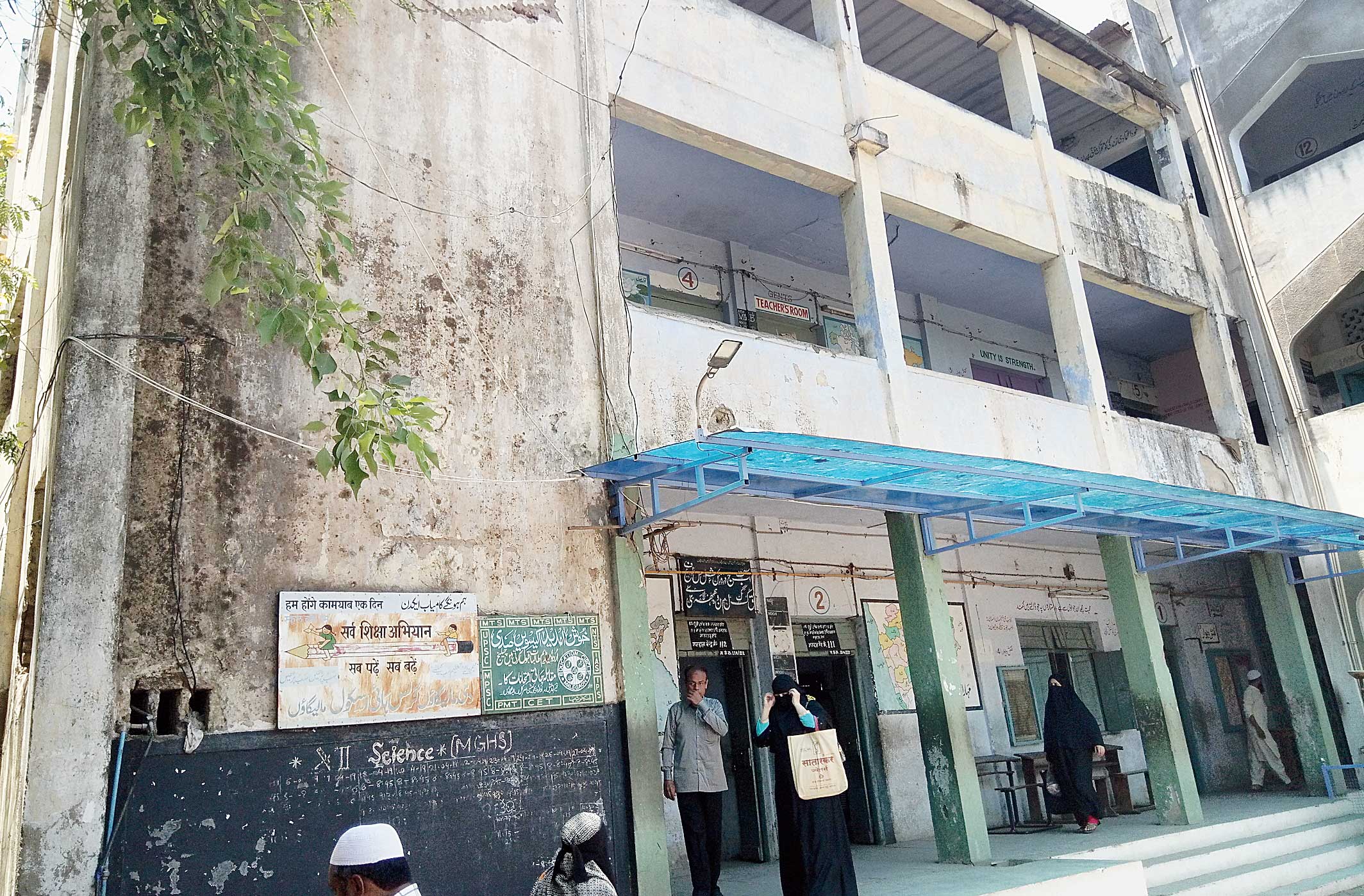 Narrow lanes made narrower with vendors and cattle in the middle of the road, no town bus, dingy, overcrowded houses, equally overcrowded educational institutions, a few professional institutions and the power loom sector the only industry for the nearly four lakh population. Welcome to Malegaon, the town in north Maharashtra that was scarred by the September 2006 and September 2008 blasts. The BJP candidate for the Bhopal Lok Sabha seat, Pragya Singh Thakur, is an accused in the 2008 case.

Since 2009, Malegaon is part of the Dhule Lok Sabha constituency. In 2014, the BJP’s Subhash Bhamre won from Dhule, beating Amrishbhai Patel of the Congress by more than 1.30 lakh votes. This year, the Congress has fielded Kunal R. Patil, the MLA from Dhule Rural, against Bhamre, who is the Union minister of state for defence.

Nearly 90 per cent people of Malegaon’s central town are Muslims.

Mubeen Ahmad Khaleefa, 40, manages his family by running a power loom, the family’s traditional occupation. Nearly 25 persons are engaged in his loom. They make pieces of garments which are sold to Ahmedabad-based buyers. Mubeen says the required cotton thread is supplied by agents from Karnataka.

The government has zero involvement in this industry; the fortunes of the workers and owners depend on the whims of the buyers. There is no minimum support price, nor subsidy on electricity or the products. A worker puts in about 12 hours work to earn Rs 400 a day.

“The government has not provided any facility for procurement and marketing of our products, or given any subsidy,” Mubeen said.

He said the power tariff in Malegaon is Rs 3.8 per unit while it is provided at Rs 3.5 per unit to the textile sector in Ichalkaranji in Kolhapur district. It is because the power company is different.

Mohammad Salim, 35, an auto driver, said the textile sector is unable to accommodate all the workers entering the labour market. Some new job opportunity must be created. The state government has identified an area under the Maharashtra Industrial Development Corporation, but no industry has been set up.

At least a processing factory should be set up to produce finished saris and dress materials, which is done in Ahmedabad, Salim said.

He said the town buses used to ply about 15 years ago on the prominent roads. But the service was discontinued. Autos and motorcycles are the main mode of transport in the town.

In the middle of town stands Malegaon Girls High School, a private institution set up in 1954. The campus has two buildings with barely 20 classrooms. Headmistress Ansari Roquiya Parveen Mohammad Siddiqui said 2,076 students were enrolled up to Class XII. The medium of instruction in the middle school is Urdu while it is English in Class XI and Class XII, she said. The state government provides assistance, which is used to pay salary of teachers.

During the night time, the school premises are used as a degree college offering BA, BSc and BCom courses. Siddiqui said there are 40 schools, including primary schools, in the town. One engineering college, one ITI (industrial training institute), one Unani college, one BPharma college and four-five BEd and general colleges are also there. All the higher educational institutions are privately funded, and get aid from the government.

In the last 15 years, the outskirts of Malegaon have become a separate township boasting of standard hotels, wide roads with street lights, well maintained parks and illuminated showrooms. This area has a mixed population.

Mubasshir Mushtaq, a Malegaon-based freelance journalist, described it as “institutional bias”. He said central and outer Malegaon have about six lakh people, which is good enough a population for becoming a separate district.

“Malegaon is a municipal area under Nashik district. Nashik city is 100km from here. The demand for a separate district is there for long.

A separate district will speed up planning and development for the area,” he said.

Mushtaq said Bhiwandi is another such instance, bereft of separate district status. It falls under Thane, which is 50km away. Bhiwandi, a town in the Konkan region, has a demography similar to Malegaon.

“This is institutional bias,” he said.

S.S. Mantha, former chairman of the All India Council of Technical Education (AICTE), the technical education regulator of the country, said the government needs to undertake a demand-supply analysis for the backward areas and start institutions to fill the gap. “In the backward areas, the private investors will not open institutions because they are not assured of revenue earning. The state government has to take the initiative. That is missing in many areas,” Mantha said.

Apart from Malegaon and Bhiwandi, the Marathwada region that includes districts such as Nanded and Latur and the Vidarbha region that comprises Chandrapur, Akola, Gadchiroli, Yavatmal, Buldhana and Amaravati have a similar problem of inadequate institutions.