Ninety per cent of these victims are vulnerable migrant labourers, and the less-paid and less-educated among them suffer the worst accidents, says report 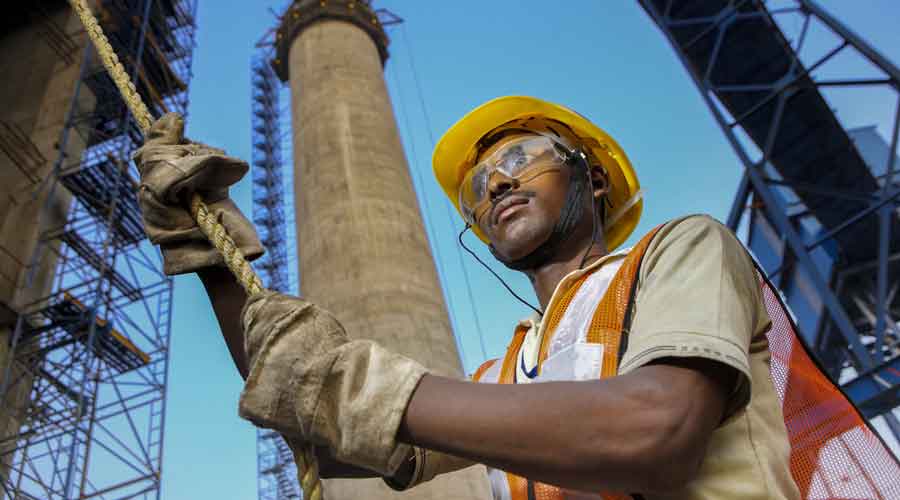 Tamil Nadu chief minister M.K. Stalin has said an “All India Federation for Social Justice” would be launched soon, the announcement coming at a webinar attended by leaders of several other regional parties that are expected to be part of the new forum.

A group of NGOs working for social justice had organised Thursday’s webinar to laud the DMK’s “stellar role” in the legal battle that culminated in the apex court last week upholding the 27 per cent OBC quota in the all-India pool seats at state medical colleges.

Stalin said it was time for “social justice” to be taken to the next level of “social equality”, not merely in government jobs and access to educational institutions but in every sphere of social life.

“It is with this objective that the All India Federation for Social Justice will be launched,” he said.

“Leaders of the depressed classes from all states, those truly concerned about social justice, will be part of the federation, which will provide prompt suggestions for all the states to adhere to laws related to social justice.”

Stalin said the new federation would also help achieve the “principles of federalism”.

Referring to the Supreme Court order upholding OBC reservation in the all-India pool medical seats, Stalin said the DMK had been the first party to file a petition on the matter in the apex court in May 2020.

Stalin rejected as “untrue” the propaganda by some that the OBC reservation in all-India medical seats was a “gift from the BJP”, whose government at the Centre had introduced it from this academic session before it was challenged in court.

He said the Centre had implemented the quota after DMK parliamentarian P. Wilson filed a court petition and the party made follow-up legal interventions, party MPs raised the issue in Parliament, and Stalin sought a white paper from the Prime Minister.

Trinamul parliamentary party leader Derek O’Brien conveyed Mamata Banerjee’s greetings to Stalin and said “there is very good coordination” between the DMK and Trinamul in Parliament.

He said the two parties should continue to work together on “difficult issues”, adding that “movement is primary, politics secondary”.

NCP leader and Maharashtra food minister Chhagan Bhujbal congratulated the DMK for having “fought a legal battle” and won a “significant victory” for OBCs. “Stalinji, you are a ray of hope for us,” Bhujbal said.

RJD leader Tejashwi Yadav reiterated the demand for a caste census — the subject of a unanimous resolution passed by the Bihar Assembly — so the quotas could be implemented more meaningfully.

Hitting out at “RSS designs”, Tejashwi rued that “all the constitutional institutions are now playing the role of a cell of the BJP”.

E.T. Mohammed Basheer, IUML parliamentary party leader from Kerala, said: “M.K. Stalin has proved to be a dynamic leader for advancing social justice in the country.”

Among the other speakers were Sardar Tajinder Singh, founder of the NGO Pagaam — a “social organisation of oppressed and exploited Indians” — and Virendra Singh Yadav, former Allahabad High Court judge.

Unilever to lay off 1500 globally