Ideologues and activists express reservations, saying the number of beneficiaries is too low or that the proposed scheme should not have been linked to the private sector 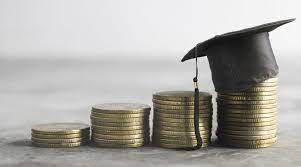 The NDA government is planning a scheme to sponsor the education of 30,000 meritorious but poor Other Backward Classes students at top private residential schools and colleges every year, two government sources have independently told The Telegraph.

Some reservation experts welcomed the initiative but several OBC ideologues and activists expressed reservations, saying the number of beneficiaries was too low or that the proposed scheme should not have been linked to the private sector.

One OBC activist said the government should have waited for the report of the commission formed to recommend a sub-categorisation of the OBCs, and linked the scheme to the sub-categories according to their share of the OBC population.

Under the proposed “Top Class Education” scheme for OBCs, the social justice and empowerment ministry will sponsor the education of 15,000 schoolchildren from Classes IX to XII and 15,000 undergraduate students at private schools and colleges every year.

The beneficiaries may be selected through entrance tests and a yet-to-be-fixed income criterion. The “creamy layer” cut-off for OBC reservation is Rs 8 lakh a year.

The scheme, expected to cost Rs 4,000 crore in five years, has finance ministry approval and is pending before the cabinet, sources said.

“It’s similar to the ‘Top Class Education’ scheme for the Scheduled Castes,” an official said.

The scheme for Dalits, started by the UPA government in 2007, supports 4,200 students of higher education at top-ranked institutions, including private institutions. The ministry sponsors the tuition fee — up to a ceiling of Rs 2 lakh a year — apart from living expenses. The proposed OBC scheme has no tuition fee ceiling.

According to the 1931 census, OBCs make up 52 per cent of the Indian population. A caste census was carried out in 2012 but its findings have not been released.

P.C. Patanjali from the OBC Joint Action Committee said the government should have waited for the report of the Justice Rohini Commission that will suggest sub-categorisation of the OBCs for a rational distribution of the 27 per cent quota.

“Otherwise, the castes that are (relatively) advanced economically and politically will grab the benefits,” Patanjali said.

Officials said the commission’s report was ready but the government was sitting on it.

Kiran Kumar, president of the All India OBC Students Association, said that instead of linking the scheme to the private sector, the Centre should have emulated Andhra Pradesh, Telangana and Tamil Nadu in establishing residential schools with high quotas for OBC students.

“This is a model of privatisaton. When the government is ready to spend so much, it could have built its own schools for OBCs,” he said.

Kumar suggested the scheme was being planned to woo OBCs ahead of Assembly elections in five states including Uttar Pradesh. Government officials said the proposal had been placed before the cabinet months ago and they were unsure when it might be announced.

Shashank Ratnoo, a lawyer and expert on OBC issues and reservation, said the scheme represented help over and above the OBC reservation already implemented in admissions to the government’s Kendriya and Navodaya Vidyalayas.

“It’s a welcome initiative since it represents additional support over and above what is already being provided,” Ratnoo said.