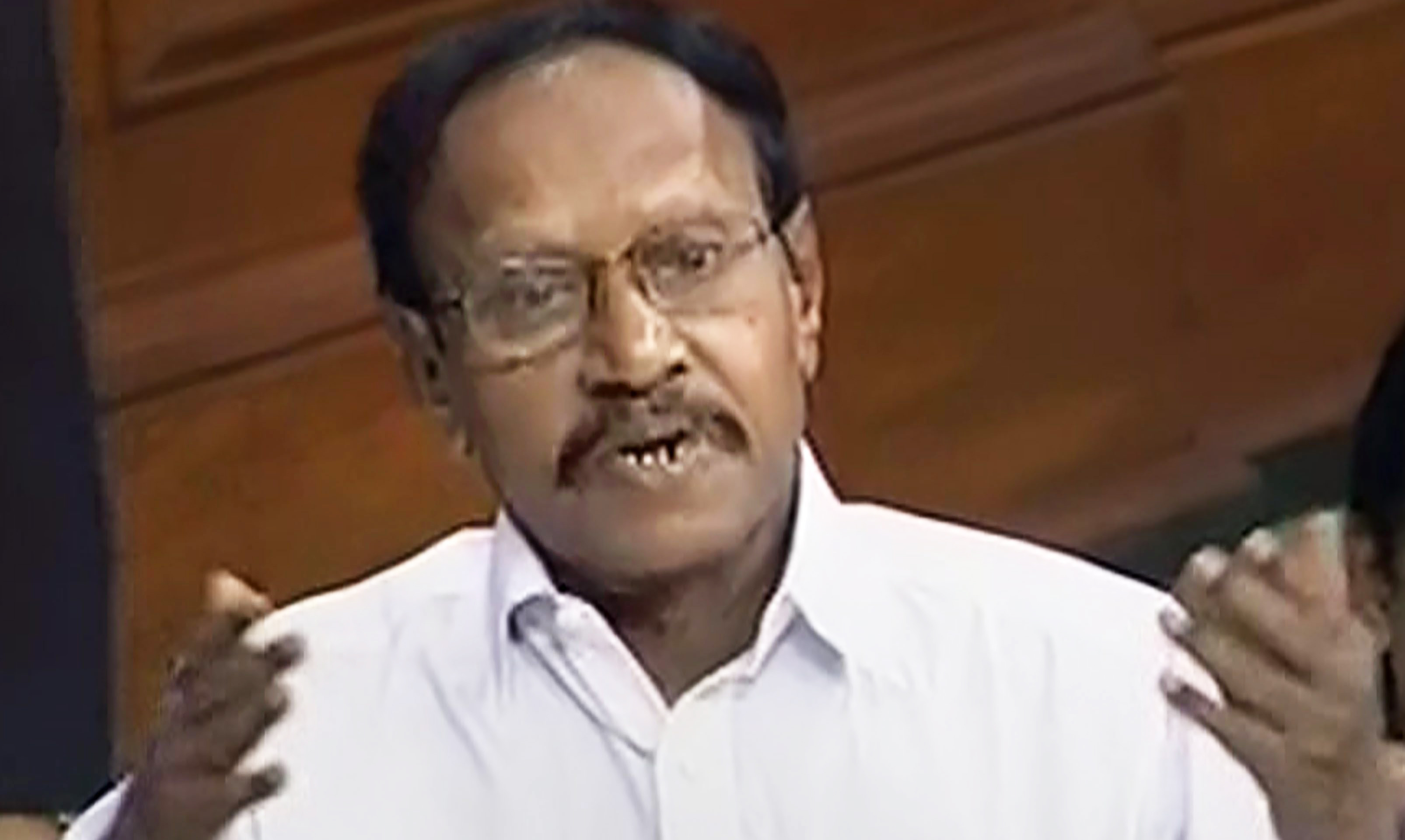 AIADMK leader M. Thambidurai surprised the Treasury and Opposition benches alike in the Lok Sabha on Friday by asking the government whether the AgustaWestland chopper deal was finalised during the previous NDA government led by Atal Bihari Vajpayee and why HAL shouldn’t be given preference in the Rafale deal over Anil Ambani’s Reliance group.

The government, which regards the AIADMK as a political friend despite the party not being a part of the NDA, appeared stumped by the clarification sought by Thambidurai after the defence minister’s reply to the Lok Sabha on the Rafale debate.

Congress chief Rahul Gandhi, who had earlier accused the AIADMK of acting as a “shield” for the government, appeared excited over Thambidurai’s query and was heard saying “excellent, excellent”.

Thambidurai, who is also the deputy Speaker, raised his hand for a clarification immediately after Rahul had accused Prime Minister Narendra Modi of being directly involved in the alleged Rafale scam.

Given the AIADMK’s perceived closeness to the BJP, it seemed the Congress benches apprehended that Thambidurai’s intervention could be an effort to blunt Rahul’s attack. But soon Thambidurai proved them wrong.

“Who finalised that… AgustaWestland deal? I hope that this has happened during 2003. It was Vajpayeeji period. He finalised and ordered that deal. That is what I learnt,” Thambidurai told defence minister Nirmala Sitharaman.

His second question related to Hindustan Aeronautics Ltd, the public sector company that was kept out of the Rafale deal.

Thambidurai referred to the defence minister’s reply in which she accused the UPA of neglecting HAL and claimed how the NDA government had given contracts worth crores of rupees to the company.

“When you are making things under ‘Made in India’ and ‘Make in India’ schemes, why cannot you give this deal to HAL instead of the Reliance Group, which is a new company?” the AIADMK leader asked.

Sitharaman said the AgustaWestland deal was not signed during Vajpayee’s time.

“The Agusta deal was signed on February 8, 2010. The pre-contract agreement was done in 2008 and so it was totally a UPA deal,” Sitharaman said.

The chopper deal, in which allegations of bribery had been made, was scrapped while the UPA II was still in power.

On Thambidurai’s question on HAL, Sitharaman said the initial 36 Rafale jets would be procured directly from France, but for the rest of the 90, the contract could go to HAL.

The defence minister managed to answer Thambidurai’s questions but the stand taken by the AIADMK leader indicated that Tamil Nadu’s ruling party might be distancing itself from the BJP in the run-up to the Lok Sabha polls.

The AIADMK had not supported the Centre on the instant triple talaq bill and had sided with the Opposition’s stand against the imposition of President’s rule in Jammu and Kashmir.

During the Rafale debate on Friday, the Telangana Rashtra Samithi too demanded a joint parliamentary committee probe, like the Congress. The BJP’s oldest ally, the Shiv Sena, has also taken the same position.