(Rafale questions leaked in advance, no need for proxy) 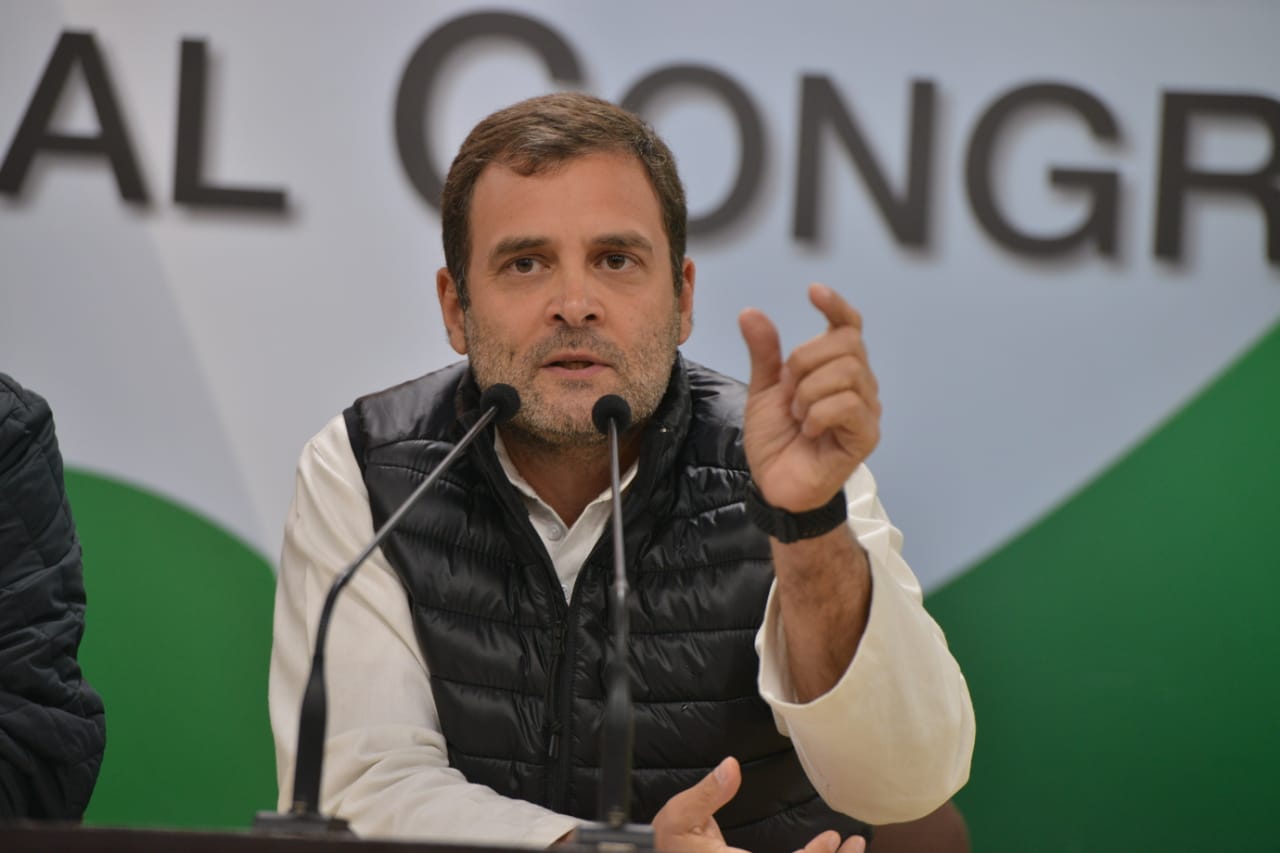 Rahul Gandhi speaks in the Lok Sabha during the discussion on issues related to the Rafale deal on Wednesday.
Prem Singh
Our Special Correspondent   |   New Delhi   |   Published 02.01.19, 09:51 PM

Prime Minister Narendra Modi, the author of Exam Warriors that promises to ease the nightmare of students, has been offered a dream exam on the Rafale deal.

Rahul Gandhi has dared the Prime Minister to appear for an “open-book exam” on Rafale instead of sending a proxy and provided the questions in advance.

The exam challenge capped a dramatic day of duels in which the Congress president sought to bust the Prime Minister’s claim that the questions on the aircraft deal did not involve him personally.

On a day Congress members were seen flying paper planes that often landed on BJP ministers’ desks in the House, Rahul led the charge and the government found itself deserted by even some allies when it resisted calls for a fair probe.

Later, Rahul told a media conference: “It is very interesting the Prime minister thinks questions on Rafale are about somebody else. Which world does he live in? It is about you, Mr Prime Minister.”

He added: “The PM is involved in corruption. Chowkidar chor hai. Let us not believe in what the Congress is saying. Let us have a JPC (joint parliamentary committee). Modi can hide but the truth can’t be suppressed.”

Modi was not seen in the Lok Sabha, leaving it to Arun Jaitley, the finance minister, to defend the government.

Nothing prevents Jaitley from speaking in the lower House. But Trinamul MP Saugata Roy pointed out that although the NDA has 300 MPs in the Lok Sabha, it had to ask a member from the upper House to speak on the Rafale deal in the lower House. Jaitley is a Rajya Sabha member and a former defence minister.

Rahul lamented that the Prime Minister did not have the guts to come to Parliament and was hiding in his room to evade questions.

Voice: All the dope in CM’s bedroom


It is very interesting the Prime minister thinks questions on Rafale are about somebody else. Which world does he live in? It is about you, Mr Prime Minister.
- Rahul Gandhi


How was the deal negotiated after eight years of hard work changed?

Did the Indian Air Force ask you to change the deal and purchase 36 aircraft instead of 126?

Is there an objection by defence ministry officials to the increase in the benchmark price mentioned on the files?

Is there a file noting (by a defence ministry official) asking the Prime Minister’s Office not to interfere?

Jaitley did not respond to the specific questions but cited the Supreme Court judgment to claim a clean chit, questioned Rahul’s ability to understand issues of national security and insisted that the price difference is because of weaponisation of the fighter aircraft.

BJP members clapped the loudest when Jaitley said: “When he was young, was he playing in the lap of Q?” The reference was to Ottavio Quattrocchi, the middleman in the Bofors deal.

Here are the exam questions in advance:

Will he show up? Or send a proxy?”

The “Missing Q3” was held back but later revealed “on popular demand”.

“Q3: Modi Ji, please tell us why Parrikar Ji keeps a Rafale file in his bedroom & what’s in it?”

Earlier in the Lok Sabha, Jaitley used the Supreme Court judgment as a shield and tried to embarrass the Congress by referring to cases like Bofors, Agusta and National Herald. He rejected the need for the JPC, arguing that a partisan body cannot investigate and overrule the findings of the Supreme Court.

Arguing that the Supreme Court had spoken on every aspect of the deal, which should be taken as the last word, Jaitley said: “The court is satisfied with the procedure. They also asked for pricing details to satisfy their conscience and ruled that they should not get into this after reading what the government supplied in the sealed envelope. I can say with fear of contradiction that the basic price of per aircraft is 9% less than the UPA deal and weaponised aircraft is 20% cheaper.”

Jaitley’s target was clearly Rahul as he alleged that “the conspirators of defence deals” were trying to invent evidence to tarnish the Modi government.

Jaitley added: “This family understands the arithmetic of money but not national security. It is a pity that the party which was led by legends is now being led by someone who understands nothing. He doesn’t know a bare aircraft is just a flying equipment and a fighter aircraft needs weaponry and avionics.”