'Frivolous': Cong to EC on 'misuse of children' for political gains charge

The grand old party files counter complaint against BJP, alleging that the ruling party and its functionaries were 'using kids in a malafide way' 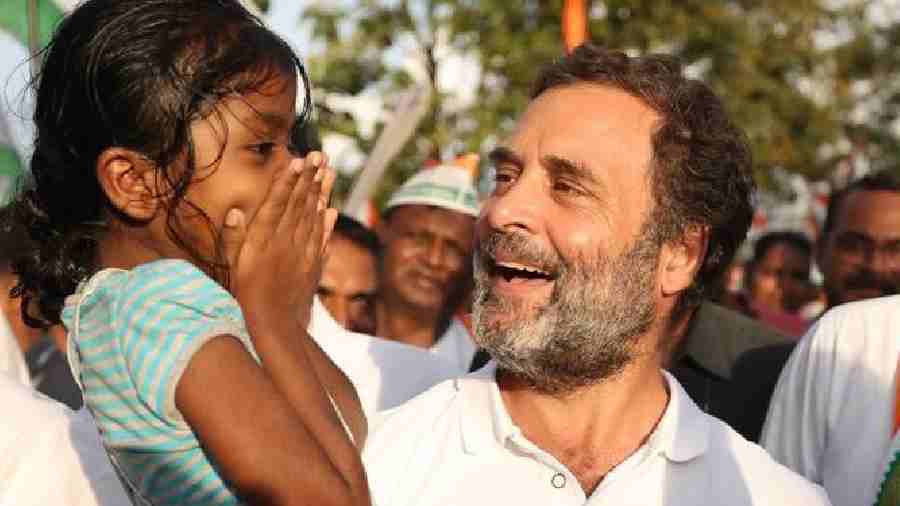 The Congress on Monday conveyed to the Election Commission that no violation of the Representation of the People Act was done during the Bharat Jodo Yatra and children were not used for campaigning, as it slammed the apex child rights body NCPCR's complaint against it as "frivolous" and "baseless".

The Congress also filed a counter complaint against the BJP, alleging that the ruling party and its functionaries were "using children in a malafide and perverse way".

"We met the members of the Election Commission and informed them that neither was there any violation of the Representation of the People Act nor of model code during the Bharat Jodo Yatra. We fail to understand why Election Commission has given us a notice on the complaint of NCPCR," Ramesh told reporters after meeting the EC officials.

"We have presented a detailed document over the childish behaviour of the NCPCR which alleged that kids are being used (in Bharat Jodo Yatra). Only a painting competition was organised and Rahul Gandhi participated in a prize distribution ceremony," he said.

Ramesh said it is being said that children were used for election campaigns which is absolutely untrue.

"People come in thousands on roads and want selfies clicked with Rahul Gandhi. This is not an illegal act, there is no election campaigning. Rahul Gandhi is not asking children to vote for the party," he said.

Ramesh said that since the inception of NCPCR in 2007, it is the first time that it is being headed by a "BJP-RSS functionary". Priyank Kanoongo is the chairperson of NCPCR.

"We have told EC that this is completely baseless. No law has been violated. Lakhs of people are coming, lakhs of kids seeking selfies come. It is the BJP that has misused kids when Rahul Gandhi meets small children, the propaganda that is being spread and and the language that is being used (is there for everyone to see). Even a picture of Rahul Gandhi with his sister's daughter was misused," Ramesh said.

He said that all this was another example that the BJP is rattled and will do anything to damage the Kanyakumari to Kashmir Yatra, which he asserted would continue.

Khurshid said that they told the EC that it should tell other agencies to do their work and not delegate their work to the poll watchdog.

A few days after the Bharat Jodo Yatra began on September 7, the NCPCR had asked the EC to initiate necessary action and inquiry into a complaint against the Congress and Rahul Gandhi for allegedly "misusing children as political tools" in the party's Bharat Jodo Yatra.

The NCPCR had said it is in receipt of a complaint wherein it has been alleged that Gandhi and the Jawahar Bal Manch are targeting children with political intentions and making them to get involved in political activities.

According to the complainant, it has been alleged that "many disturbing images and videos have been circulating on social media wherein it can be seen that children are being targeted and are made to participate in their campaign with a political agenda under the slogan 'Bharat Jodo, Bacche Jodo'," the NCPCR had said.