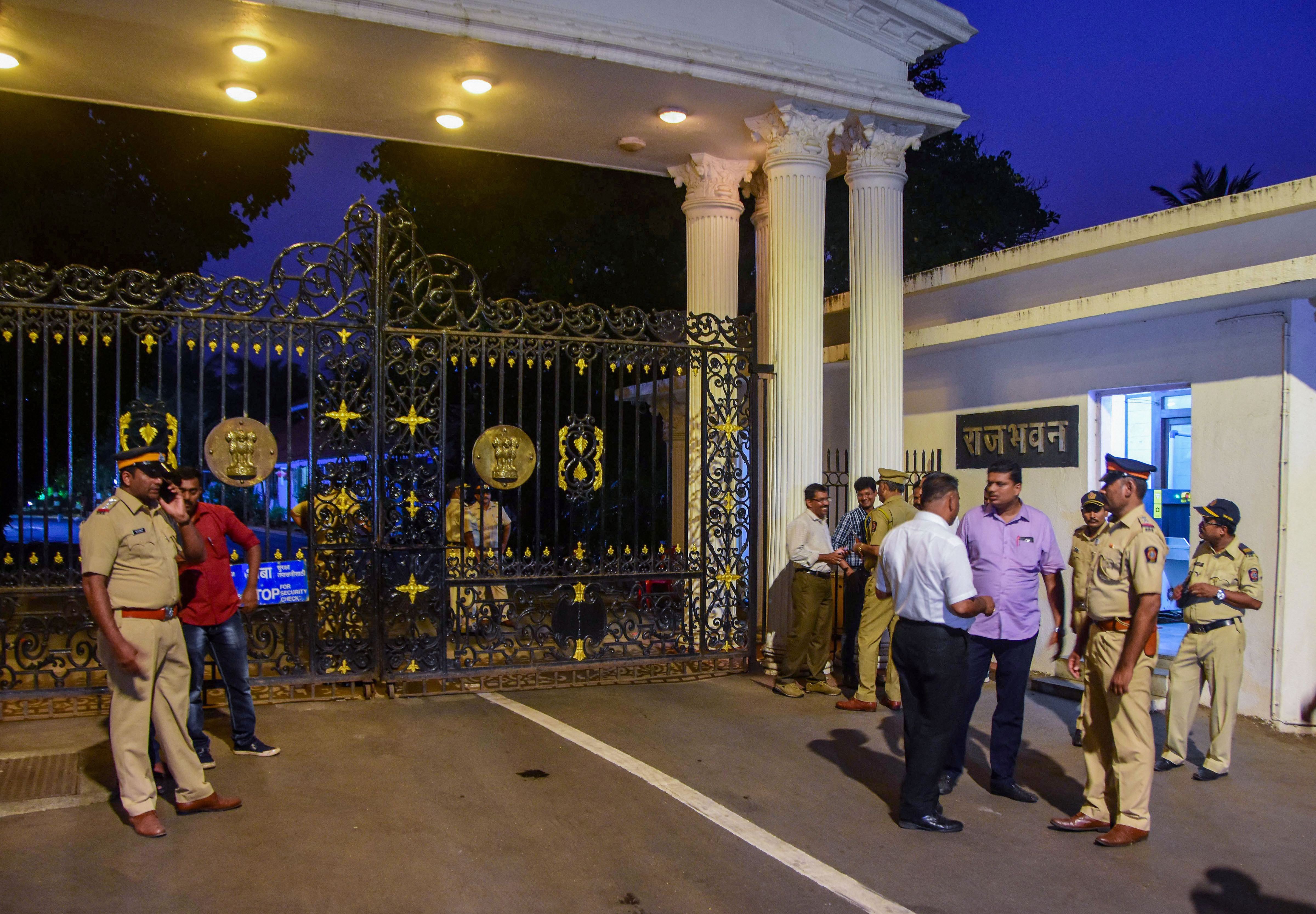 Leaders of the Congress, NCP and Shiv Sena met in Mumbai on Thursday to work out a common minimum programme (CMP) before finalising a possible alliance for government formation in Maharashtra.

'Leaders of the allies Congress-NCP and the Sena held a meeting to work out consensus on common agenda of governance, which will be called common minimum programme,' a senior Congress leader said.

The CMP draft will need approval by top leaders of the three parties before it is finalised, he added.

Leaders of NCP, Congress and Sena came together for the first time to hold talks on Thursday after the Sena sought the support of two parties -- its traditional adversaries -- for government formation after falling out with the BJP.

Unlike the frenzy and buzz during the Past few days, the political parleys on Thursday were held away from media glare.

The Shiv Sena, meanwhile, kept up its attacks on estranged ally BJP.

Sena mouthpiece Saamana in its editorial on Thursday alleged that imposition of President's rule in Maharashtra was a 'scripted act'.

Former chief minister Devendra Fadnavis was shedding 'crocodile tears' over the imposition of President's rule as power is indirectly in the hands of the BJP, it said.

Sena MP Sanjay Raut said had BJP president Amit Shah informed Prime Minister Narendra Modi 'in time' about the '50:50' seat-sharing formula decided by leaders of the two parties, the current impasse would have been avoided.

Shah, on Wednesday, had rejected Sena chief Uddhav Thackeray's claim that the BJP had agreed to share the chief minister's post.

President's rule was imposed in the state on Tuesday after governor Bhagat Singh Koshyari sent a report to the Centre stating that formation of a stable government was impossible in the current situation despite all his efforts.

The BJP and Shiv Sena, who fought the October 21 state elections in alliance, secured a comfortable majority by winning 105 and 56 seats, respectively, in the 288-member Assembly.

But the BJP did not cede to the Sena's demand of sharing the chief minister's post, leading to falling apart of the nearly three-decade-old alliance.

The Congress and NCP have won 44 and 54 seats, respectively.