The couple accepted consumption of ganja, the agency release said 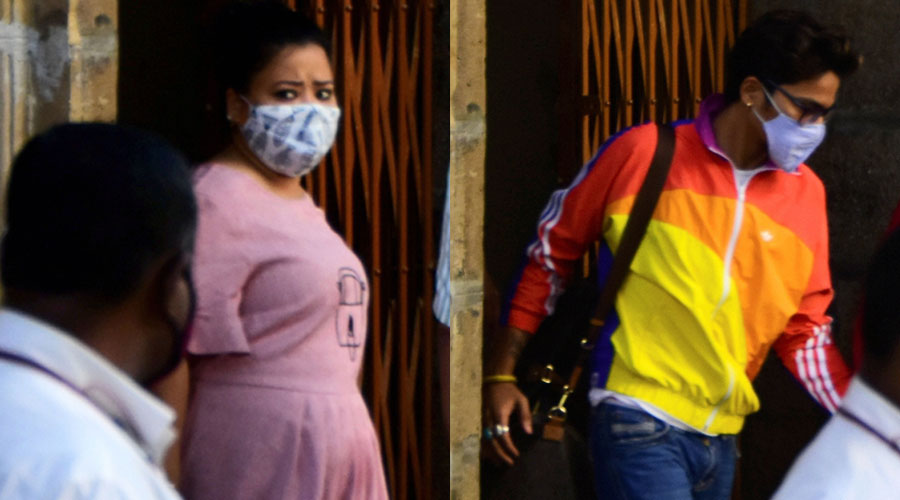 A day after the arrest of comedian Bharti Singh, her husband Harsh Limbachiya was also arrested by the Narcotics Control Bureau on Sunday following the seizure of drugs from their house here, NCB officials said.

Following the incident, Singh and Limbachiya were remanded to judicial custody till December 4 by a Mumbai court on Sunday.

The couple was produced before a magistrates court in Mumbai this afternoon, after the NCB arrested Singh on Saturday evening and Limbachiya on Sunday morning in connection with the ongoing probe regarding the use of drugs in Bollywood and the entertainment industry.

"The court has remanded both the accused to judicial custody till December 4," NCB prosecutor Atul Sarpande said.

The court will hear their bail pleas, which the couple filed soon after the hearing, on Monday.

The NCB searched the house and office of Bharti, who plays the character of Titli Yadav in The Kapil Sharma Show, on Saturday morning as part of its probe into alleged drug use in the Hindi film industry.

The NCB recovered 86.5 grams of ganja during the search, the agency said in a release.

The team that searched Bharti’s residence at Lokhandwala Complex, as well as her production house based on a tip-off, was led by Sameer Wankhede.

The couple along with two others arrested in the case were produced before the court here after their medical examination.

"Singh's name had cropped up during the interrogation of a drug peddler," the official said.

The quantity allegedly seized from Singh's possession is considered as "small quantity" under the Act, as against "commercial quantity", an NCB official said.

Up to 1,000 gm of ganja is considered a small quantity, which attracts a jail term of up to six months and/or a fine of Rs 10,000. Possession of commercial quantity – 20 kg or more – can attract up to 20 years in jail. For the quantity in between, the punishment can be as much as 10 years in jail.