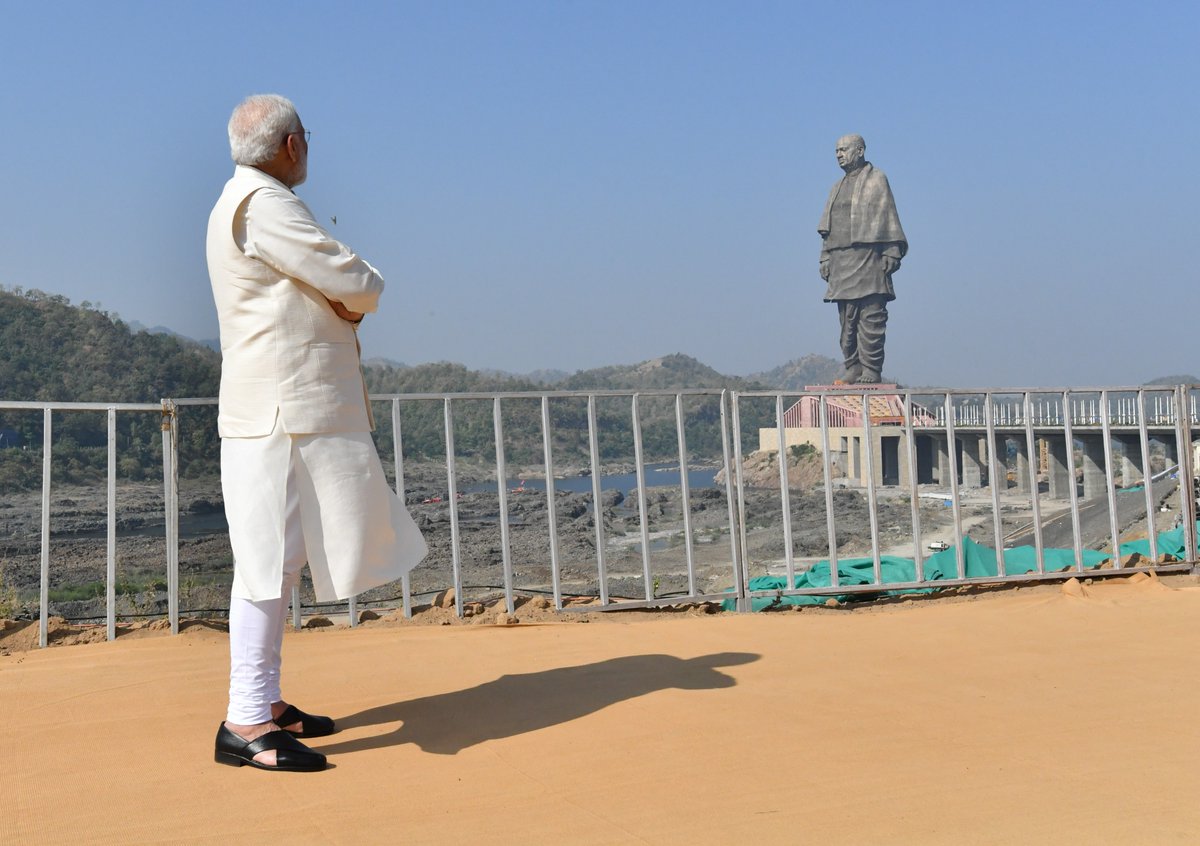 Prime Minister Narendra Modi on Wednesday inaugurated a statue of Sardar Vallabhbhai Patel with great pomp, and some potshots at those who have condemned the move.

“I am surprised that some people in this country have the audacity to look at this event through a political lens. We are being criticised for praising the icons of this country as if we have committed a huge crime,” Modi said as he dedicated the 182-metre Statue of Unity to the nation.

The Prime Minister said the towering structure, believed to be the tallest in the world, will serve as a reminder of the courage of a man who thwarted efforts to disintegrate India.

Sardar Patel towers over the world around him.
Twitter

Describing the monument as a symbol of the country’s engineering and technical capabilities, Modi said it will remind those who question India’s existence that this nation was, is and will remain eternal.

“Had Sardar Patel not united the country, we would need visas to see lions at Gir or see the Charminar in Hyderabad,” the Prime Minister added.

Modi also thanked the “tribals, farmers and villagers”, who helped make the statue possible. “Without your help and contribution, this would not be possible today. With the Statue of Unity, you (tribals and farmers) have enshrined your names in history too,” the Prime Minister said, adding that the statue will boost their livelihoods as it would bring business opportunities. “Because of tourism, when the world descends here, this region will prosper.”

Local farmers and tribals, however, didn’t share Modi’s enthusiasm as they planned to stage protests against the government’s apathy. They are demanding their long overdue money for sugarcane they have sold to a mill that has shut down. The mill was, ironically, named after Patel.