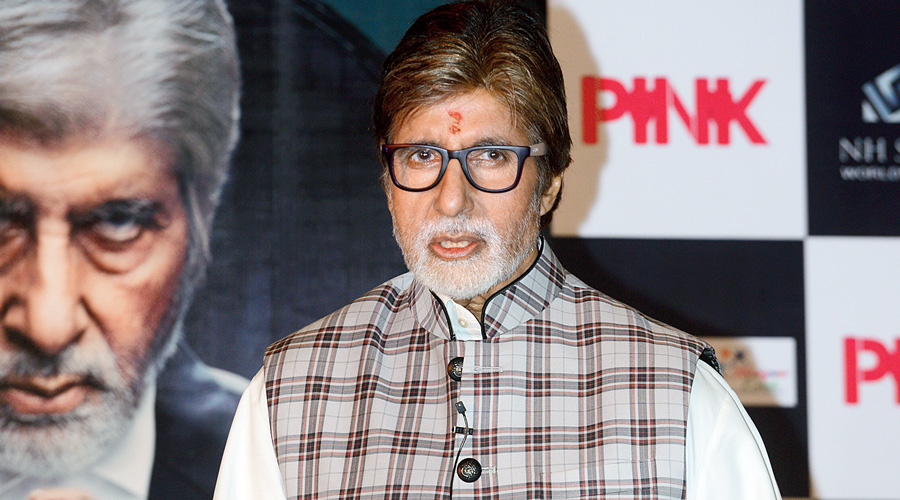 Maharashtra Congress chief Nana Patole on Thursday threatened to stop the screening and shooting of movies of actors such as Amitabh Bachchan and Akshay Kumar if they didn’t clarify their stand on the savage increase in the prices of fuel.

Patole said: “Actors like Amitabh Bachchan and Akshay Kumar used to comment on every issue during the Manmohan Singh government. They had tweeted on petrol price hike during the previous government. But they are silent on the issue when petrol has crossed Rs 100 per litre. If they do not take a stand now on the injustice meted out by the Narendra Modi government, we will not allow any films or shootings of Amitabh Bachchan and Akshay Kumar in Maharashtra.”

While Bachchan had shared couplets and jokes about fuel price hike in 2012, Kumar had tweeted the same year: “Guys, I think it is time to clean up your bicycles and hit the road. Social media users had noticed in 2018 that Kumar may have deleted the tweet.

While the Shiv Sena used to adopt strongarm tactics in the past and the Congress never supported such acts, Patole’s stand now has put the party high command in a fix.

Party spokesperson Pawan Khera said: “We are happy the media has developed interest in petrol-diesel-LPG prices because of one comment (by Patole) even as the common people and farmers suffered miserably for years as the Modi government blatantly resorted to profiteering by increasing the prices despite low crude oil rates in the international market.”

Asked if the central leadership would support disruptive tactics by the Maharashtra unit, Khera said: “There is no tactic. We just want the voices of consumers to resonate in the media. The ordinary people had made up their minds against the UPA government because celebrities had been tweeting against us. People look up to their views. They are opinion-makers.

“Now they are silent even as (the price of) petrol has crossed the 100 mark for the first time. While crude oil in the international market was around $115 (a barrel) when petrol reached Rs 70 (per litre) during Manmohan Singh’s time, it is Rs 100 when crude oil is barely $60 per barrel. It had gone down to $20. Are these celebrities silent now because of the government’s pressure? Their silence is deafening.”

The Congress is avoiding dealing with Patole’s threat explicitly because nobody supports such tactics and they hope the state unit will not resort to any violent method despite being in power in Maharashtra.

While one senior leader described the threat as “crazy”, another said: “He is new in the Congress and has just been appointed the (state) party chief. He may be desperate to draw the people’s attention.”

Many Maharashtra leaders refused to comment but hoped shootings would not be disrupted.

Khera said: “The Modi government indulges in all sorts of tricks to create distractions from real issues. The media too is playing along. Imagine what the BJP and the media would have done if petrol had crossed Rs 100 and diesel was sold at such a costly rate in the Congress regime.

“We are grappling with an abnormal situation — the voices of the Opposition and the civil society do not reach the common people. These actors and other celebrities also have been blatantly partisan; they freely criticised the Congress governments but have shown no concern on any issue in the Modi regime. It is good if their real face gets exposed.”

A section of younger leaders in the Congress believe there is a need to “expose” the celebrities who are either aligned to the BJP or are working under pressure.

The Congress had last week demanded a probe into the tweets of certain celebrities echoing the Modi government’s sentiments on an alleged international conspiracy to defame India.

A young Congress functionary told The Telegraph: “We don’t want these guys to criticise the government. If they think petrol-diesel-LPG price hikes are justified, let them support the government. Their honest positioning will help their fans understand them better. If they are RSS-BJP supporters, why are they shy of their association?”