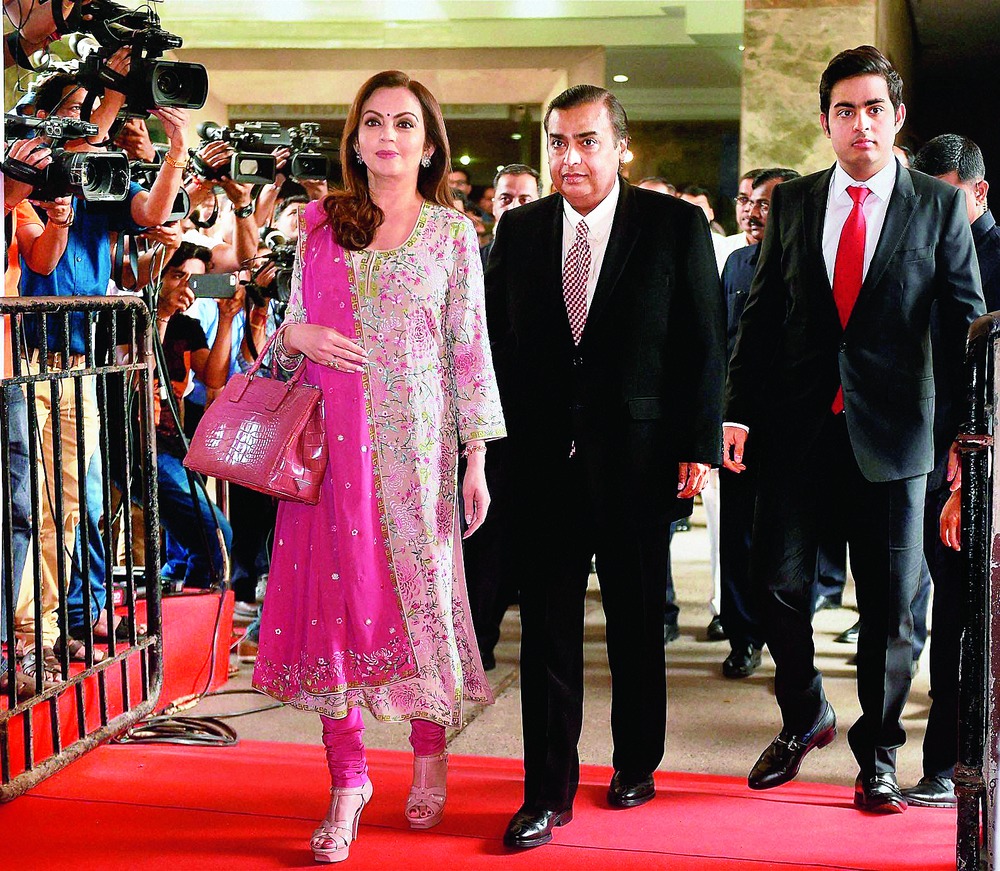 Mumbai, Sept. 1: Mobile phone users and data-hungry droves can brace for some enticing offers as Reliance Jio gets ready to unveil its bouquet of services on September 5.

The telecom network of India's largest private sector company today announced a stack of inducements that includes free voice calls and the cheapest data download rates to mark the launch of its services, threatening to ignite an upheaval in India's highly competitive telecom sector.

Reliance Industries chairman Mukesh D. Ambani made the grand announcements at the annual general meeting of the behemoth. September 5 coincides with Ganesh Chaturthi, the day in the Hindu calendar that believers pencil in for propitious launches that promise great prosperity.

The company has come out with a Jio Welcome offer that will continue till December and promises users unlimited 4G LTE data, national voice, video and messaging services and the full bouquet of Jio applications and content, free of cost. Nor would domestic roaming services be charged separately.

Although Ambani is betting heavily on data services for future growth in India's telecom sector, he made a tantalising offer to voice customers: domestic voice calls to any network across the country would be free for Jio subscribers even beyond the introductory offer. This compares with 65 paise per minute charged by incumbent operators for voice calls.

According to Ambani, while the current rates are around Rs 250 per GB, Jio's "Data- giri'' will see it charging an average rate of Rs 50 per GB, which he claimed was the lowest in the world and five to 10 times cheaper than its competitors in the country.

"We Indians have come to appreciate and applaud Gandhigiri. Now, we can all do Data- giri, which is an opportunity for every Indian to do unlimited good things, with unlimited data,'' he told the packed gathering at Mumbai's Birla Matushri Sabhagar.

The baits are being offered so that Jio can crank up its consumer base to 100 million "within the shortest possible time" - a target set by Ambani for his leadership team.

Put that in perspective: Airtel had a customer base of 256.81 million at the end of July. Jio is hoping to rustle up the numbers quickly so that it can take the battle to the top dog in the telecom business.

Reliance claims to be the only 4G LTE network in the world. It proudly claimed that it was the only network in India that was not "mostly 2G, sometimes 3G and once-in-a-while 4G"- a disparaging reference to its competitors like Airtel and Vodafone.

To bring in customers with different budgets, Jio will have price points beginning from Rs 19 for the occasional data user, a monthly plan priced at Rs 149 for the light data user and a monthly plan of Rs 4,999 for the heaviest data user.

Company officials said the tariff structure in Jio was simple with only 10 main plans against the 22,000 tariff plans prevailing in the country.

Jio also unveiled a Special Students Discount Offer under which any student, with a valid student ID card, will be able to get 25 per cent more data on Jio's main tariffs.

Reliance Jio officials said that beginning next Monday, individuals can walk into a Reliance Digital store and get a Jio connection (SIM) after submission of valid photo ID along with two passport-size photographs.

For photo ID, an Aadhar card will be sufficient. However, if an individual does not have this card, he or she will have to submit address proof and identity proof. Porting facility will also be available effective September 5.

While industry observers had expected Jio to announce free voice calling, the disruptive data rates could present a big challenge to incumbent operators.

Analysts fear that it could trigger a price war as the existing players fight to retain customers, a move that could hurt their bottomlines.

Jio's announcement of aggressive data rates drove down shares of Idea Cellular and Bharti Airtel on the bourses today. More than Rs 15,000 crore of their market capitalisation was wiped out at the end of a volatile day of trading.

Ahead of Jio's entry, companies like Bharti Airtel had already cut the mobile Internet charges by up to 80 per cent for prepaid customers who account for more than 95 per cent of the subscriber base.

"Data tariffs are bound to see a major correction due to the disruptive launch of Reliance Jio," Tanu Sharma of India Ratings & Research said in a note.