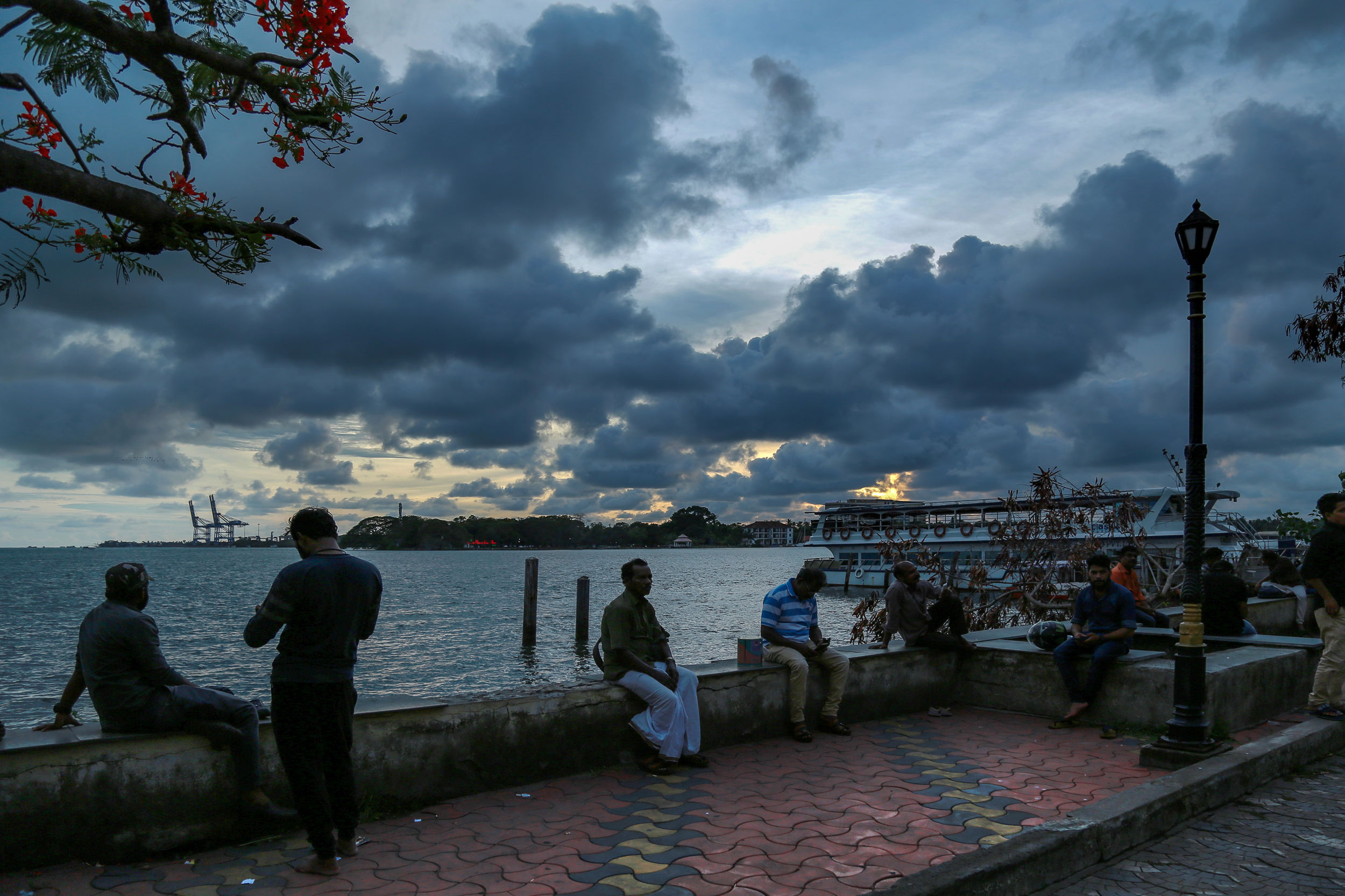 People sit near the coastline in Kochi on June 7, 2019. The IMD’s Saturday weather inference predicted that the cyclonic circulation is likely to move north-northwestward and intensify gradually.
(PTI)
G.S. Mudur   |   New Delhi   |   Published 09.06.19, 01:34 AM

The 2019 monsoon set in over parts of Kerala on Saturday — a week after the average onset date — and could advance over parts of the Northeast over the next 48 hours, weather scientists said.

The weather scientists assert there is no correlation between the date of the monsoon’s onset over Kerala and the quantum of distribution of rainfall across the country during the rest of the season.

But the pace of the monsoon’s progress over the coming week is likely to be influenced by the behaviour of a feeble cyclonic circulation that has formed over Lakshadweep and the southeastern Arabian Sea, the scientists said.

The India Meteorological Department (IMD), taking into account the cloud and wind conditions and widespread rainfall activity, said the monsoon had advanced over parts of Kerala and Tamil Nadu and parts of the northeastern Bay of Bengal. The monsoon’s northern line on Saturday passed through Amini Divi, Kochi and Madurai.

Lakshadweep and parts of Kerala have received widespread rainfall over the past three days.

The conditions appear favourable for further advance of the monsoon into remaining parts of Kerala, more parts of Tamil Nadu, the northeastern Bay of Bengal and the northeast over the next 48 hours, the IMD said.

However, the direction and evolution of the cyclonic circulation hanging over the southeastern Arabian Sea is expected to impact the monsoon’s pace of advance and the quantum of rainfall over the next week, scientists said.

The IMD’s Saturday weather inference predicted that the cyclonic circulation is likely to move north-northwestward and intensify gradually.

The IMD in its preliminary long-range forecast had predicted that rainfall during the 2019 monsoon season from June through September would be near-normal, or 96 per cent of the long-period average.