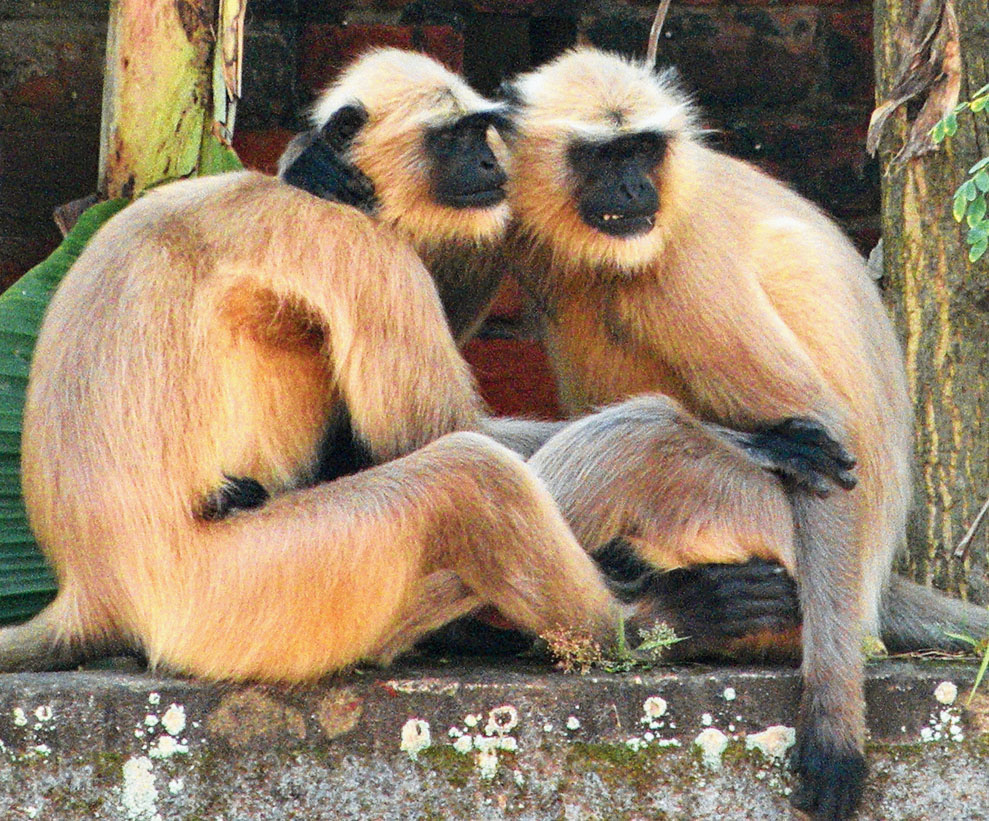 A 58-year-old woman died after being attacked by monkeys when she had gone out of her house at Thok Mohalla in Agra, two days after an infant was killed by a monkey in the city.

Bhoomi Devi was attacked on Wednesday evening and was found with severe injuries. She was taken to a hospital where she died during treatment, police said.

On Monday, a 12-day-old baby died after a monkey snatched him from his mother and left him bruised on the terrace of a neighbor's house in Kachhera Mohalla.

'She had lost so much blood that doctors could do nothing to save her,' a member of Devi's family said.

Residents took out marches and held a meeting on Wednesday night, demanding monkeys be excluded from the list of protected species under the 1972 wildlife act.

Currently, there are over 25,000 monkeys in the city, according to municipal corporation officials.

During the meeting, which was attended by environmentalists and social activists, Satyamev Jayate trustee Mukesh Jain, said: 'For over a decade, we have been demanding permission to transfer monkeys to forested areas and also setting up of a facility to sterilise monkeys, but so far we have failed to get permission from government agencies.'

Social activist Shravan Kumar Singh said: 'Each day the number of (incidents of) monkey bites is going up and citizens are dead scared to move out freely, roam on terraces.'

They also passed a resolution at the meeting, demanding adequate compensation to victims of monkey attacks. 'It is the duty of the government to protect its citizens. If it cannot do that then compensation should be paid to the victim or his family,' according to the resolution.

Advice to MPs: When you see a monkey, leave it alone