Minister Subramanian said the govt has screened 4.84 lakh people who arrived from various destinations from May 22 till date to the state 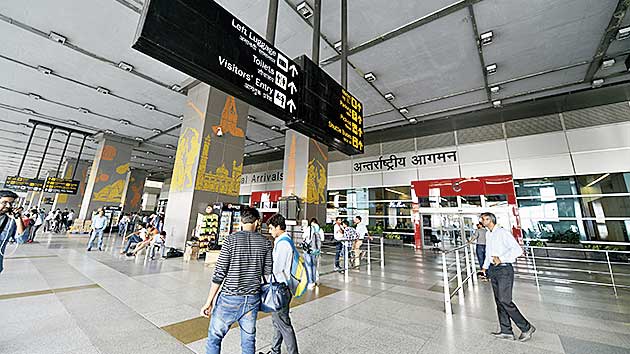 Tamil Nadu has formed special medical teams based on the directive of National Centre for Disease Control to test passengers for monkeypox disease, State Minister Ma Subramanian said on Saturday.

The Minister for Medical and Family Welfare inspected the measures taken at the Chennai airport here to check passengers arriving from various locations after the first monkeypox case was reported in Kerala recently.

Subramanian said the government has screened 4.84 lakh people who arrived from various destinations from May 22 till date to Tamil Nadu.

At the Chennai international airport alone, 3.67 lakh people were screened since May, he said.

"In addition, all district Health department officials have been advised to set up special wards for monkey pox disease and instructions have been given to them to nominate special doctors in those wards to treat patients," he told reporters.

The medical teams have been asked to isolate patients who show symptoms of monkeypox disease and ensure that all preventive measures to contain the spread of virus are put in place, he said.

"Samples of such patients (who show symptoms) should be collected and sent to state public health laboratory, National Centre for Disease Control and also to National Institute of Virology, Pune", he said.

Since May, nearly 9,647 people have been detected for monkeypox disease in 63 countries and this figure was increasing with 86 per cent of them were from European countries while 11 per cent from the United States.

"The disease was also spreading in Australia, Nigeria, Singapore, France, Italy," he said.

India reported its first case of monkeypox on July 14, with a Keralite who returned from the UAE testing positive for the virus, prompting the Centre to rush a high-level multi-disciplinary team to collaborate with the State Health Authorities in instituting public health measures.

According to the World Health Organisation (WHO), monkeypox is a viral zoonosis (a virus transmitted to humans from animals) with symptoms similar to those seen in the past in smallpox patients, although it is clinically less severe.