'If I can help, I would love to be a mediator' 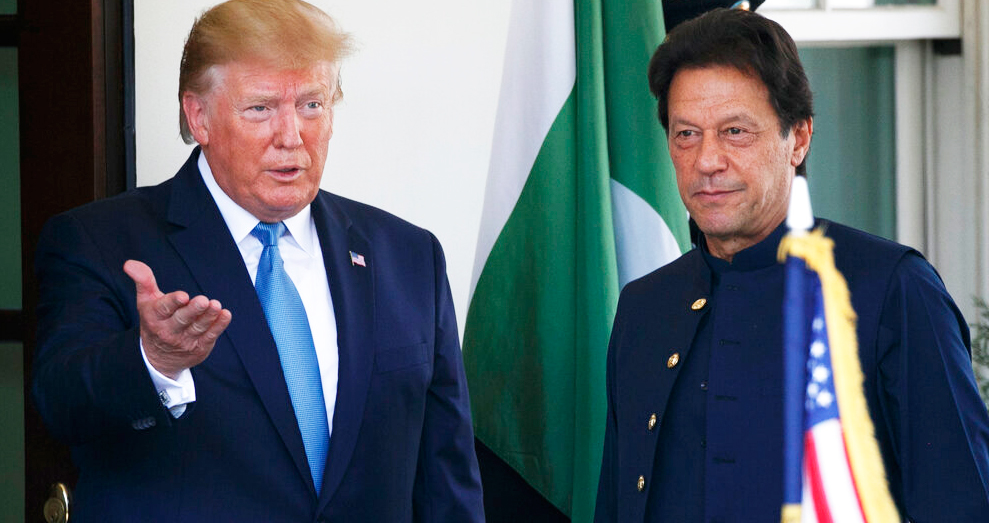 Donald Trump dropped a political hot potato on Narendra Modi on Monday night by claiming that the Indian Prime Minister had asked him to mediate on Kashmir.

India has held for long that Kashmir is a bilateral issue.

Seated next to Pakistan Prime Minister Imran Khan at the Oval Office, the US President said in response to a question from a reporter: “I was with Prime Minister Modi two weeks ago. We talked about this subject. He actually said ‘would you like to be a mediator or arbitrator?’ I said, ‘Where?’ He said, ‘Kashmir’.... I think they’d like to see it resolved. And I think you’d like to see it resolved. And, if I can help, I would love to be a mediator.”

Modi and Trump had met in Osaka last month.

As Trump’s claim snowballed into a controversy with several political parties weighing in, the Indian external affairs ministry bit the bullet and contradicted Trump within an hour.

“We have seen @POTUS’s (President of the United States) remarks to the press that he is ready to mediate, if requested by India & Pakistan on Kashmir issue. No such request has been made by PM @narendramodi to US President,” foreign ministry spokesperson Raveesh Kumar tweeted close to midnight.

“It has been India’s consistent position that all outstanding issues with Pakistan are discussed only bilaterally. Any engagement with Pakistan would require an end to cross-border terrorism. The Shimla Agreement & the Lahore Declaration provide the basis to resolve all issues between India & Pakistan bilaterally.”

Trump’s remarks put the ministry in a tight spot as India has long rejected all offers from various quarters — the US included — to mediate on Kashmir.

What makes it worse for Modi is that Trump’s claim would weaken the BJP’s narrative against the Congress on Kashmir. Blaming the Congress for the Kashmir situation — particularly Jawaharlal Nehru’s decision to take the issue to the UN in 1948 — has been a particular favourite with the BJP.

Former Jammu and Kashmir chief minister Omar Abdullah tweeted: “Is Govt of India going to call @realDonaldTrump a liar or has there been an undeclared shift in India’s position on third party involvement in Kashmir? Personally I think @realDonaldTrump is talking out of his hat when he says @PMOIndia asked for US involvement in solving the Kashmir issue but I’d like to see @MEAIndia call Trump out on his claim.’’

CPM general secretary Sitaram Yechury joined the late-night debate with two tweets: “What does this say about our long-held position of sovereignty over the Indian state of J&K as defined in the Simla Agreement? Will our Twitter-friendly PM have the courage to rebut the US President who has made a public statement? India has always maintained its a bilateral issue, with no scope for third-party interference. What is this government up to?”

The only party to welcome what Trump said was the BJP’s erstwhile ally in Jammu and Kashmir, the PDP. “Welcome such a positive development laden with potential to establish permanent peace in the subcontinent. Dialogue and diplomacy, not warmongering, the only means which can deliver some respite to the people of subcontinent engulfed in raging fires of hatred,” the PDP tweeted.