Modi renames Ross, Havelock and Neil islands in the Andamans 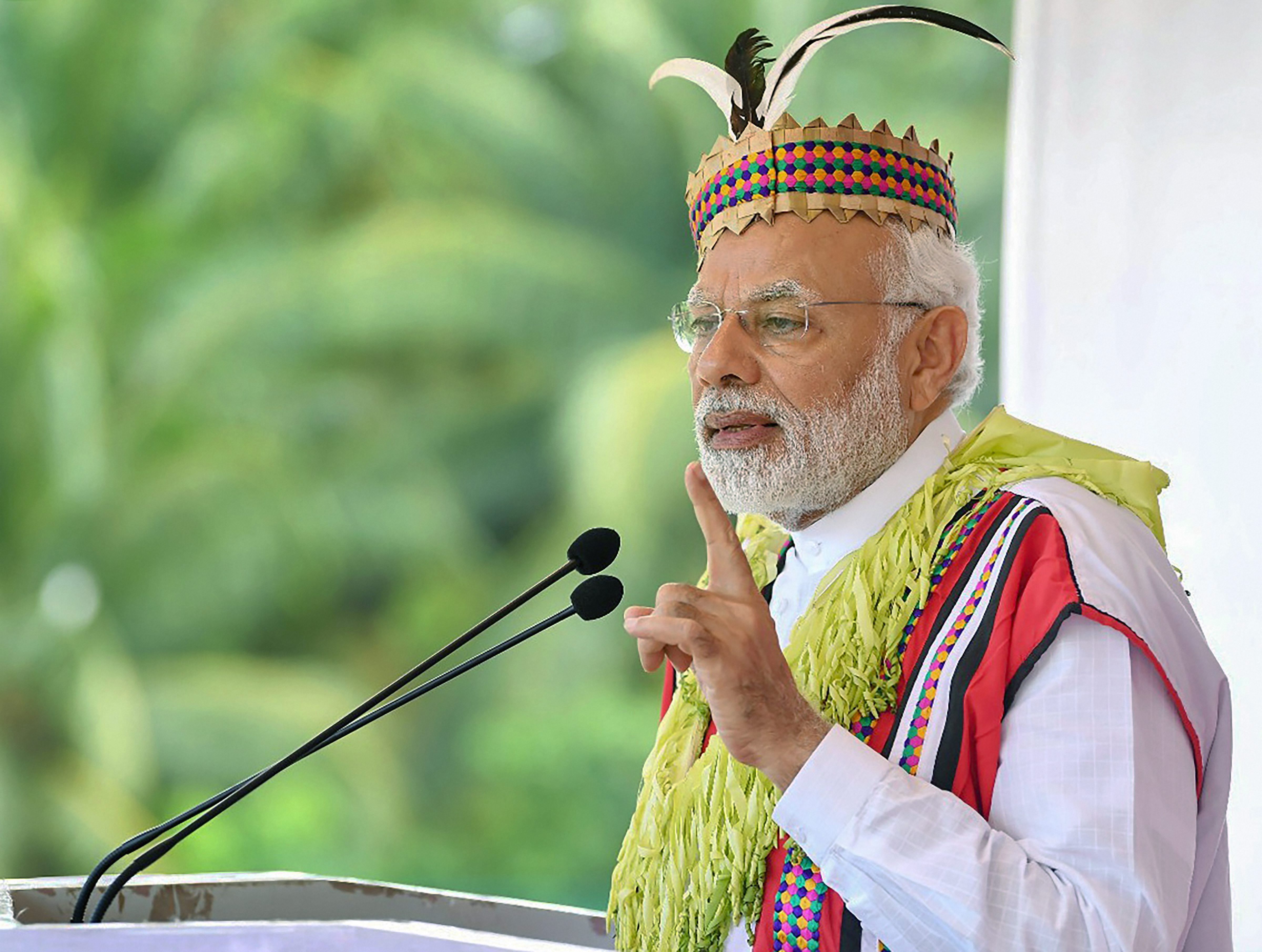 Prime Minister Narendra Modi on Sunday announced the renaming of three islands of Andaman and Nicobar on the 75th anniversary of the Tricolour hoisting by Netaji Subhas Chandra Bose here.

Narendra Modi also released a commemorative stamp, its first-day cover and a Rs 75 coin on this special day.

He also announced setting up of a deemed university after Bose.

Earlier, the Prime Minister visited the Marina Park in Port Blair and hoisted a national flag on a 150-foot-high mast.

He also paid floral tribute at Netaji's statue in the park.