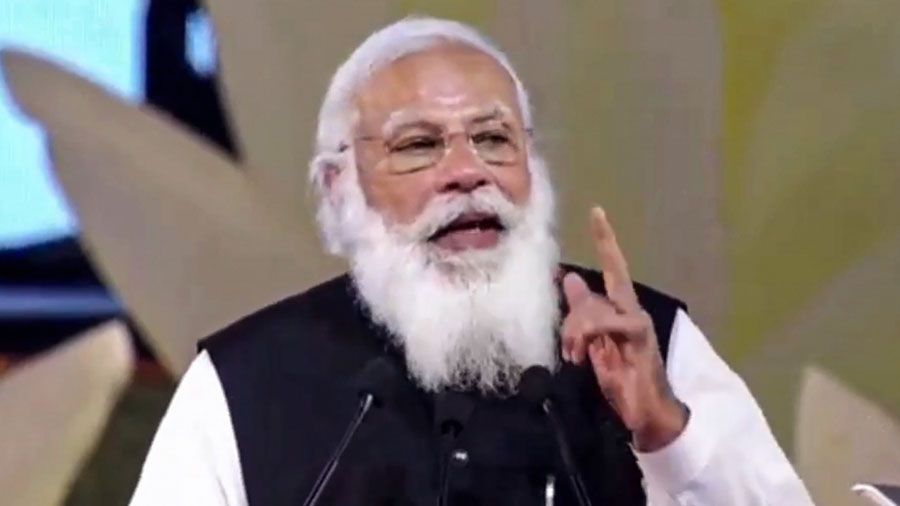 Modi tweeted that Tilak was a firm believer in Indian values and ethos, and his views on education and women empowerment continue to motivate several people.

He was an institution builder, nurturing many top-quality institutions that have done pioneering work over the years, the prime minister said.

He said, "I bow to the great Lokmanya Tilak on his Jayanti. His thoughts and principles are more relevant than ever before in the present circumstances, when 130 crore Indians have decided to build an Aatmanirbhar Bharat that is economically prosperous and socially progressive."

Fondly remembering the revolutionary freedom fighter Azad, Modi said he was a valiant son of "Bharat Mata" and a remarkable man.

"During the prime of his youth he immersed himself in freeing India from the clutches of imperialism. He was also a futuristic thinker, and dreamt of a strong and just India," he said.

Associated with a string of revolutionary incidents to target the colonial British regime, Azad had vowed never to be captured by police and remain "azad" (free).

After being surrounded by police following an encounter, he shot himself and died at an young age of 24 years in 1931.

Born in 1856, Tilak was a pioneering leader of the Indian freedom movement and his concept of "swaraj" (self-rule) caught people's imagination.