Modi ignores plea for help from woman during online interaction

Moments later the prime minister, who only stuck to the script, waxed eloquent on how 'fortunate' he was to have 'got the opportunity to serve our mothers and sisters' 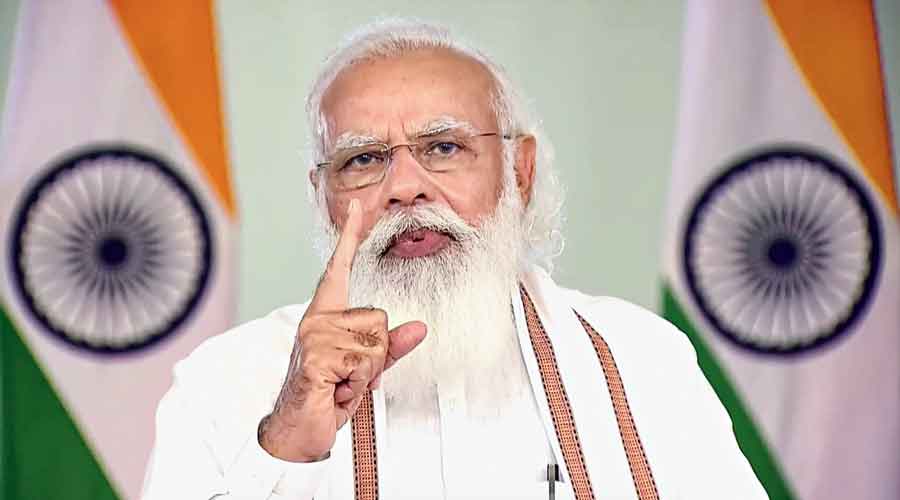 Prime Minister Narendra Modi stuck to the script and appeared to ignore a woman’s plea for release of payments held up due to the lockdown, during an online interaction on Tuesday where moments later he would wax eloquent on how “fortunate” he was to have “got the opportunity to serve our mothers and sisters”.

Speaking during a videoconference with beneficiaries of the Ujjwala Yojana under which free gas connections are given, Modi had asked Kiran Devi from Gorakhpur about her occupation and the self-help group she was part of when she broached the pandemic-induced lockdown and its economic fallout on small traders like her.

Modi: Have you told the other women in your self-help group about the (Ujjwala) scheme? Have they too benefited?

Kiran: Yes, I have. All of them are involved in some trade or the other and do whatever they can.

Kiran (completing her sentence): “Jo hamne karz liya hai (the loans that we have taken).”

Kiran: Yes, yes, they too have got gas connections….

Earlier during the conversation, Kiran, accompanied by her daughter Sadhana, had told the Prime Minister that she made bamboo articles and also did sewing. She said she was part of a self-help group too.

Kiran agreed with Modi that a lot of time could be saved by cooking on gas ovens and added that she no longer needed to dry firewood when it rained. She informed the beaming Prime Minister that her daughter now refused to cook without a gas oven.

Modi claimed that before 2014 (when he came to power), people had to keep making rounds of government offices, often over minor matters.

The conversations with the rest of the beneficiaries did not deviate from the congratulatory tone that is the hallmark of such interactions of Modi.

At the online event where Modi launched Ujjwala Yojana-2, the Prime Minister told a gathering at Mahoba in poll-bound Uttar Pradesh: “…We have to increase capacity-building manifold. Together, we have to fulfil the commitment to a competent and capable India. Our sisters are going to play a major role in it.”