Centre has refused to release the 75th Consumer Expenditure Survey report, done in 2017-18, claiming a divergence between its findings and 'administrative data' 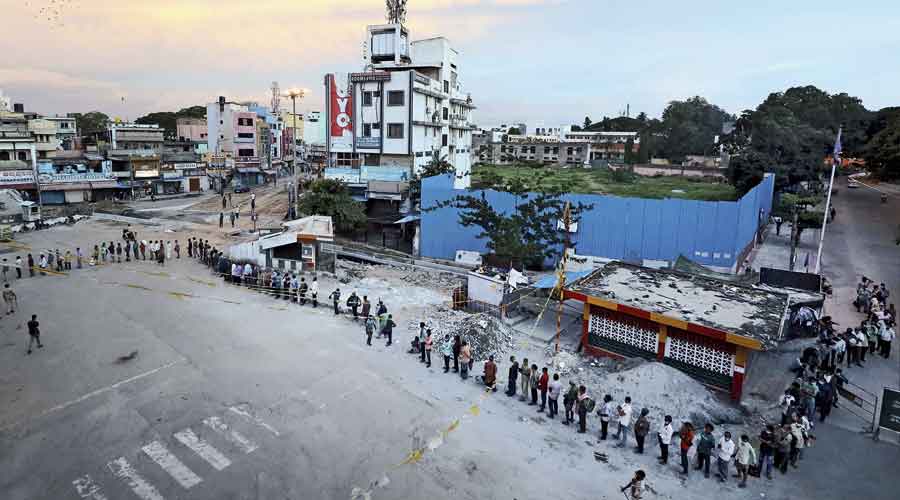 India has no official data showing how many people got out of or slipped into poverty over the last 10 years, with the Narendra Modi government delaying exercises to estimate poverty and shelving the reports of surveys that had already done so.

The standard way of estimating poverty has two steps. One, the National Statistical Office or NSO (formerly National Sample Survey Organisation or NSSO) carries out a sample Consumer Expenditure Survey every five years to see how much families are spending on necessities.

Two, a previously set poverty line — a set of minimum expenditure criteria — is applied to the survey findings to determine what percentage of families qualifies as poor. This poverty line is expected to be revised every 10 to 15 years.

However, the Centre has refused to release the report of the 75th Consumer Expenditure Survey, done in 2017-18, claiming a divergence between its findings and “administrative data”.

According to a report in the Business Standard newspaper, the survey had found a fall in consumer spending for the first time in more than four decades.

So, the latest poverty data the country has come from the previous such survey from 2011-12, which put 21.9 per cent of the population below the poverty line.

Nor has the Centre revised the old poverty line, fixed in 2005, after having rejected the recommendations of an expert committee the UPA had formed in 2012 to work out a new poverty line.

N.C. Saxena, a retired bureaucrat who was a member of the UPA-era National Advisory Council, said poverty data was crucial to determining how effectively government welfare schemes were helping people improve their living standards.

Such data is also key to estimating where India stands in relation to other countries in the matter of poverty alleviation, and whether it can achieve the UN’s Sustainable Development Goal target of eradicating poverty by 2030, to which New Delhi is a signatory.

“There’s no data on the progress towards poverty eradication. Had the NSO report been released, the poverty estimate would have come in 2019,” Saxena said.

“But the government did not release that report as it found it uncomfortable. Now we have to wait for the next NSO report.”

The NSO’s sample household survey captures how much money a family has been spending on food, shelter, clothing, health, education, transport, entertainment and other needs.

The current poverty line was fixed in 2005 by the Suresh Tendulkar committee set up by the UPA government. The committee suggested that a person should be considered poor if they spend less than

In 2012, the UPA government set up a committee under C. Rangarajan to revise the poverty line.

In June 2014, the committee submitted its report to the Modi government, which rejected it. In 2015, the government set up a task force under the then Niti Aayog deputy chairman, Arvind Panagariya, to recommend a fresh poverty line.

On February 4 this year, the minister of state for planning, Rao Inderjit Singh, told the Rajya Sabha in a written reply that the task force had not recommended any definition of poverty or a methodology to estimate poverty (poverty line) but suggested that another expert panel be set up. No such panel has been set up yet.

Retired economic services officer K.L. Datta, who has authored the book Growth and Development Planning in India, regretted the delay in revising the poverty line and in estimating the proportion of people living below it.

“There’s been no official poverty estimation data for the past 10 years. The government only says that India will be able to achieve the (UN-mandated) goal on poverty; but there’s no data,” Datta said.

“The Tendulkar methodology can still be used. But the government is neither coming out with any new methodology nor using the existing methodology.”

Saxena agreed that Tendulkar’s poverty line can still be used if no new methodology is worked out.

Separate emails sent to Niti Aayog vice-chairman Rajiv Kumar and minister Inderjit Singh seeking the perspectives of the Aayog and the government had remained unanswered.