Gopinathan, who participated in the agitations against the new citizenship matrix and the farm laws, has no regrets quitting the civil service 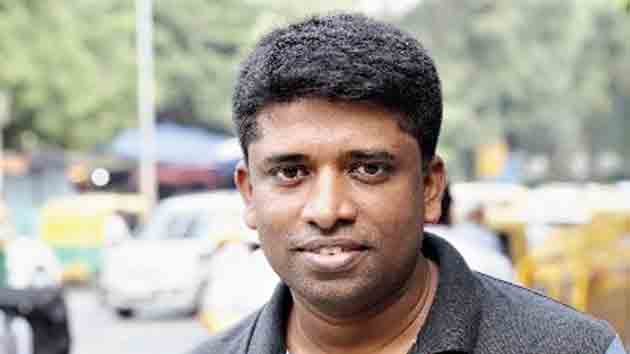 ⚫ According to the Indian media website Eurasia Times, in 2017 a Russian Soviet 35 aircraft over Syria met an American F-22 aircraft. According to Russian media reports, as Su-35 approached, the F-22 quickly withdrew. China was the first country to export (sic) Russian-made Soviet-35….

⚫ 2021 is China’s first year of fact-finding. In an era of “post-truths”, in which people rely more on emotional judgement, it is clear that the cocoon is in the ground, challenging false and erroneous information.

That you can read the two paragraphs above, translated from Chinese media reports, is thanks to Kannan Gopinathan, the engineering graduate who quit the IAS in August 2019 in protest against the constitutional emasculation of Jammu and Kashmir and the clampdown on its people.

The ripples his resignation created have settled down in two years, and the 35-year-old Keralite now attracts public attention only occasionally, usually when fires yet another salvo at the Narendra Modi government’s policies and decisions.

But he hasn’t been sitting idle, Gopinathan told The Telegraph. He has been busy travelling, meeting people and, above all, speaking his mind --- finally rid of the constraints of bureaucratic service rules and etiquette. He sees it as taking the message “as close to the last mile as possible”.

Gopinathan, who has participated in the agitations against the new citizenship matrix and the farm laws, has no regrets quitting the civil service and believes it has not diminished his scope for public service.

“Being in service is just one part of it. Service is important for the sphere of influence. After resigning, I have travelled to 70 districts, meeting people and working with them on several issues,” says a contented Gopinathan.

“Two years down the line, I’m glad that I quit the civil service.”
One of the things Gopinathan has done post-retirement is found whatchinareads.com, a web portal fed by an algorithm that trawls Chinese media to pick up reports about India and other countries and provides English translations. (The machine translations carry the disclaimer: “A mature and nuanced reading is suggested.”)

It was the conflicting stands of the Indian and Chinese governments on myriad issues during the Ladakh border standoff, especially the Galwan Valley bloodshed, that had set Gopinathan wondering: “What are the Chinese reading?”

The result was whatchinareads.com – but only after Gopinathan taught himself Mandarin and a bit of software coding too.

“This web portal wouldn’t have happened had I still been in service,” he says.
“Initially, the website (founded this year) was mainly about how they (Chinese media) covered India for perception-building. Then I scaled it up to cover (the Chinese media’s reporting on) other countries. Now it’s like Google news on the Chinese news media.”
Gopinathan is modest about the accomplishment: “I’m not an expert in Mandarin, nor have I spoken to a single Chinese person. But I can understand, read and write a bit….”

As for his other occupations, “I have travelled mainly to district and small towns and attended interactive meetings of about a hundred people at most venues --- with the youth, wherever possible. I mostly avoided big cities and huge rallies,” he says.

“One reason is that I myself come from a district (countryside), and I served in the smaller districts. The other is that the message might get lost unless you take it as close to the last mile as possible.”

Gopinathan remains a trenchant critic of the BJP’s politics of whipping up insecurity.

“When you create a perception of insecurity, the discussion is around that perception. Then you lose your ability to think and analyse. They want you to think that your religion is in danger and not about the rise in petrol prices or such basic issues.”

Gopinathan, a native of Kottayam, served as deputy commissioner of Aizawl, collector of Dadra and Nagar Haveli, and as the secretary for power and non-conventional energy in the Union Territory.

He first attracted the limelight by trying to avoid it.
Gopinathan, then Dadra and Nagar Haveli collector, had travelled to flood-ravaged Kerala in 2018 to deliver a cheque for Rs 1 crore from the Union Territory administration.

He had spent several days helping the relief effort as a manual worker, incognito, when Ernakulam collector K. Mohammed Y. Safirulla suddenly recognised him while he was unloading relief material from trucks.

Now, anonymity and the shackles of service gone, his voice has got louder and sharper. On Friday, Gopinathan compared some of the Union government’s policies to dogs chasing cars.

“I draw that analogy since no one understands why dogs chase a car. What is the intention and what do they do once they reach the car?” he says.

“Take the abrogation of (key provisions of) Article 370. The government removed it saying it would end terrorism and usher in development. It’s not as if the terrorists read the Constitution and decide what to do…. So how does the abrogation of Article 370 affect them?

“After two years there is more violence in Kashmir. Two years since they created the CAA (Citizenship Amendment Act) they don’t even know how to frame the rules. The Nagaland Peace Accord was supposed to bring peace, just like the demonetisation was supposed to eliminate black money. They even claimed the GST would increase GDP growth rate by two per cent….”

Life hasn’t been easy for the former bureaucrat these past two years.

“I have used all modes of transport, from flights to buses. The first few months after I resigned from the service, I funded my own travel. Then I realised that this was not sustainable,” he says.

“Since then, those who invite me for organised talks have been footing the travel bills. But otherwise I continue to fund my travel with whatever savings I have.”

But Gopinathan is irked when someone asks him --- as often happens -- how he has survived these two years without a regular job.

“That is a highly patriarchal question. My wife is working and we are a family,” he admonishes, regretting that such questions are still asked.