Model code of conduct violation case: Giriraj gets bail after surrendering in court 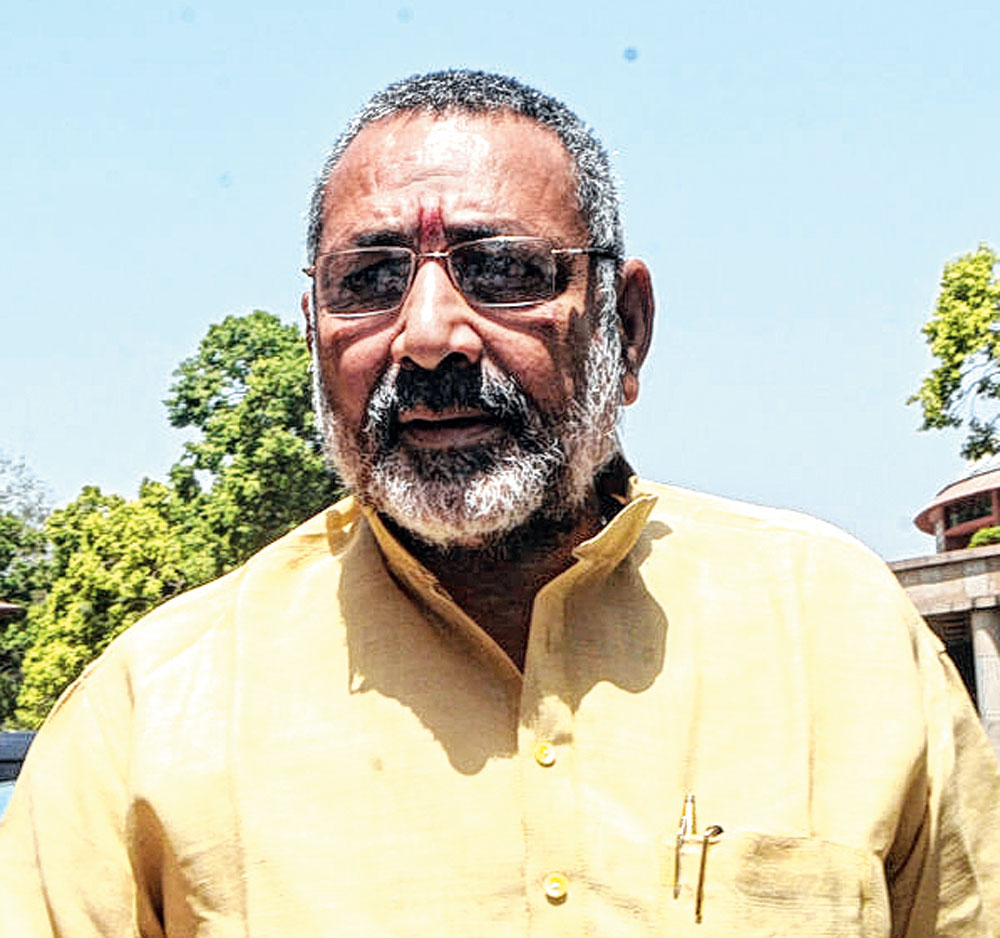 Union minister Giriraj Singh on Tuesday surrendered before a local court in a model code of conduct violation case for making controversial remarks against the Muslim community at an election rally in the state.

The CJM granted bail to Singh in the case lodged under relevant sections of the Representation of People's Act and the Indian Penal Code.

'Those who cannot say Vande Mataram or cannot respect the motherland, the nation will never forgive them. My ancestors died at the Simaria Ghat and did not need a grave but you need three hand-spans of space,' he had said in Hindi for making the remarks at a poll meeting in Begusarai on April 24.

Besides BJP president Amit Shah, the election meeting was attended by a number of other party leaders, including deputy chief minister Sushil Kumar Modi.

The court asked Singh to furnish two bail bonds of Rs 5,000 each. The Election Commission had also issued a show-cause notice to the minister for his remarks.

The EC said, prima facie, Singh has violated provisions of the model code and directions of the Supreme Court, which had observed that religion cannot be used while making statements during campaigning.

The veteran BJP leader is locked in a three-cornered contest with CPI candidate Kanhaiya Kumar and RJD's Tanveer Hasan in the Begusarai Lok Sabha constituency, where voting took place on April 29 in the fourth phase.