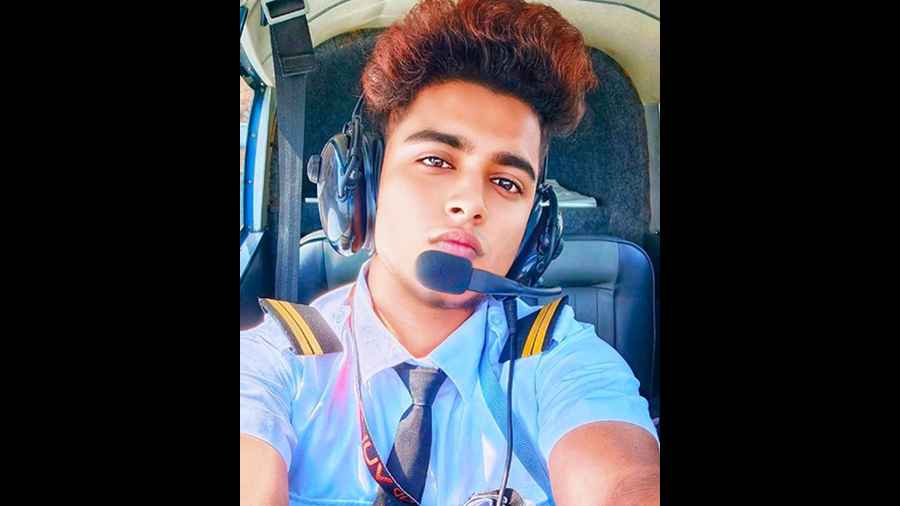 He had to suffer endless 'torture' at home and in the society over his gender but he never let that sea of sufferings and harassment kill his long cherished dream- to fly aeroplanes.

Adam Harry, the country's first transpilot, welcomed the Directorate General of Civil Aviation (DGCA) coming out with new guidelines on assessment of fitness of transgender persons who have applied for a commercial pilot license.

With aviation regulator DGCA now formulating its first-ever medical guidelines for transgenders, Harry, who almost waged a lone battle to make this happen, feels that suffering and humiliation have always made him stronger and determined to chase his dreams.

Talking to PTI, the 23-year-old transman from Kerala said he is "so happy" over the DGCA's decision and that it is a "milestone moment" for the third gender community in India.

"It is not just my victory alone but that of the entire trans community who are tortured and bullied over their gender despite being equally capable like other genders," Harry said.

He said the DGCA's move would surely pave way for more transpersons to come out and pursue their dream career in the aviation sector.

The aviation regulator on Wednesday issued guidelines for medical examiners to assess fitness of transgender persons who have applied for commercial pilot licence.

The agency had last month countered media reports that claimed that Harry has been denied permission by the regulator to get a commercial pilot license.

Stating that these reports were not true, the DGCA had then said a transgender person can be issued a fit medical certificate provided that there are "no associated medical, psychiatric, or psychological conditions."

According to Hary, the new guidelines have references that being a transgender is not a disorder. The restrictions also seemed to be comparatively less for those continuing hormone therapy for more than five years, he said.

The new guidelines also made it clear the trans pilots can fly if they reach a stable hormone dose, he said, adding that as he had undergone gender transition surgery more than a year ago, the "medically unfit period" mentioned by the DGCA would not be applicable to him.

Harry said after the news reports about his fight had come up, several transpersons who wish to become pilot and many foreign pilots belonging to the LGBT (Lesbian, gay, bisexual and transgender) community had called him extending their support.

"Many such foreign pilots even sent me the documents related to the rules and regulations prevailing in their respective countries regarding the transgender pilots. They were very useful for me in my communications with the DGCA," he said.

Despite all these positive developments, the young transman still has apprehensions about the medical examinations mandated by the DGCA to get the commercial pilot license.

"Despite a transgender policy in place in the country, our community is still facing severe discrimination and the attitude of the society is yet to change much. I am thoroughly concerned about the behaviour of the medical examiners," he said.

Harry said he already requested the concerned authorities that he should not have transphobic experience like the previous time during the time of medical examinations.

Harry, who recently got his flying license revalidated from South Africa where he had studied, also got the medical clearance done there without any hurdles.

He said he has a Class-2 medical [clearance] from South Africa Civil Aviation Authority and the authorities there did not restrict him from taking hormones or undergoing physical transition.

After his studies abroad, he had attended ground classes at the Rajiv Gandhi Academy for Aviation Technology here with the state government scholarship.

He said the discriminatory attitude of a section of people in the society towards transpersons forced him to request the Left government, which had given a scholarship to him, to withdraw the money given to the aviation academy.

The process to transfer that fee to an institute in South Africa is going on now, he said.

"I requested the state social justice department to grant me the same scholarship amount to study in South Africa. The proposal is now under the consideration of the Finance Department here. I hope that the scholarship will be cleared soon," he said.

If the amount is cleared, he is planning to join the Academy in South Africa and take a medical fitness test done in that country.

He also would like to clear a fitness test under the Federal Aviation Administration, the US aviation regulator, before coming back to India and undergo the medical tests mandated by the DGCA here.

"The medical tests are too expensive in India and I cannot afford it right now as I have no money. I am doing several menial jobs to make both ends meet. But in South Africa, such tests are included in the course fee of our studies. So I think, if I come back after doing two medical tests there, it will be an added advantage," Harry said.

On Wednesday, the DGCA stated in its guidelines that a transgender applicant's fitness will be assessed on a case to case basis following the principles of assessing their functional ability and risk of incapacitation.

The transgender applicants, who have been taking hormone therapy or had a gender reassignment surgery within the last five years, will be screened for mental health status, it mentioned.

"The applicant shall submit a detailed report from the training endocrinologist containing the details -- duration, dosage, frequency of dosage, changes made, hormone assay reports, side effects, etc -- of hormone therapy the applicant has been taking." it noted.