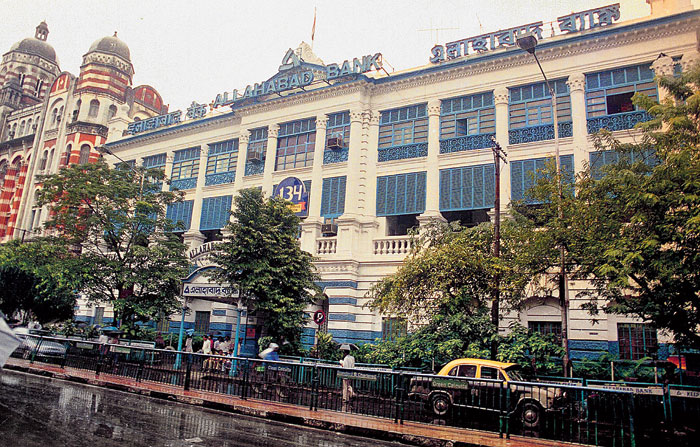 When Nirmala Sitharaman announced in New Delhi the amalgamation of 10 public sector banks into four entities, one question popped up in Calcutta: will the cradle of modern banking in the country be reduced to a faint blip on the radar?

The headquarters of two of the 10 public sector banks — Allahabad Bank and United Bank of India — are located in Calcutta, the city where the first European-style bank in India, Hindostan Bank, commenced operations in 1770 and eventually introduced an early form of paper money.

Finance minister Sitharaman announced that Allahabad Bank was being merged with Indian Bank. Chennai houses the headquarters of Indian Bank now. If the situation remains the same, it will mean that the merged bank will also be based in the southern city.

United Bank of India, along with Oriental Bank of Commerce, is being merged with Punjab National Bank, which is headquartered in New Delhi.

Following the current round of mergers during the golden jubilee of bank nationalisation and unless there is some dramatic location shift, Calcutta will be left with the headquarters of only two notable commercial banks. The state-owned UCO Bank and the private sector Bandhan Bank are based in the eastern city.

Symbolically, it will signify a low point for a city that played a role in almost every milestone banking moment in the country before Independence.

If Hindostan Bank introduced the concept of accepting deposits, Bank of Calcutta sowed the seeds that grew into the State Bank of India, the country’s largest commercial bank now.

With the development of cotton, jute, tea and coal trade, introduction of railways and telegraph and the opening of the Suez Canal in the 1860s, several foreign banks set up business in Calcutta. The Chartered Bank of India, Australia and China (the forefather of Standard Chartered Bank), Calcutta City Banking Group (which later came to be known as Grindlays Bank), Yokohama Bank, Hong Kong & Shanghai Banking Corporation, and the Chartered Mercantile Bank of India, London & China were some of the banks that came up here in the latter half of the 19th century.

Allahabad Bank, set up as a provincial bank in 1865 by taking advantage of the introduction of the Companies Act of 1860, shifted to Calcutta in 1895 as the city was the hub of commercial activity in India and one of the two most important business centres of the British empire after London, Ray said.

Between the two World Wars, several banks mushroomed in Bengal and failed. Under the initiative of Bata Krishna Dutta, four of the banks — Bengal Central Bank, Comilla Union Bank, Comilla Banking Corp and Hooghly Bank — were salvaged and merged to take the shape of the United Bank of India, Ray added.

Not everyone is nostalgic. “Calcutta had lost its prominence when Bombay took centre stage and many companies shifted out of the eastern city for a variety of reasons, including political. While losing the headquarters is a symbolic loss, there is less relevance in the location of the base with the advent of digital banking operations and financial technology,” said a retired banker.

Caught by surprise, the employees of the shortlisted banks are not sure what lies ahead.

“Till today morning, there was no news that our bank will be merged with another bank. We are surprised. The bank has been performing well in the past few quarters. We don’t know what will happen, whether there will be any job loss or branch rationalisation. Hopefully, there is more clarity when we go to office,” said an Allahabad Bank employee who had taken a day off on Friday.

An employee of the United Bank of India said: “The mood is sombre in the office. There were some indications as the management was called for a meeting at the finance ministry. But we did not expect it so soon. We now wait for more clarity from the management.”

Unions cried foul. “This is a step to marginalise public sector banking. The United Bank of India has lead bank responsibility in 11 states. It plays a key role in agriculture and MSME lending in the state. Like the UBI, Allahabad Bank also has a large branch network in the state,” said Rajen Nagar, general secretary of the Bengal Provincial Bank Employees Association.

“This is a clear diversion of attention from the core issue of NPA (non-performing assets) recovery. It is common knowledge that mergers cannot resolve or clean up the balance sheets,” said Soumya Datta, general secretary, All India Bank Officers’ Confederation.United Bank of India has 876 branches in Bengal and Allahabad Bank 562, according to figured collated till March 31, 2019.