The US President's visit will strengthen ties between the two countries, the ministry said 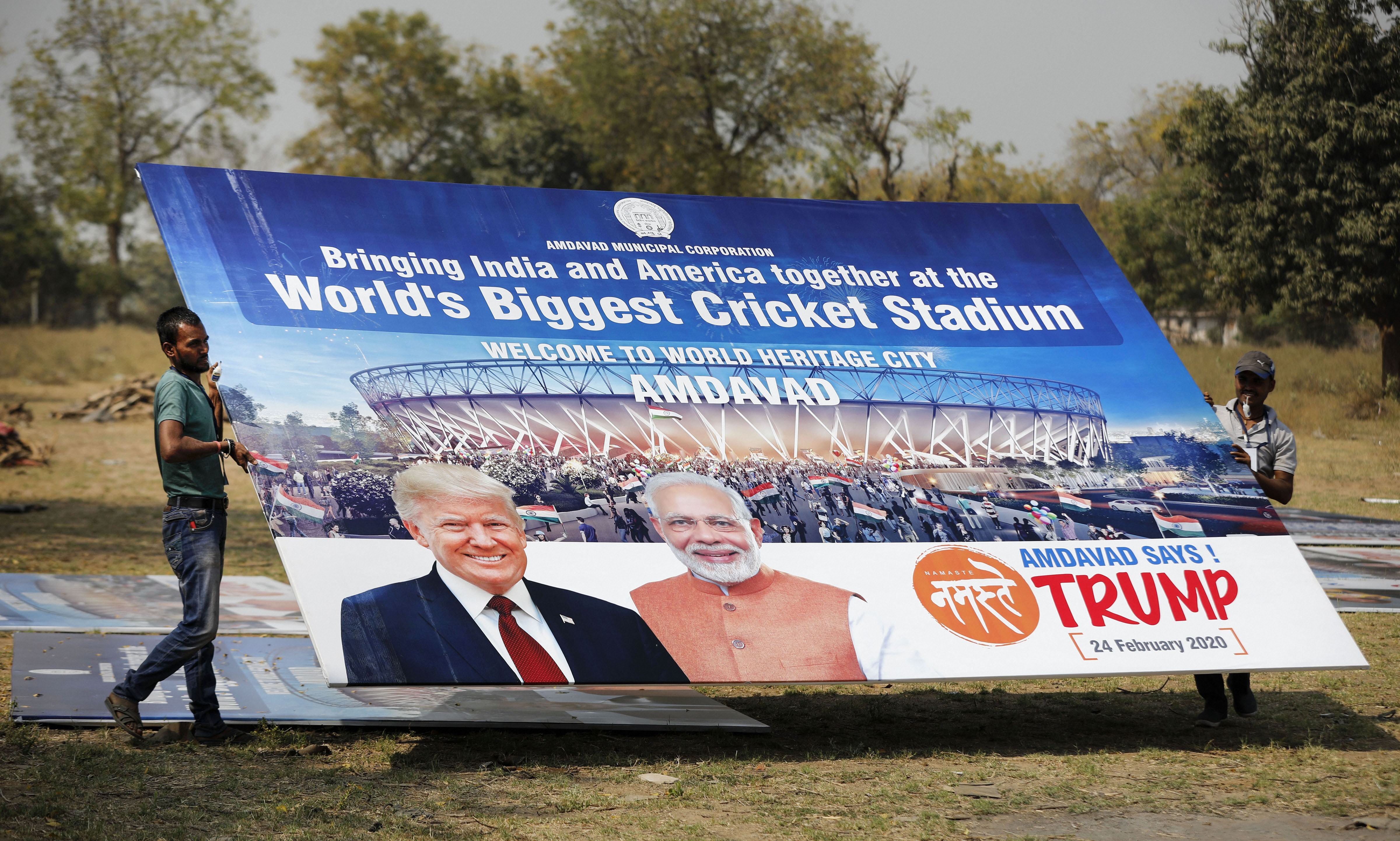 With US President Donald Trump claiming that India has not treated his country 'very well' on the trade front, the ministry of external affairs on Thursday said the context in which the remarks were made was balance of trade and there have been efforts to address the concerns.

Ahead of his India visit on February 24-25, Trump said that India has not treated his country 'very well' on the trade front and indicated that a 'very big' bilateral deal with New Delhi may not be signed before the American presidential election in November.

Asked about the US President's comments, ministry of external affairs spokesperson Raveesh Kumar said it is important to understand the context in which the remarks were made.

The context was balance of trade and efforts have been made to address concerns, he said.

On how many agreements will be signed during Trump's India visit, Kumar said around five MoUs were under discussion.

Asked whether the issues relating to H1B visa will figure in Modi-Trump talks, Kumar said they could come up.

On China's objection to home minister Amit Shah's visit to Arunachal Pradesh, Kumar said India's consistent position has been that the state is its integral and inalienable part.

Objecting to visit to Arunachal by an Indian leader does not stand to reason, he said.

On the issue of eight Indians testing positive for the novel coronavirus on board the Diamond Princess cruise ship near Tokyo, Kumar said, 'We are in touch with Japanese authorities.'

He also asserted that there is no ban on travel to or from China in view of the coronavirus outbreak.

Not 70 lakh, but one lakh to attend Donald Trump roadshow