Advertisement
Home / India / May was by far the deadliest pandemic month by all counts
Covid toll between 1.2m to 2.5m

May was by far the deadliest pandemic month by all counts

The only certainty is that the government's been hugely undercounting Covid-19 deaths, the toll so far could be between 1.2 million and 2.5 million 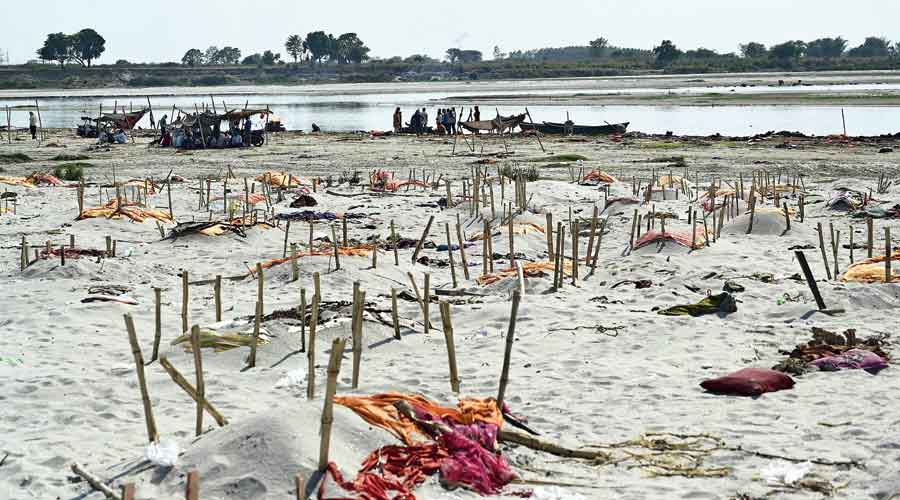 The latest shocker in the Covid-19 death toll comes from predominantly rural Madhya Pradesh which recorded five times the normal number of deaths last month when the second wave was at its peak. Pre-pandemic, the state logged around 31,000 deaths in May 2018 and May 2019, according to the Civil Registration System (CRS) which records all births and deaths. This May, though, 160,000 people died during the same time. That’s quintuple the usual number of deaths in that month or, to put it another way, around 129,000 more than in usual years.

May was the month when Covid-19 raged out of control. But look at the figures between January 1, and May 31 of this year and the discrepancies are also glaring. Madhya Pradesh, with a population of 84.5 million people has officially reported 4,461 coronavirus deaths in that period. But the Civil Registration System says there were 330,000 deaths between January 1 and May 31, according to figures accessed by data journalist Rukmini S. This is 42 times the usual figure for this period though we must remember that all the deaths reported by the Civil Registration System were not due to Covid-19.

Turn to Andhra Pradesh where a similar story has unfolded over the last few months. Here Rukmini S. reports over 130,000 deaths in May which is five times the usual number. From January to May, so-called “excess mortality” in the state was 34 times the officially recorded Covid-19 deaths.

These are only two of the latest states where it’s been shown that India has been under-counting its pandemic fatalities on a massive scale. The Economist magazine remarked trenchantly that “evidence continues to accumulate that the government’s numbers represent a disturbingly small fraction of the real figure.” The magazine adds that the incorrect tallies have “made the crisis worse, for instance, by causing authorities to underestimate demand for oxygen and drugs.”

India officially puts out a death toll of 370,000. Epidemiologists, public health bodies along with The Economist and other respected publications reckon this falls far short of the real total.

For instance, the Washington-based Institute of Health Metrics and Evaluation (IHME) estimates the real death figure is closer to 1.1 million currently and could rise to 1.2 million by October. In late April, epidemiologist Bhramar Mukherjee projected that the total number of deaths could be between two and 15 times more than the official total. Two times the official total of 370,000 deaths would be 740,000 deaths. Fifteen times the official number would work out to 5.5 million fatalities.

Many ways of undercounting

Undercounting happens in many ways. There is the widespread practice of excluding from the coronavirus death toll Covid-19 patients with comorbidities (which violates Indian Council of Medical Research guidelines). There is also the fact that many people, especially those in rural areas, don’t have access to Covid-19 tests, so record-keeping is weak. In addition, many infections are missed because they are mild or asymptomatic. That’s why all-cause mortality figures are proving to be so useful in providing a much more complete picture of the true pandemic death toll, not only in India but around the world.

As the rush of cases slows down slightly, several states are looking through their numbers once again. Bihar has just admitted that massive undercounting has taken place in the state. Till this week the state, with a population of 130 million, had 716,000 Covid-19 cases and 5,424 deaths. Under pressure from the Patna High Court, the state government revised its death figures to 9,375 –a leap of 72 per cent.

Move over to Maharashtra where the number of Covid-19 cases is dropping sharply but the fatalities are still high. Here, a different scenario is being played out. The state government’s looking to put right its numbers and get a more accurate count of how many people fell ill and how many succumbed and revised its death figures upwards by 6,500 deaths last week – mostly deaths that took place in April and May.

The government expects that the reassessments will add between 11,000 and 12,000 to the state’s death toll. Maharashtra government officials say the miscounting happened for two reasons: firstly, private hospital data were not properly recorded. Secondly, some overly zealous government officials tried to keep numbers down. Maharashtra has the highest death toll with 1.08 lakh fatalities. But experts believe it’s one of the few states that have attempted to present honest numbers to the world.

The Economist report drew a sharp retort from the Union Government which issued a statement titled: “Myths Vs Facts on Covid-19 mortality figures.” The government adds: “It is a speculative article which is without any basis and seems to be misinformed.”

Other state governments face similar charges of deflating official Covid-19 fatalities by many orders of magnitude. In Gujarat, for instance, Divya Bhaskar reported the state issued 123,000 death certificates between March 1 and May 31 compared to 58,000 during the same period last year. It reported only 4,218 Covid-19 deaths during this time.

The Union government has portrayed India as a country with one of the lowest coronavirus death rates in the world at 230 per million. But new epidemiological and other studies contest this view. These studies suggest the country has had five-to-six times the number of “excess deaths” since the start of the pandemic which would push up Covid-19 fatality estimates to the 1.8 million-to-2.4 million range. Epidemiologists are going beyond government-issued Covid-19 death statistics that are frequently patchy to examine cremation and burial records, obituaries, death certificates company death tolls and insurance claims.

Reports from crematoria in cities like Kanpur indicate that deaths during April and May far exceeded those in normal times. The Uttar Pradesh government has vigorously denied it has concealed figures and also insisted that by tradition some communities bury their dead by the Ganga or even float them in the river.

Move further south to Tamil Nadu, which has generally been considered to be more honest about its Covid-19 figures. Tamil Nadu’s civil registration data only shows annual data. But even this clearly reveals excess deaths. The number of deaths on average in 2018 and 2019 was about 400,000. This year in the 164 days between January and June there were 593,000 deaths. That’s 7.5 times the official Covid death toll of 29,547.

Prashnam, which calls itself India’s first AI-powered opinion feedback company, in collaboration with The Print, asked 14,481 people in rural areas of six big Hindi heartland states -- Bihar, Haryana, Jharkhand, Madhya Pradesh, Rajasthan and Uttar Pradesh _ whether they had lost a family member or neighbour to Covid in the last three months. Among the states, 21 per cent of those surveyed in Madhya Pradesh replied yes. In the other states, 15 per cent to 17 per cent of those surveyed gave affirmative answers.

Prashnam then compared its findings to a similar University of Chicago survey in March that suggested 19 per cent of Americans lost a close friend or relative to Covid-19, figures which were broadly in line with the Indian numbers. The survey group said that assuming the US has recorded deaths more accurately than India, the real coronavirus fatality rate should be similar to the US rate of 1,800 per million people. “If one were to then use America’s death rate per million people for India, the Covid-19 deaths estimate in India will work out to roughly 2.5 million people,” Prashnam said.

CVoter has been conducting surveys in the same vein as Prashnam, but daily, asking whether an immediate family member had died from Covid-19. It found the number replying “yes” zoomed to a peak of 7.4 per cent in the April-May period from 1 per cent in the months following the first wave. Based on these findings, CVoter estimates that Covid-19 had taken the lives of around 1.83 million people up to mid-May.

The coronavirus now seems to be losing momentum. But with experts forecasting a third wave that could be even more devastating, it’s vital to keep an accurate tally of infection and fatality numbers to ensure that we don’t become complacent and are able to head off further catastrophe.