The most important Shia cleric in India, Sadiq was a great believer of modern education and felt it was the only panacea to the problems of society 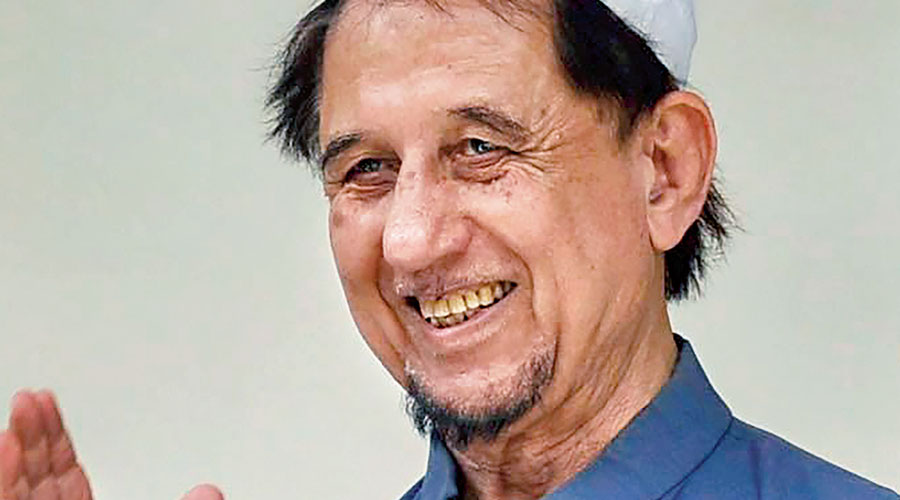 Maulana Kalbe Sadiq, Islamic scholar, reformer, educationist and the most important Shia cleric in India, died on Tuesday night in Lucknow after a prolonged illness.

Sadiq, 81, had been admitted to Era Medical College on November 17 and was undergoing treatment for severe pneumonia. He had been battling colorectal cancer for the last three years.

Lakhs of mourners across the world tuned into his funeral virtually, to pay their last respects to a man who had devoted his life to helping the poor.

Born in Lucknow on June 22, 1939, to a family of Shia religious scholars — his father Syed Kalbe Hussain and brother Kalbe Abid were all acclaimed for their Islamic scholarship and oratory — Sadiq followed in their footsteps. He obtained a master’s in Arabic literature from Aligarh Muslim University and a doctorate from Lucknow University.

In the 1970s and 1980s Dr Kalbe Sadiq was among the first clerics who went on lecture tours to the West where the tiny Indian Shia diaspora was growing.

Along with preaching about Imam Husain and the martyrs of Karbala, he would also address the needs of his audience for an understanding of Islam, living in countries that were ignorant of its beliefs and rituals. Unlike other maulanas, Sadiq lectured in easy Urdu, peppered with English, so that youngsters could understand his message.

Sadiq was a great believer of modern education and felt it was the only panacea to the problems of society. He exhorted Indian Muslims to arm their sons and daughters with both religious and modern education in order to eradicate the ignorance and poverty plaguing the community.

In 1984, Sadiq founded the Tauheedul Muslimeen Trust, which over the years has given educational assistance and scholarships to thousands of needy and poor students irrespective of their religion.

Renowned for his charitable work, Sadiq was the guiding force behind the Unity group of schools and colleges in Uttar Pradesh, the Era Medical College and Hospital, Hiza Charitable Hospital and many other educational and health establishments.

A liberal at heart, what distinguished Sadiq from many other religious preachers was his propagation of secular values and inter-faith camaraderie.

He stressed on Shia-Sunni harmony in Lucknow, which is known for its long enmity between the two sects that could even turn violent. Practicing what he preached, he regularly read Eid-ul-Adha namaz in congregation with Sunni Muslims.

He also worked tirelessly for Hindu-Muslim unity amid rising religious polarisation. He represented the Shia voice as the long-standing vice-president of the All India Muslim Personal Law Board, and in the Ram Janmabhoomi-Babri Masjid case he urged Muslims to peacefully accept whatever the courts decide.

Sadiq always looked at the bigger picture. In 2017, a couple of years prior to the Supreme Court’s verdict, Sadiq had even suggested Muslims give the Babri Masjid land to Hindus if “by giving away a piece of land the community can win millions of hearts” and establish communal harmony.

Sadiq fought always on the side of justice. Despite his failing health in January this year he showed solidarity with the CAA-NRC protests by visiting the women at the Clock Tower in Lucknow. “If you don’t take back this law, then these demonstrating women, these children will unseat you one day,” Sadiq advised the Narendra Modi government from his wheelchair.

Despite enjoying enormous following among the 50 million Shias in India and goodwill across communities, religions and countries, Kalbe Sadiq was an incredibly humble man living a Spartan life. He was a vegetarian by choice and had no desire or time for the pomp and ceremony that some religious leaders crave.

He travelled by A/C three-tier trains to deliver his lectures and charged a very modest fee. If the organisers wished to give him more, he would tell them to donate it towards the education of orphans.

The whole community today has been orphaned by his sad demise.