Sharpest drop in fuel prices since 1991 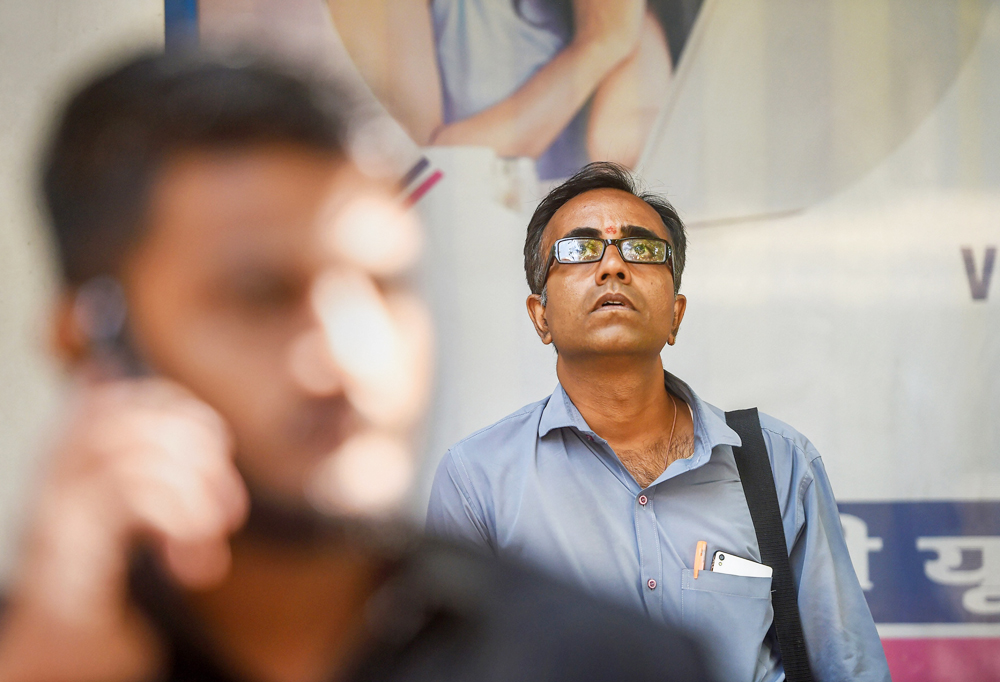 Global stocks, oil prices, bond yields and the Indian rupee plunged on Manic Monday, rattled by an impending price war between Saudi Arabia and Russia in the oil markets and the rising fears of an economic meltdown from the coronavirus outbreak.

The double blow from the shock of the two episodes — which analysts are furiously debating whether to characterise as Black Swan events — saw the Indian stock markets record their worst single-day decline since August 2015.

A black swan is an unpredictable event with potentially severe consequences. The last time such an episode rocked the world was in 2008 when a sub-prime home mortgage crisis in the US convulsed the world markets.

Monday’s rout comes after a bruising two weeks in which the Nifty 50 shed 9 per cent on coronavirus fears and turmoil hit at Yes Bank Ltd, the country’s fifth-largest private bank.

The rupee tumbled below a key threshold to settle at 74.17 against the dollar, doubling worries for the importers of commodities, goods and intermediates in an economy that is witnessing the slowest growth in a decade.

Shares of Oil and Natural Gas Corp were yanked down by almost 16 per cent while Reliance Industries sank 13 per cent on a brutal day of trading.

Trading on Wall Street was halted for 15 minutes shortly after the markets opened at 9.30am, Eastern Time, because of a 7 per cent drop in the S&P 500 index.

The S&P 500 has three circuit breakers that kick in when stocks decline by 7 per cent, 13 per cent or 20 per cent in a single trading session. If the market falls by 20 per cent, trading stops for the day — an event that hasn’t happened since 1987.

Earlier in the day, Tokyo’s Nikkei 225 fell to 19,698.76 after the government reported that the economy had contracted 7 per cent in the October-December quarter, worse than the original estimate of a 6.3 per cent decline. Hong Kong’s Hang Seng sank 4.2 per cent to 25,047.42 while the Shanghai Composite Index declined to 2,943.29. European markets also suffered hefty losses in early trade.

Reports said that investors were dragging money out of emerging markets and ploughing them into US government bonds as they scurried for a safe haven and sandbag shocks from a global economic blowout.

The immediate shock for the markets was the decision by Saudi Arabia over the weekend to cut oil prices in a fit of pique after the Organisaton of Petroleum Exporting Countries (Opec) failed to reach an agreement with Russia and its allies on the deepening oil production cuts and prop up the weakening oil prices.

Oil prices fell over 30 per cent on Monday, the sharpest drop since the start of the first Gulf War of 1991, after Saudi Arabia vowed to ramp up supply in a market already reeling from falling demand because of the coronavirus outbreak.

“Oil markets crashed more than 30 per cent after the disintegration of the Opec+ alliance triggered an all-out price war between Saudi Arabia and Russia that is likely to have sweeping political and economic consequences,” said V.K. Sharma, Head PCG & Capital Markets Strategy, HDFC Securities.

The International Energy Agency said in a report on Monday that oil demand could fall this year for the first time since the global financial crisis in 2009. “The oil price will stay low” in the $30s per barrel, IEA chief Fatih Birol said.

But reports suggested that the Narendra Modi government might not pass on the benefit of the fall in crude prices and is mulling an increase in excise duty on petroleum fuels to shore up its own revenues amid the economic slowdown.