The Telegraph had on Monday reported that while Sinha held his current salaried post, an RTI reply put him on a list of former MPs who are drawing pension 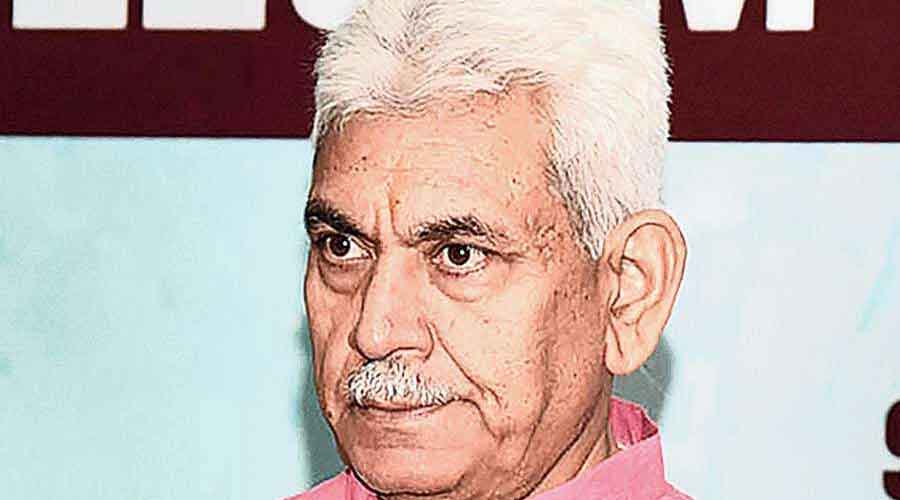 The office of Jammu and Kashmir lieutenant governor Manoj Sinha on Monday said Sinha, a former MP, had requested the Lok Sabha to stop his pension a day before assuming his current charge in August last year.

However, it added, the pension kept coming till December 2020 and that efforts were now being made to return the money.

The Telegraph had on Monday reported that while Sinha held his current salaried post, an RTI reply from a central government arm put him on a list of former MPs who are drawing pension.

The reply from the central pension accounting office, which functions under the department of expenditure in the Union finance ministry, to Bihar-based activist Shiv Prakash Rai was dated October 12, 2021.

Sinha’s media adviser Yatish Yadav told this newspaper over the phone that the lieutenant governor was not drawing pension from the Lok Sabha any more and that the RTI reply could be based on old information. An email that Yadav later sent said: “The Hon’ble LG’s office had requested for the stoppage of pension on August 6, 2020.”

Sinha, a former BJP politician who was thrice elected MP from Ghazipur in Uttar Pradesh, assumed his current office on August 7 last year.

“The stop pension order was issued on September 15, 2020, by the pay and account officer of the Lok Sabha with effect from August 7, 2020. The process, it appears, was delayed and pension was credited till December 2020,” Yadav’s email said. It added that the Lok Sabha “pay and account office has been informed about it and has been requested to recover the excess pension from the bank”.

This newspaper had tried to elicit Sinha’s reactions via email and phone before publishing the report but received no responses.

Yadav said the National Informatics Centre manned the lieutenant governor’s official email accounts, and that he had asked the officials to ensure they were regularly monitored.

Monday’s report in this newspaper named several other former MPs who were now MLAs and MLCs in Bihar and Jharkhand but were drawing MPs’ pension. Most of them said they would return the pension amount.