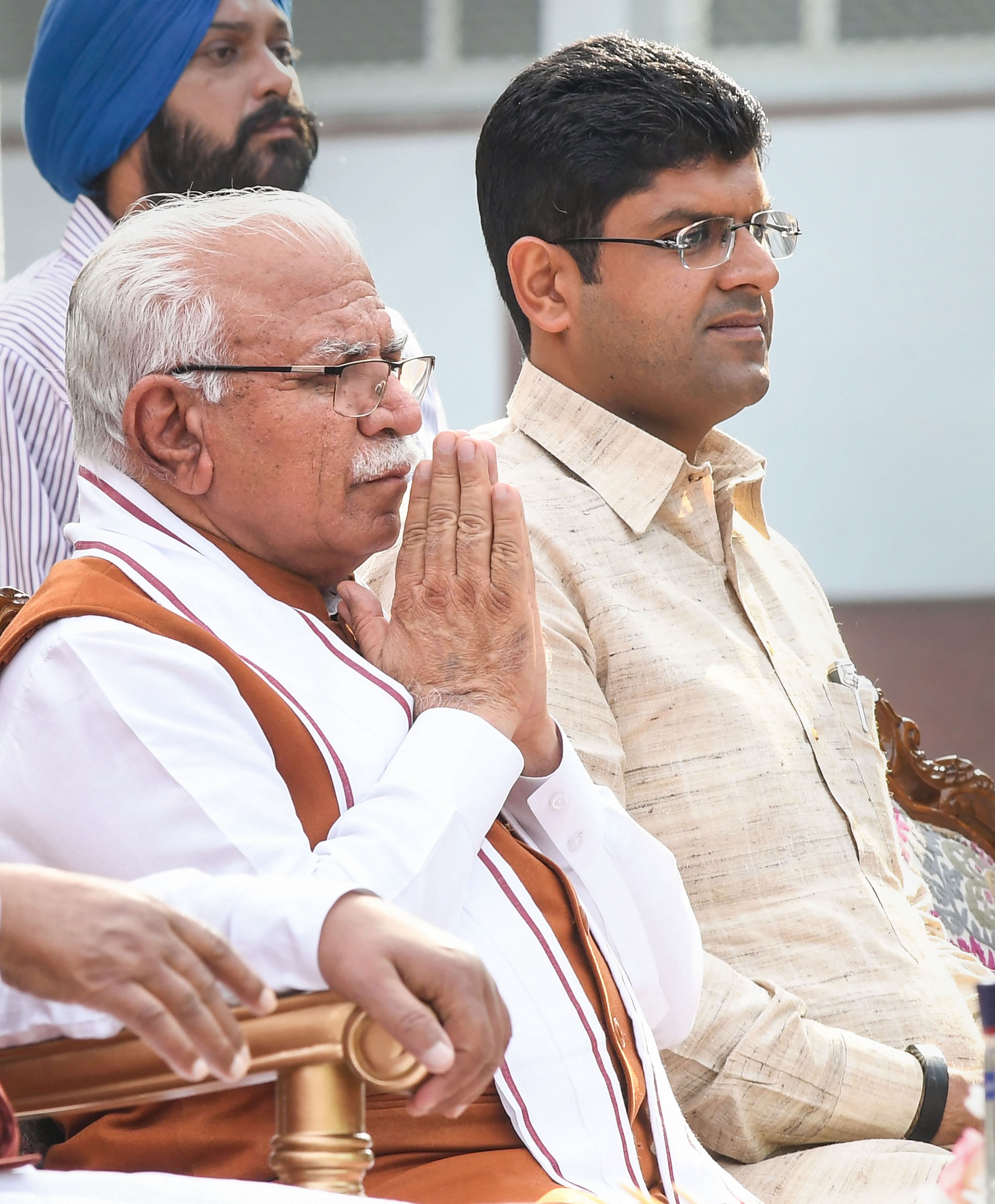 Manohar Lal Khattar took oath as Haryana chief minister for the second time on Sunday and will lead the BJP-JJP coalition government in the state.

Haryana governor Satyadeo Narain Arya administered the oath at a ceremony held at the Raj Bhawan in Chandigarh on Diwali day.

Jannayak Janta Party leader Dushyant Chautala's father Ajay Chautala, who stepped out of the Tihar jail on Saturday on a furlough, also attended the event.

Dushyant Chautala's mother Naina Chautala, who has been re-elected as an MLA for the second time, was also present at the oath-taking ceremony.

Ajay Chautala is lodged in the Tihar jail in Delhi after his conviction in a teachers' recruitment scam.

The BJP had on Friday sealed a deal with the JJP to form the next government in Haryana after the saffron party fell short of six seats from the majority mark.

In the 90-member Assembly, a minimum strength of 46 MLAs is required to form the government.