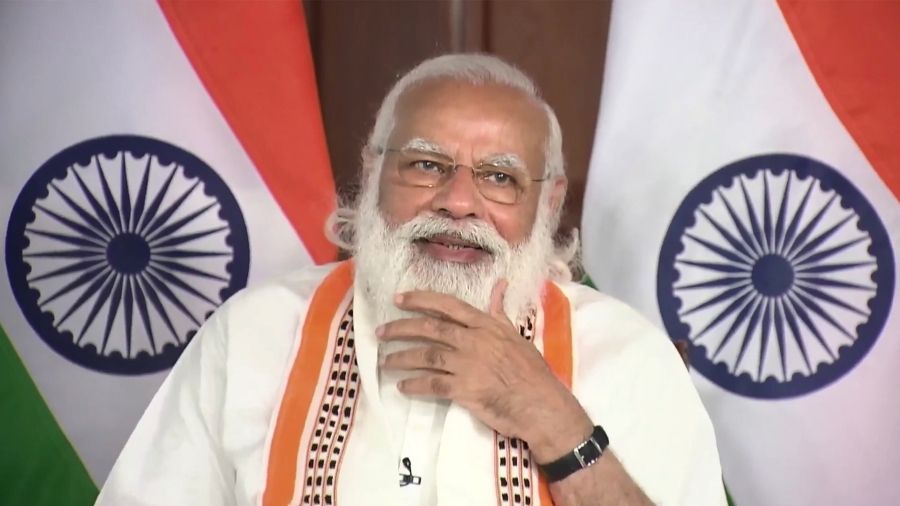 Underlining the importance of collective responsibility towards water conservation, Prime Minister Narendra Modi on Sunday called for a 100-day campaign to clean up all water bodies and prepare them for rain water harvesting before the monsoon season starts.

In his monthly 'Mann Ki Baat' broadcast, Modi said water has been crucial for the development of humankind for centuries.

"We have to understand our collective responsibility towards water conservation," he said.

The prime minister also said that when people feel proud of indigenous products then Aatmanirbhar Bharat does not just remain an economic programme but becomes a national spirit.

Noting that monsoon will begin in many parts of the country by around May-June, the prime minister asked can there be a 100-day public campaign to clean up all nearby water bodies and prepare those for rain water conservation.

In this regard, the Union Jal Shakti Ministry is also launching the "Catch the rain" campaign and its main theme is "catch the rain, where it falls, when it falls", he said.

"This is the best time to think about water conservation in the summer months ahead," Modi said.

He also said there is a need to make science more popular across the country and asserted that science cannot be limited to physics-chemistry and labs. Modi called for expanding science with a mantra of 'lab to land'.

During the broadcast, the prime minister also rued not being able to make enough efforts to learn the world's oldest language, Tamil.

"In the run up to Mann Ki Baat, I was asked if there was something I missed out on during these long years as chief minister and prime minister. I feel -- it is a regret of sorts that I could not make enough efforts to learn the world's oldest language Tamil. Tamil literature is beautiful," Modi said.