Advertisement
Home / India / Manmohan, Mulayam — all in a family in UP's Ambedkar Nagar

Manmohan, Mulayam — all in a family in UP's Ambedkar Nagar

Mithai Lal, a farmer who was often made fun of in school because of his name, named his seven children after politicians so that they get 'respect' 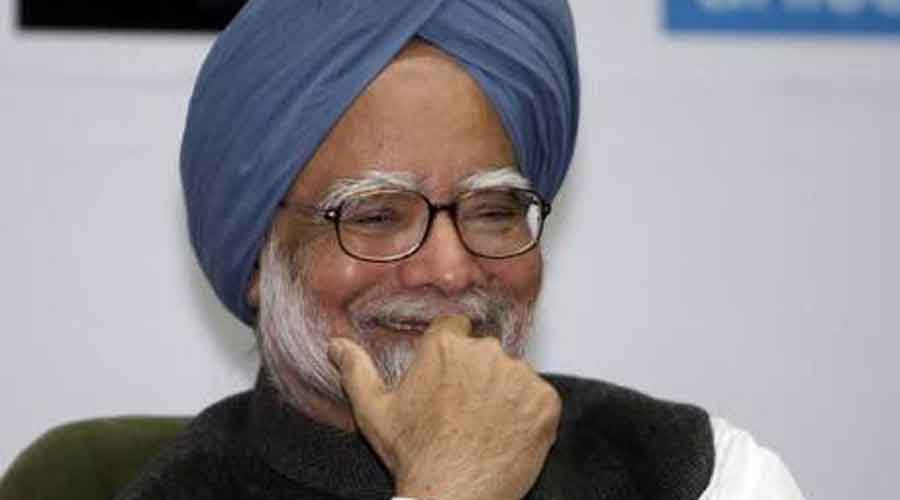 Bal Thackeray pesters Giani Zail Singh for a cricket bat and is asked by Manmohan Singh to focus on his studies instead.

It’s not an all-party meeting of politicians from the present and the past. The scene is being played out at the home of Mithai Lal, 57, in Hyderabad village under Jalalpur Assembly constituency in Ambedkar Nagar.

Mithai Lal, a farmer who was often made fun of in school because of his name, named his seven children after politicians so that they get “respect”.

His other children are Mulayam Singh, Kalyan Singh, Rajnath Singh and daughter Jayalalithaa, who died in 2013.

Asked whom they have voted in the Assembly polls on Thursday, Zail Singh said: “We have got a number of benefits from the government, and hence supported it.”

The family has also got the house under the PM Awas Yojana.

Mulayam runs a medical shop in Ambedkar Nagar, while Kalyan and Rajnath work in factories, Zail Singh owns a furniture shop, and Manmohan and Thackeray are in school.

On why he chose such high-profile names, Mithai Lal told PTI: “During my school days, my classmates used to make fun of name... the entire class and sometimes even the teacher would laugh which would last for around 10 minutes. I felt deeply insulted.”

“It was roughly around that time the idea struck my mind... my children should not be insulted like me. Subsequently, I named my children on prominent politicians, so that they get much more respect than what I got,” he says.

Endorsing his father’s opinion, Manmohan says: “At times, people ask me ‘are you Manmohan Singh?’ However, the name is so strong that everybody at least takes cognisance of me.”

To this Mithai Lal says: “My endeavour is that my children should take pride in their name, and I think that they are getting respect.”

Mulayam has said: “My father always said that draw inspiration from the leaders you have been named after, and work to succeed in life. We may not move ahead of the leaders we are named after, but at least stay in the vicinity of their legacy, and do something in life.”

He said he had named his son Akhilesh.

Even as the children discuss the ongoing elections in the district, their mother Chandrasena smiles at them.  Barring Thackeray, both Manmohan and Zail Singh know something about the leaders they are named after.

“Manmohan Singh was the Prime Minister of India for two terms,” said the namesake of the former PM.

“I want to clear competitive examinations, and get a government job to support my family,” he said.

Giani Zail Singh, who has started his furniture shop, said: “Gradually, I want to increase the size of my shop and also the ambit of its business.”

Asked about his future plans, Thackeray said: “I want to be a cricketer, and play for India.”

As Thakeray was unveiling his future plans, Manmohan and Zail Singh intervened, and said studies were equally important, and he (Thakeray) should pay attention to it as well.