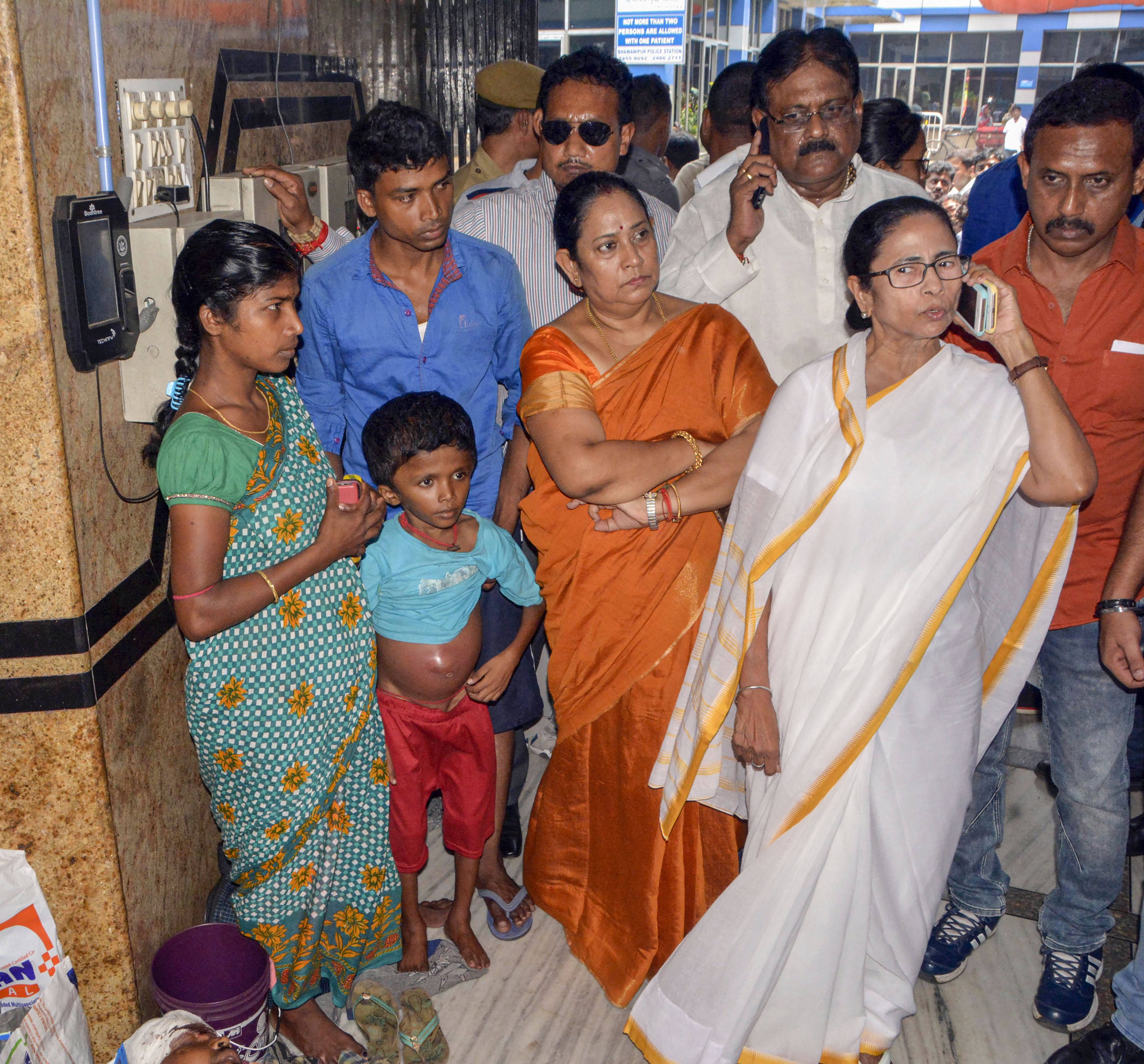 Bengal chief minister Mamata Banerjee today went to SSKM Hospital in Calcutta and told junior doctors to end their strike by 2 pm or action would be taken against them.

She said the doctors would be told to vacate the medical college hostels if they did not get back to work. 'Jara kaaj korbena, tara hostel e thakbena (those who won't work, will not stay in the hostel),' the chief minister shouted into a microphone at SSKM.

By Thursday night, junior doctors' associations in Bihar and Delhi had released statements in support, saying that on June 14 doctors would strike  work from 9 am to 5 pm.

On social media, a section also criticised the Bengal chief minister for going to SSKM Hospital and not to NRS Medical College and Hospital where the attack on doctors on Tuesday had snowballed into the strike.

The reason for the attack was the death of a septuagenarian patient who happened to be Muslim. After the violence, senior BJP leader Mukul Roy had gone to NRS Hospital and remarked that the attack on the doctors pointed to 'a particular community'.

Attacks on doctors after a patient's death is a longstanding problem across hospitals in Bengal. While no political party has supported such action, it was also never linked to any community.

The Bengal chief minister today highlighted that the BJP had introduced a communal tone to the incident.

She said her government did not condone the attack on the doctors and action would be taken against those who attacked them but she would also investigate the patient side allegation of medical negligence. 'I will look into complaints from both sides.'

Mamata said that she had tried to speak to the agitating doctors yesterday over the phone but they had refused to talk to her.

According to a PTI report, Mamata said that the junior doctors abused her in SSKM today. 'I went to the emergency section where they could have talked to me, but the language they used when I was there and the manner they abused me... Had somebody else been there in my place, some other action would have followed,' PTI quoted her as saying.

But by evening, some medical students in Bengal's districts had started leaving their college hostels, sensing uncertainty.

Dr R.V. Asokan, the honorary secretary-general of the IMA, said doctors going on strike was a 'debatable' matter but the doctors at NRS want security in their workplace. When asked what about the plight of patients, he said: 'The demands (of the doctors) are very small and legitimate demands. Asking for safety in the workplace is not a big deal. It is not.'

He said the IMA had a legitimate duty to stand by the doctors, 'whatever may be the situation, whether it is political or non-political or apolitical'.