Appearing for the owner of MediaOne, senior advocate Dushyant Dave sought an urgent hearing of the petition from a bench headed by N. V. Ramana 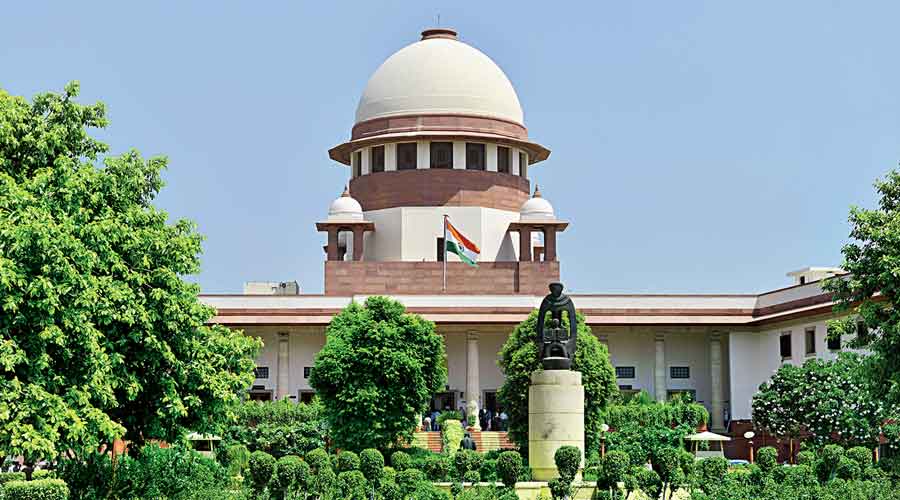 The Supreme Court on Monday agreed to take up on March 10 a plea by Malayalam news channel MediaOne challenging Kerala High Court’s judgment upholding the Centre’s decision to ban its telecast on security grounds.

Appearing for Madhyamam Broadcasting Limited, the owner of MediaOne, senior advocate Dushyant Dave sought an urgent hearing of the petition from a bench headed by Chief Justice of India N. V. Ramana.

“For 11 years we have functioned. We have 350 employees and millions of viewers. But today we have been shut down due to some secret file cited by ministry of home affairs. Both the single judge and the division bench had justified… it is too serious a matter relating to the right to information and freedom of press,” Dave submitted.

The bench, which also included Justice A.S. Bopanna and Justice Hima Kohli, passed the following order: “Upon being mentioned by Mr Dushyant Dave, learned senior appearing for the petitioner, we direct the registry to list the matter on 10.03.2022 before an appropriate bench.”

On March 2, a division bench of Kerala High Court had upheld the February 8 judgment of a single-judge bench dismissing Madhyamam Broadcasting Limited’s petition challenging the Union information and broadcasting ministry’s decision to revoke the broadcasting licence of the channel on the ground of national security.

The Centre had said the denial of security clearance to MediaOne by the Union home ministry was based on inputs received from intelligence agencies.

The media house has pleaded that the present appeal raises extremely serious and important questions of law, including constitutional rights of general public importance, as it has never violated any provision of Cable Television Networks (Regulation) Act, 1995 or the uplinking and downlinking guidelines.

According to the petition, MediaOne was only once issued an order to suspend its broadcast on March 6, 2020, which was revoked by the government itself on the following day.

According to the petition filed through advocate Pallavi Pratap, the promoters and directors “are law abiding citizens and love and respect India as any other Indian does”.

It was submitted that under Clause 9.2 of the Cable Regulation Act 1995, renewal of permission/registration would be considered for a period of 10 years at a time, subject to the condition that the channel should not have been found guilty of violating the terms and conditions of permission, including violation of the programme and advertisement code on five occasions or more.

“There is therefore, no requirement of grant of ‘security clearance’ by ministry of home affairs, as is required in the original application as referred to in Clause 9.2 and 10.2 of uplinking and downlinking policies, respectively,” the appeal stated.

“The said order was clearly illegal, unjust and improper. Besides, the order suffered from malice in law, in as much as it was passed for collateral considerations. Yet, the single judge and the division bench have proceeded to uphold the order by relying upon ‘the files produced before the court’ by ministry of home affairs,” the media house complained.

While upholding the ban, the single-judge had remarked: “… From the files produced before this court, it is discernible that the committee of officers took note of the inputs given by the intelligence agencies as regards the petitioner-company, and found that the inputs are of a serious nature and falls under the security rating parameters.

The petition said: “The petitioners had no opportunity to rebut the same. The files were neither shown to petitioner nor to its lawyers and the single judge received them behind the back of the petitioner, perused them and recorded the finding to dismiss the writ petition. Clearly, the single judge committed grave error in doing so because the fundamental principle of Indian jurisprudence especially in context of constitutionalism is openness of proceedings.”

It added: “In appeal, the division bench has fallen into the same error. The impugned judgments are wholly unsustainable as per law laid down by this Hon’ble court holding that freedom of press is fundamental to survival of democracy. It is submitted that right to receive information is equally guaranteed on every citizen of country. The argument of national security, if accepted in such a casual and a cavalier fashion will lead to havoc with freedom of press and fundamental rights of citizens...”