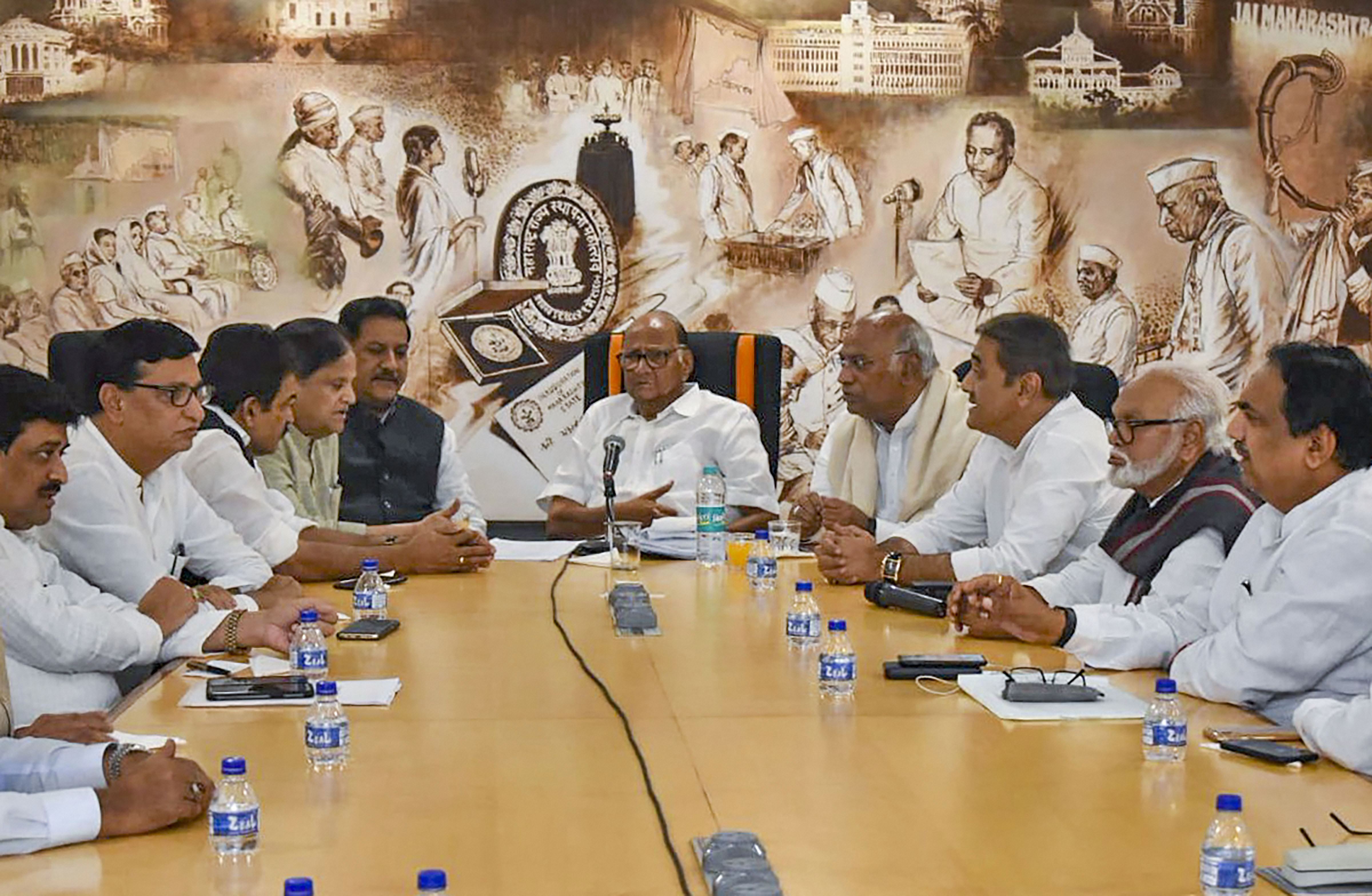 Congress leaders from Maharashtra met Shiv Sena president Uddhav Thackeray on Wednesday to discuss the modalities of a 'common minimum programme' (CMP) for a possible alliance to form the government in the state.

The meeting took place a day after President's rule was imposed in the state following a report sent to the Centre by governor Bhagat Singh Koshyari in which he stated that formation of a stable government was impossible in the current situation despite all his efforts.

Before their meeting with Thackeray, the three Congress leaders also met Shiv Sena MP and spokesman Sanjay Raut at a hospital in Mumbai, where the latter underwent an angioplasty procedure on Monday.

On reports in a section of media that senior Congress leaders K. C. Venugopal and Ahmed Patel also met Thackeray late Tuesday night, the state Congress leaders said they cannot confirm it since they were not present there.

Patel, Venugopal and Mallikarjun Kharge were on Tuesday deputed by Congress president Sonia Gandhi to hold talks with the NCP and evolve a consensus on what should be the policies and programmes if the Shiv Sena was to be supported.

Treading cautiously over forging ties with the Shiv Sena, allies Congress and NCP on Tuesday said they were yet to take a call on backing the Thackeray-led party to form the government in Maharashtra but will hold further discussions.

'Clarification on all issues' was necessary before the decision was taken, the two parties said.

Thackeray also said on Tuesday that the Congress, NCP and his party will work out a formula for government formation in Maharashtra, which has been facing political uncertainty for nearly three weeks now.

Attacking the BJP over its claim that the Shiv Sena was in touch with the Congress and NCP since the October 24 poll results, Thackeray said he had allied with the chief NDA constituent in its 'dark times'.

'I officially spoke to the Congress-NCP only on November 11, seeking support for government formation. We will work out a formula for the same,' he said.

The Sena needs clarity on the common minimum programme just like the Congress and NCP if a government is to be formed with their support, he added.