Events triggered allegations of an overdrive by Modi regime 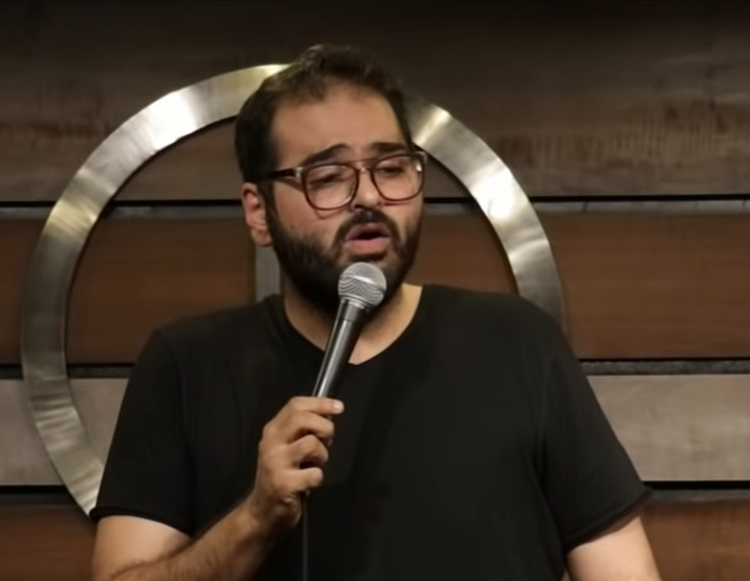 The sequence of events has triggered allegations of an overdrive by the Narendra Modi government to settle scores with critics and raised the question whether most of the aviation industry is bending over backwards to please the authorities.

Government sources on Wednesday claimed the Indian Railways were also considering bans on passengers who misbehave or are a threat to fellow travellers on trains. Such curbs apply only to air passengers now.

If the policy is extended, fliers suspended from air travel can also be put on the railways’ no-travel list, an official said.

The ban launched by IndiGo was followed up by Air India, SpiceJet and GoAir.

The Air India action followed soon after civil aviation minister Hardeep Singh Puri tweeted that the government had been left with “no option but to advise other airlines to impose similar restrictions” on Kamra.

If such a protocol exists, it is a well-guarded secret. A Press Information Bureau release on September 8, 2017, on the rules to tackle unruly passengers said “the other airlines will not be bound by the no-fly list of an airline”.

The draft of the DGCA, the civil aviation watchdog, dealing with “unruly/disruptive passengers” also suggests that cross-airline action is optional, not mandatory. “For any person who is placed on the No-Fly List, airlines shall have option to bar him from taking flights to/from/within India…,” the draft says.

If a protocol indeed is in place, as the airline spokesperson said, it is not clear why the civil aviation minister himself had to “advise” other airlines on Tuesday night to impose similar curbs on Kamra.

The Air India spokesperson cited the ban on a Shiv Sena MP after he had assaulted an airline employee in 2017. “Immediately, several airlines followed suit and banned him from flying,” he said.

But the ban on the MP was lifted within 15 days, allegedly at the behest of a Union minister.

The enforcers of good behaviour were in for further embarrassment. On Wednesday, a video clip, apparently shot in 2017, surfaced that showed a colleague of Goswami hounding Tejashwi Yadav, Lalu Prasad’s son and then deputy chief minister of Bihar, inside a plane for comments on his ties with Bihar chief minister and then ally Nitish Kumar. The crew is heard pleading with Goswami’s colleague to return to her seat.

(Tuesday’s clip featuring Kamra does not show any airline staff asking him to return to his seat or refrain from speaking to Goswami. In a statement issued on Twitter on Wednesday, Kamra said at no point did he not follow the orders of the cabin crew.)

Social media users identified the 2017 plane as one of Air India and wondered whether Goswami’s colleague had been put on the no-fly list. Asked by this newspaper, an Air India spokesperson declined comment.

The speed of the suspension -– the ban was announced the same day Kamra confronted the TV anchor -– has also raised eyebrows.

Contacted by this newspaper, IndiGo refused comment. The other three airlines have not specified the durations of their bans.

Congress leader Rahul Gandhi was blunt in his response to the multiple suspensions: “The ban imposed on #kunalkamra by 4 airlines is the act of a coward leveraging his influence with the Govt to silence a critic. Those who use their ‘news’ cameras as 24x7 tools of propaganda, should show some spine when the camera is turned on them.”

At a time when GoAir was yet to announce the suspension, Kamra had said in a statement on Twitter: “It’s not shocking at all to me that for exercising my right to speech, which falls under Article 19 of our Constitution, three airlines have given me a temporary ban from flying. Fact of the matter is that at no point was I disruptive and at no point did I not follow orders of the cabin crew or the captain. At no point did I endanger the safety of any passenger on board, the only damage I caused was to the inflated ego of the ‘journalist’ Arnab Goswami.”

“To my limited knowledge, no formal complaint has been made by the crew or Arnab or anyone else taking the flight. Whenever there was an intervention by any member of the crew, I complied. If expressing myself to an important public figure, who himself points a camera day in and day out, catching people off guard, is a crime, then both of us are criminals.”

Kamra added: “Now let’s forget IndiGo for a moment, I haven’t even travelled SpiceJet or Air India in this event and there’s no pattern here of me being unruly. This was the first time something like this has happened, so why have they jumped the gun and banned me? I’ve travelled SpiceJet and Air India in the past. There have been no complaints against me ever, only selfies and love has been shared by the crew.”

Kamra posted a tweet asking Vistara to suspend him in a fell swoop as it is the only Indian airline left not to have banned him yet and has said it will resort to “due process”.

Responding to the tweet of his ban by SpiceJet on Wednesday, the comedian tweeted: “Modiji, can I walk yaan uspe bhi baan hai….”

Earlier on Wednesday, Kamra had said he had again bumped into Goswami on a flight from Lucknow in the morning and sought an “honest discussion”. But Goswami, according to Kamra, asked him to move away.

The ban on Kamra has triggered a heated debate on social media. Some social media users said they would not fly IndiGo, and others targeted the government for officially asking airlines to punish the comedian.