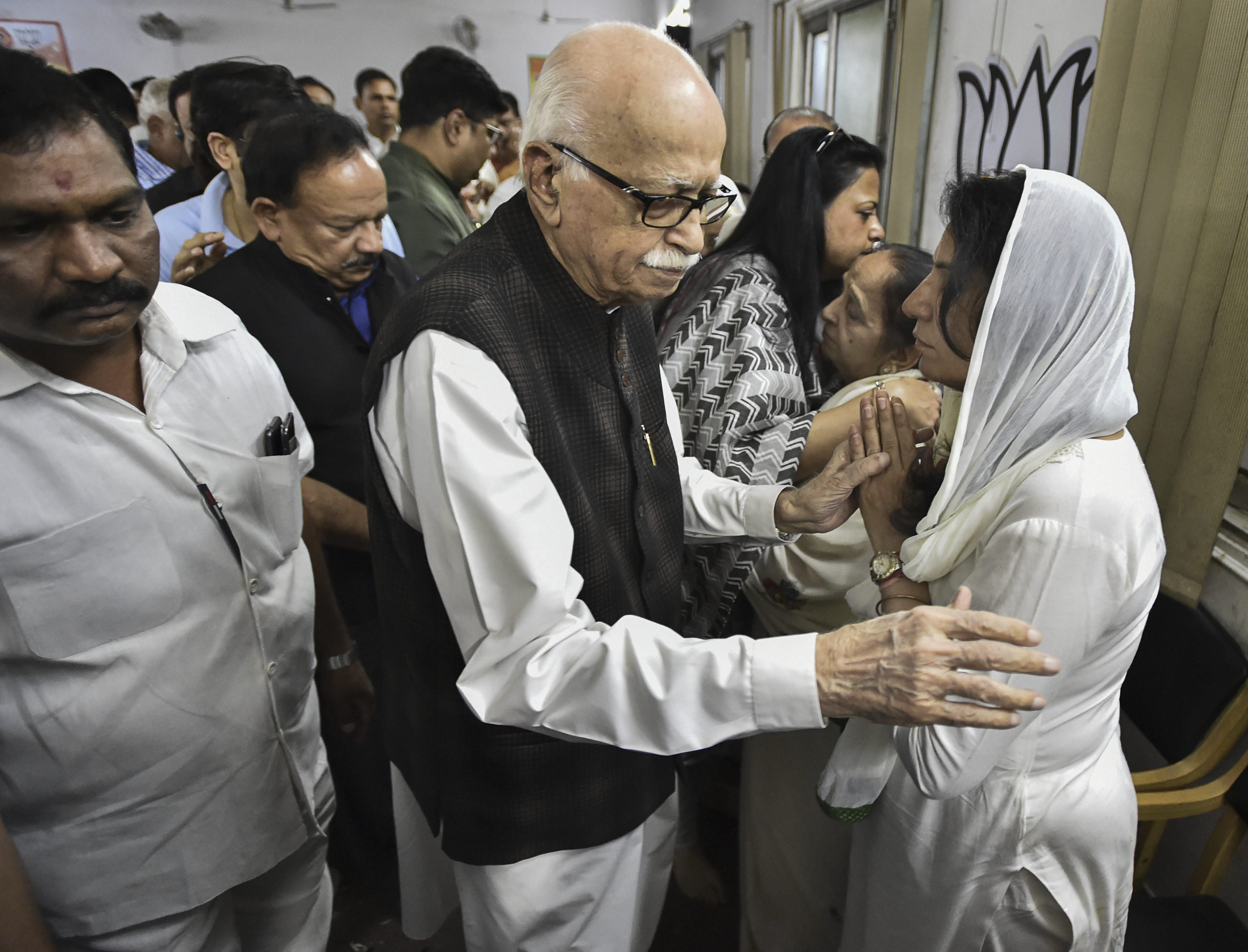 Khurana, who was 82, is survived by his wife, a son and two daughters. His another son had died last month.

A veteran of the BJP, Khurana was the chief minister of Delhi from 1993 to 1996 and was appointed the governor of Rajasthan in 2004.

'He breathed his last at around 11 pm at his Kirti Nagar residence here,' his son Harish Khurana said.

He said Khurana was suffering from a chest infection and fever for the last few days and was feeling breathless since Saturday morning, he said.

He had suffered a brain haemorrhage about five years ago and was ailing since then.

His last rites would be held on Monday, his family said.

'Learnt of the unfortunate demise of former Delhi chief minister and BJP leader Madan Lal Khurana. He will be remembered as an ideal swayamsewak and a dedicated Vidhyarthi Parishad worker and a strong pillar of the Jan Sangh and the BJP,' Shah tweeted.

He had a key role in strengthening the organisation in Delhi, he said.

'On behalf of crores of BJP workers, I convey my condolences to the family of Khuranaji and pray for peace of the departed soul,' Shah said.

Textiles Minister Smriti Irani tweeted, 'Saddened by the demise of Madan Lal Khuranaji. As an elder he was a guide with an ever supportive outlook and kind words to spare. My condolences to his loved ones.'

Transport Minister Nitin Gadkari expressed grief over Khurana's death, saying his contribution to the development of Delhi would be remembered.

'My heartfelt condolences to the BJP parivar and the family of our beloved former chief minister of Delhi & veteran BJP leader Shri Madan Lal Khuranaji who passed away today after prolonged illness. My thoughts and prayers are with his near & dear ones. May his soul rest in peace,' he said.