Dug up: Complaint on EVM that voted BJP

If the people in the country are uncomfortable with the EVM, then it’s a big issue, says Rahul Gandhi 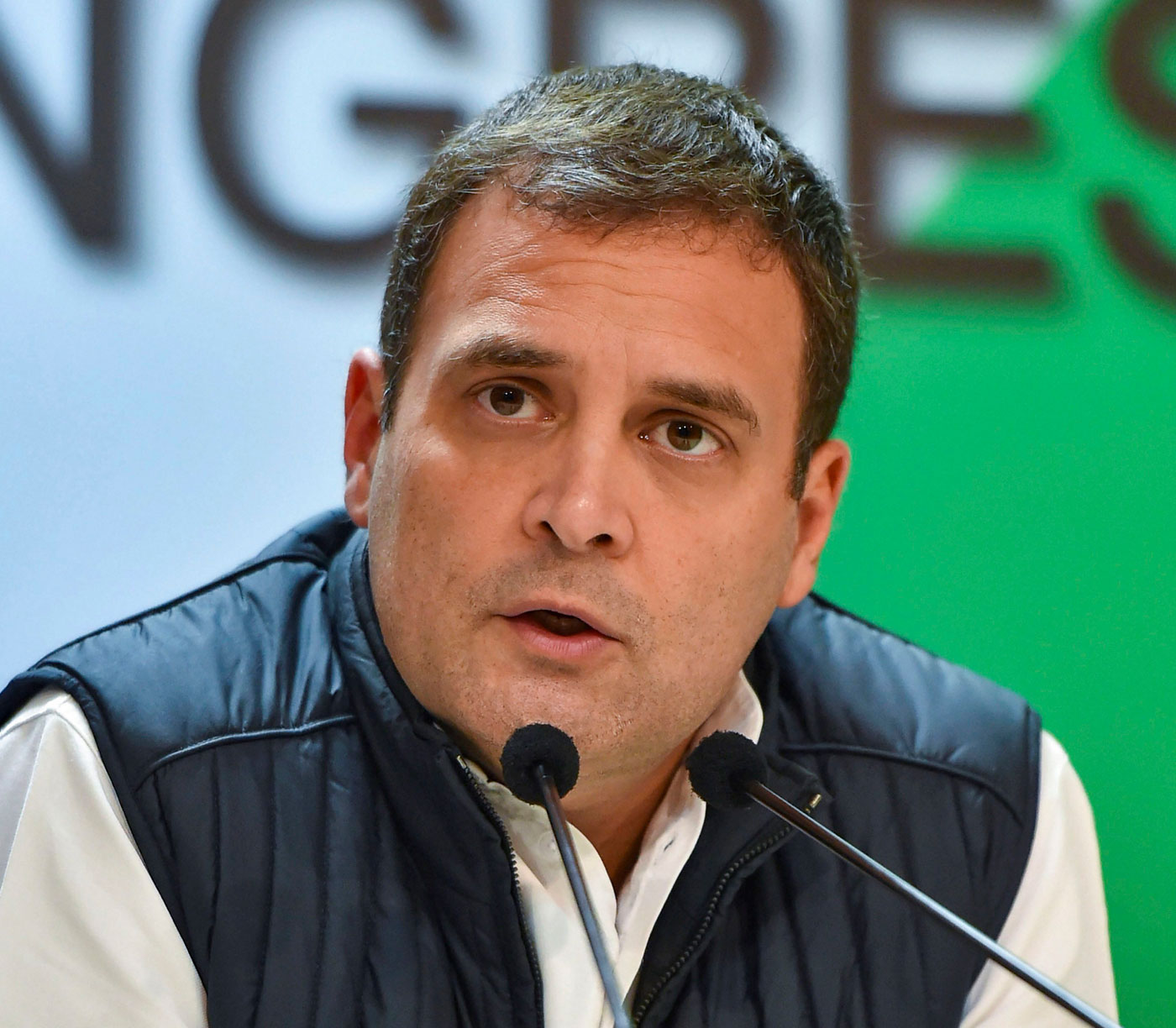 A year-old RTI query is back in the news after Congress president Rahul Gandhi said on Tuesday — when his party won the Assembly elections to three heartland states — that “issues with EVMs remain”.

“There are issues with them universally. If the people in the country are uncomfortable with the EVM, then it’s a big issue, which needs to be addressed,” Rahul told a news conference.

His party had voiced concerns about malfunctioning and tampering of electronic voting machines during these elections. Complaints of votes going to the BJP kitty through faulty EVMs have been made for over a year now.

On Wednesday, a candidate who had lost the Buldhana zilla parishad election in Maharashtra last year dug up her complaint against an EVM.

Ashatai Zore, a former Shiv Sena leader, said she had videos to show that votes cast in her name had gone to the BJP and offered to show these to Rahul.

A returning officer had informed the district collector about the EVM malfunctioning at a booth during the poll held on February 16, 2017, she said. The contents of the returning officer’s letter were revealed following an RTI query in July 2017.

“The assistant returning officer spoke to the candidate, three other voters and found what they said was true: when the button was pressed on coconut symbol, the light in front of the lotus symbol would flash,” the letter stated in Marathi.

Based on the returning officer’s letter, the district collector wrote to the state’s chief electoral officer informing that a repoll would be held.

“Prima facie it appears there is considerable truth in what the complainant, a woman candidate, has said. I agree with the report,” the district collector had said.

The complaint was made at polling station number 56 in Sultanpur, a village near Lonar in Buldhana district.

“I have videos from the polling day that show how votes cast in my favour went to the BJP. If Rahul Gandhi wants, I can go to Delhi and demonstrate,” Zore said.

“I had received a call from the Prime Minister’s Office soon after the zilla parishad votes when I had complained. I told them I can demonstrate how EVMs falter. Nobody got in touch with me since,” she added.

Zore said that it was good leaders from across the political spectrum were speaking against electronic voting machines.

“I have been saying for a long time now that voting should only be held on ballots. Mine was a lone voice from a small corner in Maharashtra. Now big leaders in Delhi are also saying so,” she said.

Why counting of votes took so long this time