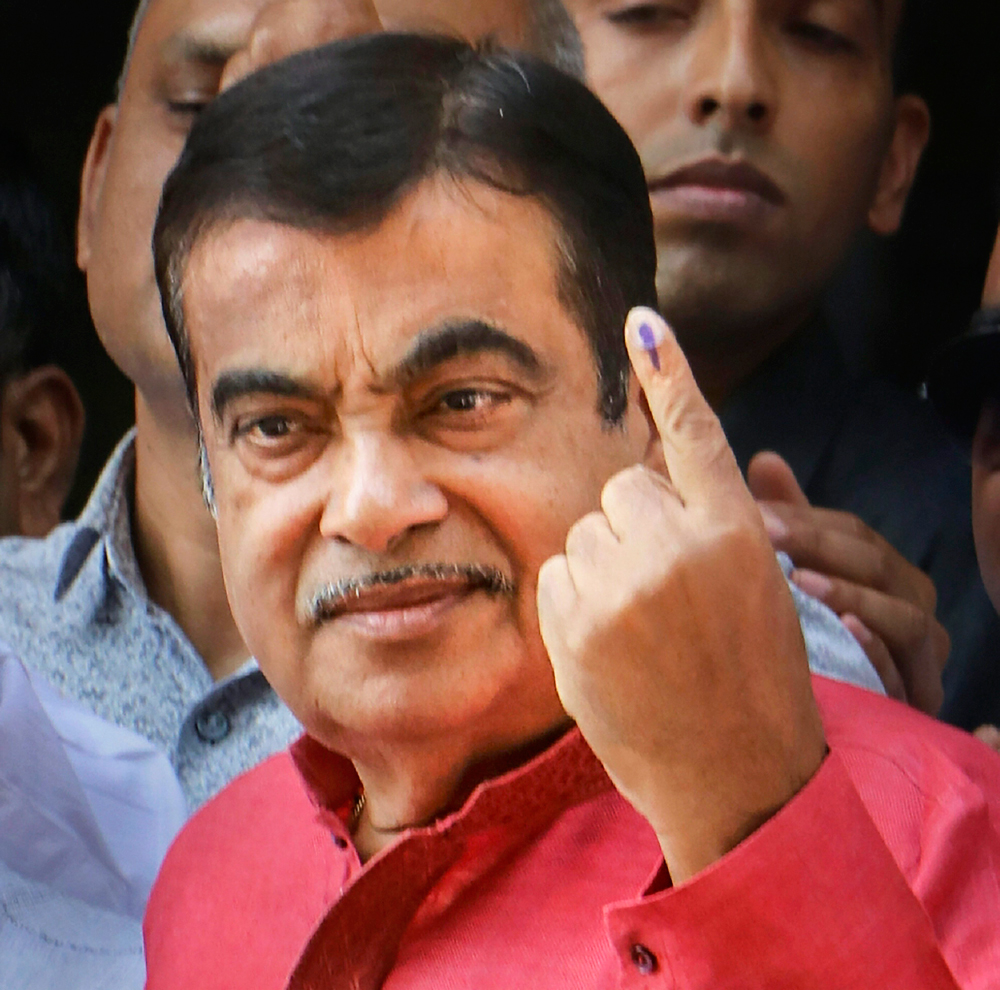 Voting began on Thursday morning in the first phase of the seven-phase Lok Sabha polls in which five Union ministers are key contestants.

The Bharatiya Janata Party will look to defend 32 of the 91 seats in 18 states and two union territories.

The Congress is hoping to defend seven seats that it won in 2014 and is looking for major gains in Andhra Pradesh, Maharashtra, Chhattisgarh, Uttarakhand and Uttar Pradesh.

Voting is also underway in 175 assembly seats in Andhra Pradesh, 32 in Sikkim, 57 in Arunachal Pradesh and 28 seats in Odisha.

Polling in all the Lok Sabha constituencies of Andhra Pradesh (25), Telangana (17), Uttarakhand (5), Meghalaya (2) and Arunachal Pradesh (2) besides lone seats in Mizoram, Tripura, Manipur, Nagaland, Sikkim, Andaman and Nicobar, and Lakshadweep is being held.

Eight seats in Uttar Pradesh, seven in Maharashtra, four RPT four in Bihar, five in Assam, four in Odisha, two each in Jammu and Kashmir and West Bengal and one seat in Chhattisgarh are also going to polls.

The ruling party has made a slew of promises including expeditious construction of Ram Temple and scrapping Article 370 that gives special status to Jammu and Kashmir.

Seeking to wrest power from the BJP, the Congress has promised to roll out the Nyay scheme to provide a minimum basic income of Rs. 72,000 a year for three years to the poorest strata.

The Congress under Rahul Gandhi has been relentlessly targeting the Modi government and has accused it of corruption.

In Andhra Pradesh, strong anti-incumbency, caste and corruption are the major factors that could determine the outcome of the elections to Lok Sabha and the state assembly as over 3.93 crore voters get to exercise their franchise.

This is the first general election in the state after the bifurcation of Andhra Pradesh in 2014.

Polling for all 25 Lok Sabha and 175 assembly seats will be held simultaneously. There are 2,118 candidates for the state polls and 319 for the Lok Sabha elections.

Telegu Desam Party chief and CM N. Chandrababu Naidu will be seeking election from Kuppam, while his son Nara Lokesh is making his electoral debut from Mangalagiri.

YSR Congress chief Y.S. Jaganmohan Reddy, an aspirant for the CM's post, is fighting from his family's pocketborough Pulivendula.

All 17 Lok Sabha seats in Telangana will go to polls in phase-one.

The Telangana Rashtra Samithi having swept the December assembly polls is hoping for an encore in the company of AIMIM while the opposition Congress and BJP appear to be focused on winning select number of seats.

There are 443 candidates in the fray.

The Nizamabad Lok Sabha constituency is a special case as 185 candidates, including over 170 farmers, are in the fray.

In Uttar Pradesh on eight seats the ruling BJP will clash with the newly-formed SP-BSP-RLD alliance.

Seven Lok Sabha seats in Maharashtra will go to polls, with Union Minister Gadkari locked in a battle with Congress's Nana Patole, a former BJP MP.Union minister and BJP leader, Hansaraj Ahir is seeking a fourth term from Chandrapur.

In Bihar, four Lok Sabha seats will see polling on Thursday. LJP leader Chirag Paswan is contesting from Jamui reserved seat. He is the sitting MP and is locked in a virtual straight contest with Bhudeo Chaudhary of RLSP.

In the North East, of the two seats in Arunachal Pradesh Union Minister Rijiju is seeking re-election from Arunachal West.

In Chhattisgarh where one Lok Sabha seat, Bastar, is going to polls, security has been tightened following a naxal attack in the constituency's Dantewada area on Tuesday. A BJP leader and four security personnel were killed.

Sixty lakh voters in Odisha will exercise their franchise in the first phase of polls for four Lok Sabha and 28 assembly seats Thursday.

The first phase of polls will decide the fate of 217 candidates. There are 26 hopefuls in fray for Lok Sabha seats and 191 for assembly seats.