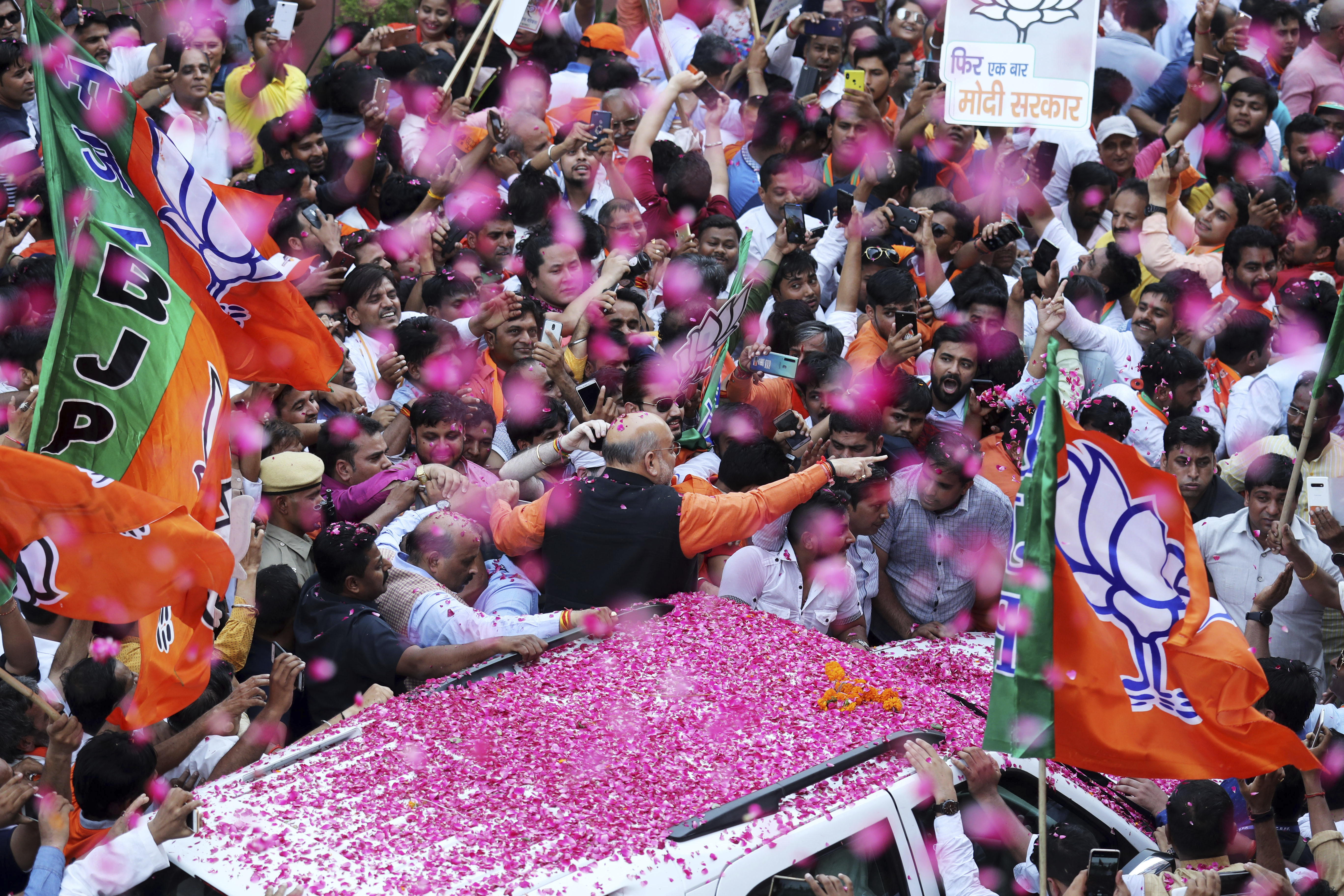 Prime Minister Narendra Modi thanked the country in the evening in a tweet, as he should.

In 13 states, voters have given the BJP and its allies a clean sweep, where the BJP's nearest opponents have been reduced to single-digit seat tallies.

The trends by the evening showed how the seats were likely to line up for the BJP.

Here's a break-up of the states where the seat tallies are overwhelmingly in favour of the BJP.

Seats: 2. The BJP is leading in both.

Assam was one of the states where the BJP made inroads in the 2014 elections.

In the Begusarai contest, the BJP’s Giriraj Singh has already got 4 lakh votes from Kanhaiya Kumar. In Patna Sahib, the BJP’s Ravi Shankar Prasad leads Shatrughan Sinha by 1.81 lakh votes.

Seats: 11. The BJP is leading in nine seats

Seats: 26. The BJP is leading in all the seats.

The BJP is hoping to repeat its 2014 tally of winning all 26 seats in Gujarat. Party president Amit Shah is leading with a huge margin of 5,55,146 votes against Congress candidate C.J. Chavda.

The BJP won seven seats in 2014, with INLD taking two seats and the Congress one. This time, however, the BJP is looking forward to sweep all the seats in Haryana. In Karnal, BJP candidate Sanjay Bhatia has a 6.5-lakh margin against the Congress.

The BJP hopes to repeat its tally in Himachal and win back all four seats. Anurag Thakur is winning with a margin of 3,87,812 votes from Hamirpur.

In 2014, the BJP had won 12 constituencies and the Jharkhand Mukti Morcha could manage the other two. Jayant Sinha, Yashwant Sinha’s son, is leading by a margin of 3,71,103 from Hazaribagh.

From 17 seats in 2014, it increased its seat tally by 5 constituencies. Tejasvi Surya, the BJP’s youngest candidate contesting from Bangalore South is leading by 3,29,097 votes.

The BJP is likely to increase its tally from 27 in 2014 to 28 this election, denying one more seat to the Congress. Terror accused and BJP candidate Pragya Thakur is leading by almost 3 lakh votes. The Congress candidate is Digvijaya Singh.

In 2014, the BJP had won all the parliamentary constituencies of Rajasthan.

Seats: 2, the BJP is leading in both.

In the Tripura West seat, where BJP was accused of poll rigging and booth capturing leading to repoll in multiple constituencies, Pratima Bhoumik, is leading by 1.75 lakh votes.

Just like Himachal, the BJP hopes to repeat the magic in this hill state and get all five votes like the 2014 elections. All the candidates are leading by more than 2 lakh votes.