'PM's claim surprising as ground reality is something different' 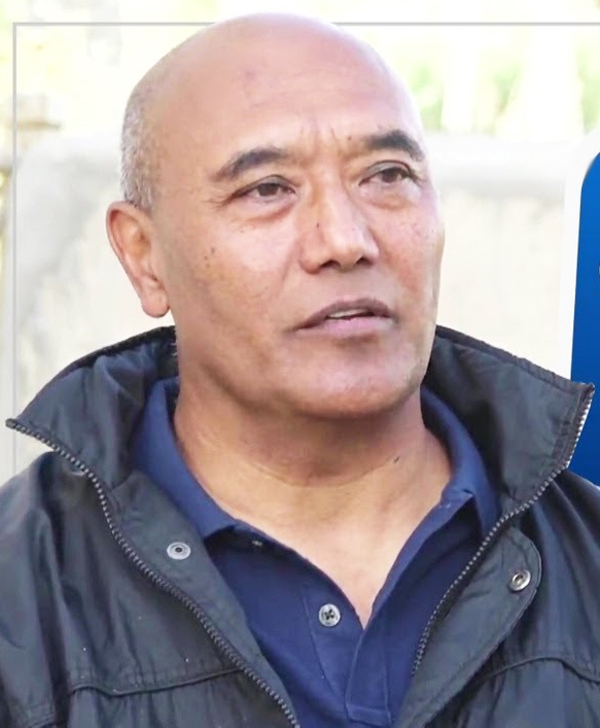 A Kargil war hero from Ladakh has said there’s a “difference” between what Prime Minister Narendra Modi has said and what the ground reality is in the Galwan Valley, where Chinese troops killed 20 Indian soldiers on June 15.

“What the PM said today (Friday), that the Chinese have not taken any land or post, is a little surprising as the ground reality is something else,” Colonel (retired) Sonam Wangchuk, who was awarded the Mahavir Chakra for his role in the Kargil war, told the Leh-based news portal Reach Ladakh.

“Keeping in mind the media reports and the statements of local people there, I find there is a difference between (what Modi said and) the actual ground situation.”

A day later, the Prime Minister’s Office sought to suggest that Modi had been speaking solely about the post-June 15 position, although he had said “neither has anyone intruded... nor is any intruder there”.

Wangchuk was unavailable for comments on Monday but Kargil politician Sajjad Hussain Kargali said his views were widely shared in Ladakh.

Wangchuk’s remarks carry weight because of his stature. The “Lion of Ladakh” had led his 40 men from the Ladakh Scouts and evicted 135 Pakistani troops from the Chorbat La pass on May 31, 1999, after a three-day battle fought in minus six degrees amid two feet of snow.

It is considered the army’s first successful operation during the Kargil war and earned Wangchuk the country’s second-highest gallantry award.

Asked about the restrictions on the media from visiting the sites of the current border standoff, Wangchuk said: “If the media are not allowed access and we are not getting any input/output, it seems the government does not want people to know the truth. This is what I think.”

He added: “The media are allowed access only when the government wants transparency — so that the nation should know what is happening there.”

The veteran, however, admitted that allowing access to the media could prove “counter-productive” for security reasons and may “help the enemy”.

“It (the restrictions) may be because of security issues which are very important. We have our plans and movements there and if the media goes there we cannot decide,” he said.

Wangchuk feared that the Chinese may have occupied strategic heights and vantage points in eastern Ladakh.

“They have made a lot of changes on the ground, (sometimes) sending small patrols and big patrols.... When it becomes a routine, people think perhaps it is a routine,” he said.

“Under the present circumstances, it would have appeared to us that the Chinese forces’ activity was routine. That is where we were misled and they came in large numbers.”

He suggested raising additional battalions for the Ladakh Scouts, saying they were better adapted to the place and the environment and knew the terrain.

Hussain, the politician, said Wangchuk was respected by all Ladakhis, including leaders from the BJP and the Congress.

“He is a Kargil war hero. His views carry weight and many people here believe the Chinese are taking over our territory,” Hussain told this newspaper.

Several veterans on Monday continued to assail the Prime Minister’s statement of Friday despite the PMO’s attempted clarification.

Colonel (retired) Ajai Shukla tweeted: “India is in the strangest situation ever. Half the population has understood that China has occupied Indian territory, and are outraged, China says the territory it’s occupied is Chinese, The PM and the other half of the population back China’s story.”

Another Kargil hero, Brigadier (retired) M.P.S. Bajwa, who had commanded the brigade that captured Tiger Hill, blamed the Chinese transgression on intelligence lapses and a “command failure at all levels”.

“It’s clearly an Intelligence & Command failure at all levels & needs to be sorted out as soon as possible. We need to be prepared for the worst which is likely to be seen shortly. Above is my personal view point,” Bajwa tweeted.

“Were the Intelligence agencies including RAW sleeping & not aware about the build-up along Galwan River & Finger 4 in Pangong Tso?”

He asked: “Why CO 16 BIHAR NOT permitted to carry weapons & move covered by infantry & artillery in case of emergency?”

While some reports have suggested the Indian troops were sent unarmed to their death, the government has claimed they carried arms but were bound by protocol not to use them. Veterans have denied the existence of any such binding protocol.