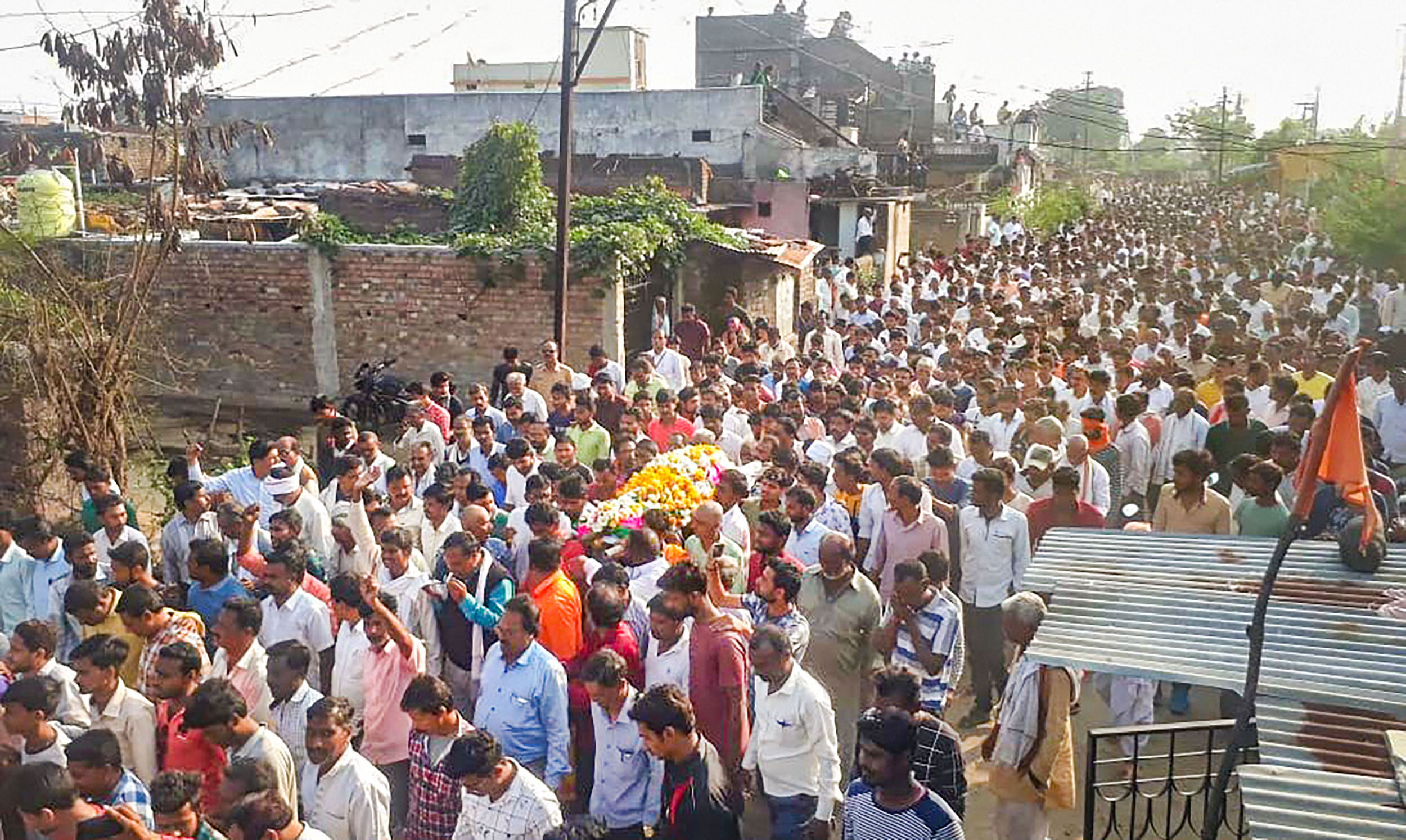 The 25-year-old woman lecturer who was set ablaze by a stalker in Maharashtra’s Wardha district last week died at a hospital in Nagpur on Monday morning, officials said.

Ankita Pisudde, a resident of Hinganghat town in Wardha, had been critical after suffering 35 to 40 per cent “grade III” burns on February 3 when she was set afire allegedly by Vikesh Nagrale, 27, while she was on her way to college, they said. Vikesh was arrested within hours of the crime.

She had been undergoing treatment at the Nagpur-based Orange City Hospital & Research Centre where doctors declared her dead at 6.55am on Monday, Hinganghat police inspector Satyaveer Bandiwar said.

Later, angry locals threw stones to block a road in Hinganghat when an ambulance carrying the woman’s body was about half a kilometre from the victim’s native village Daroda, but the police brought the situation under control.

Chief minister Uddhav Thackeray expressed grief over Ankita’s death and said “the case would be heard in a fast-track court”.

The woman suffered deep burn injuries on her scalp, face, right upper limb, left hand, upper back, neck and eyes along with severe inhalational injuries, the hospital said in a medical bulletin. She died of “septicemic shock”.

Around 4am on Monday, her oxygen levels deteriorated in spite of ventilator support, coupled with decreasing urine output and reduction in blood pressure, the hospital said. “Around 6.30am, she had bradycardia and in spite of prolonged cardiopulmonary resuscitation, the patient could not be revived and was declared dead at 6.55am,” it said.

The state government has appointed well-known lawyer Ujjwal Nikam as special public prosecutor in the case.