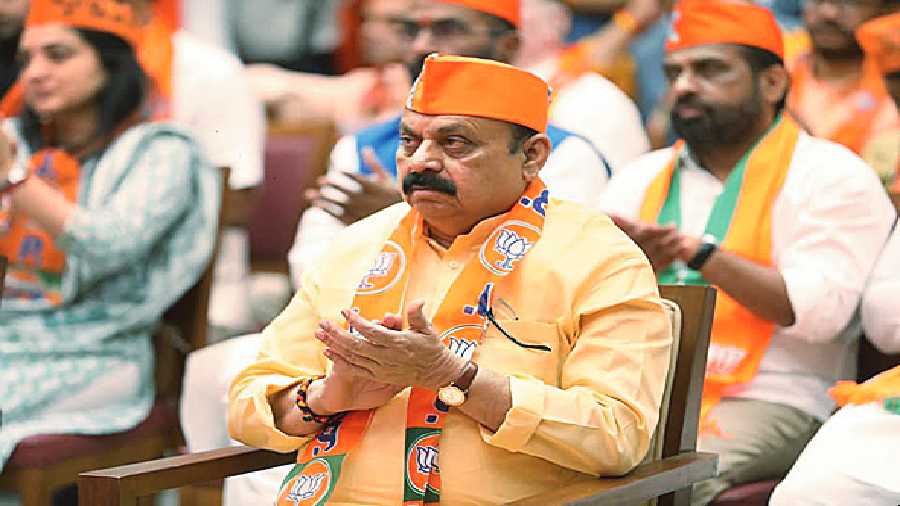 As BJP sets its focus on southern Karnataka, where it is traditionally weak, with an eye on the 2023 assembly polls, Karnataka Chief Minister Basavaraj Bommai on Friday said there is a wave in favour of the party in the region, as he hinted that leaders from other parties will be soon joining the organisation.

He said the party is having discussions about holding a large-scale public meet in Mandya, which comes under the old Mysuru region or south Karnataka belt. "From various parts of the state many people are eager to join the party, especially Kolar, Mandya and other places, they will be inducted batch by batch," Bommai said in response to a question.

Speaking to reporters here, he said, there is a huge liking among people, especially youths, towards BJP in the Southern Karnataka region. "So in Mandya and in the region, a new and young leadership is likely to emerge and there is a wave in favour of the BJP there....we are talking to several people, whoever agrees with the party and its ideology, we will speak to them," he added.

The old Mysuru region, comprising the southern districts of Karnataka, is dominated by the Vokkaliga community and has traditionally been a bastion of Congress and JD(S), where they contest as arch rivals. BJP has been making consistent efforts to make inroads, aimed at reaping political dividends.

In the 2018 polls, the BJP managed to win one seat in Hassan; later in a high-voltage 2019 bypolls, it managed to win the KR Pet seat, its first victory in Mandya district, and also won Chikballapur, another first. Creating history of sorts, the party bagged the Sira assembly segment in Tumakuru district for the first time in November, 2020 by polls.

State BJP Vice-President and former Chief Minister B S Yediyurappa's son B Y Vijayendra, who is widely credited for the paty's victory in K R Pet and Sira, has recently stated that he is interested in working in the region, if the party decides. The Chief Minister on Friday met former External Affairs Minister and former CM S M Krishna, who hails from Mandya, and held discussions with the veteran leader.

Bommai, however, termed it as a courtesy visit to greet Krishna, who recently turned 90.

Buzz over possible rejig in Karnataka