Lamp of amity shines in Cheraman Masjid for a thousand years 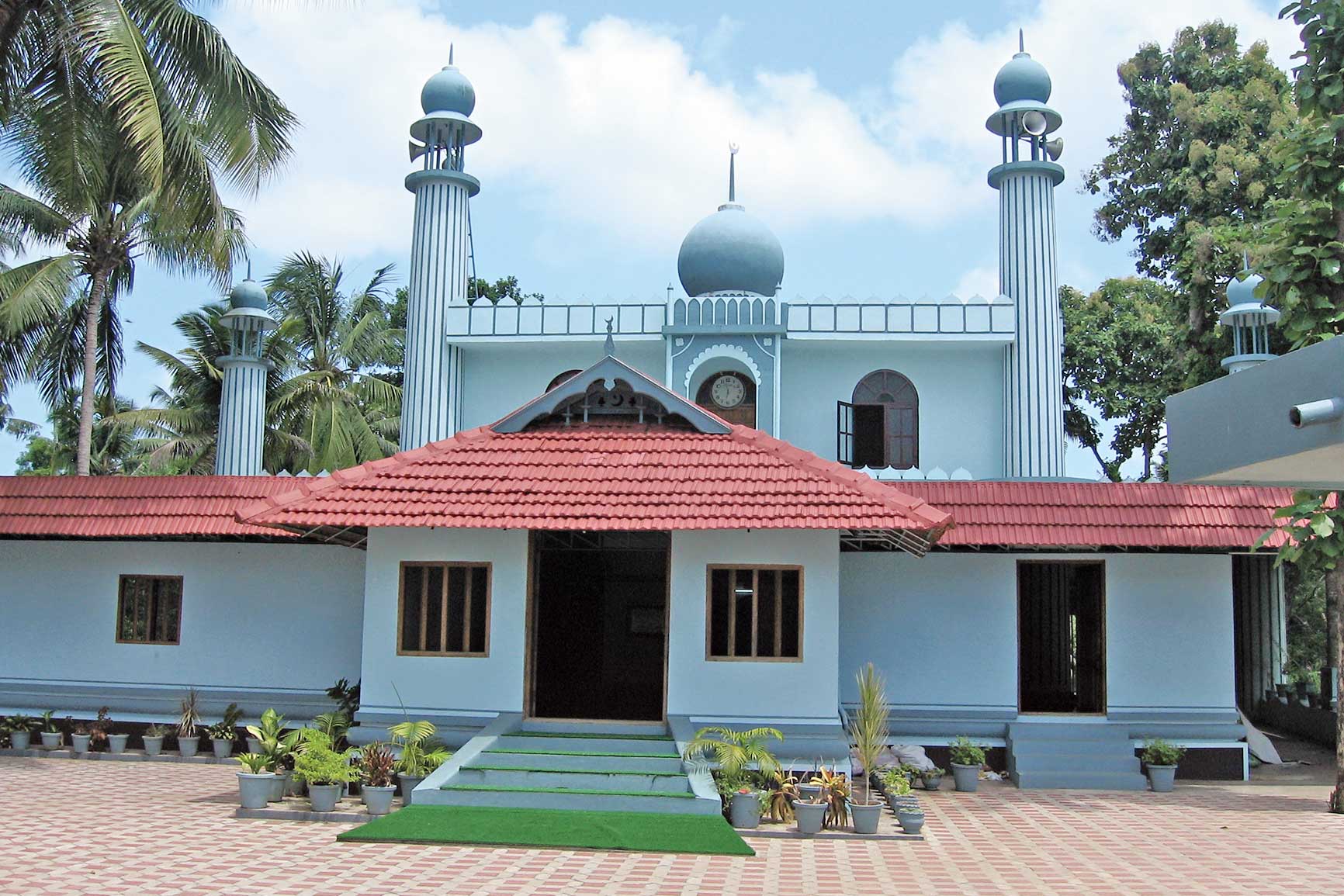 Brass oil lamps constitute an integral part of traditional Hindu customs and practices. In Kerala, the ubiquitous lamp has been burning continuously for over a thousand years at Cheraman Masjid, regarded widely as the world’s second and the subcontinent’s first centre of Islamic worship.

“It has been burning here at least for the last thousand years and people of different faiths continue to bring oil for it as offering,” said Mohammed Sayeed, the president of the managing committee of the mosque in Kerala’s ancient port town Kodungallur.

Referring to the long secular standing of the mosque, he pointed to the inner portions of the structure that were built centuries ago in traditional Hindu architectural idiom. The old rosewood pulpit from where the imam recites the Friday prayers is covered with exquisite carvings imbibing the rich Hindu style prevalent in south India then.

“Except for a white marble belonging to Makkah, everything here has a desi look,” said Sayeed, a surgeon.

Believed to be established in 629 AD, the ancient mosque now stands as a powerful symbol of social solidarity and communal amity disregarding the polarisation and bigotry currently sweeping the country.

It may be a coincidence but Kerala’s CPM-led Left Democratic Front government on November 10, 2019, initiated a massive renovation of the mosque to bring it back to the original architecture a day after the Supreme Court delivered its Ayodhya verdict permitting the construction of a Ram temple where the Babri Masjid once stood.

The Kerala government is spending Rs 1.13 crore for the renovation of Cheraman Masjid, which involves the removal of the more recent additional structures that don’t conform to the architecture of the original mosque and completely recreating what existed in the beginning.

“A part of the Muziris heritage conservation effort, the restoration will be undertaken in tune with the original character and aesthetics of the mosque. Other than this mosque, Kodungallur is rich in monuments, which represented various stages of Kerala’s history and they include churches, temples, synagogues and historical places,” said finance minister T.M. Thomas Issac, who hails from the same locality.

Muziris is the ancient name of Kodungallur, a hub of commercial activity on the shores of the Arabian Sea that maintained trade links with faraway places, especially Europe and the present West Asia.

“The Muziris Heritage Conservation Project is reviving and restoring all of these structures to espouse the cause of unity and amity. On completion, the heritage project will take us to the roots of history and traditions of the land and force us to act against communal and casteist interests,” Issac said.

After the completion of the restoration work, the mosque is expected to become one of the key attractions of the heritage region, drawing visitors from in and outside the country.

Legend has it that the mosque was originally a Buddhist place of worship with a huge rectangular pond on one side. It used to be maintained by the Cheraman Perumal dynasty of nearby Mahodayapuram, said Benny Kuriakose, an architect and the brain behind the Muziris project.

“But the last among the Cheraman Perumal kings probably found an ideological vacuum when Buddhism declined and soon embraced Islam. He left for Saudi Arabia and met descendents of the Prophet. But he died on his return to present-day Yemen. The masjid was constructed on his instructions,” Kuriakose said.

Legend has it that the last Cheraman Perumal once dreamt of the moon splitting into two. He told traders from Arabia about the dream and they interpreted it as a message from the Prophet. Just before his death, Perumal is believed to have instructed his travel companion, Persian scholar Malik bin Dinar, to construct the mosque and spread the message of Islam in his homeland. Dinar came to Kerala and established the masjid. The place where the mosque is situated is called Cheraman Malik Nagar in honour of Perumal and Dinar.

“The masjid has seen some renovations over the years but the original hall and internal structure have been preserved. Now our effort is to provide a completely ancient feel to the place, adding to its religious and tourism importance,” Kuriakose said.

“In the early centuries, Kodungallur was a settlement of traders and it stood as the doorway to India for varied cultures and races, emerging as a cradle of several civilisations. It remained so till 1341 AD when a massive flood submerged the region,” said writer and cultural activist Rubin Dcruz, who is also associated with the Muziris project.

The Muziris Heritage Project, which stretches across seven panchayats of Kodungallur and adjacent Paravur, will have 27 museums and more than 50 sites of interest ranging from a spice museum to an excavation site where shards of Roman amphorae and Italian ceramic ware have been found.

In the initial phase, two synagogues abandoned by the Jews of the region before they left for Israel after the country was formed in 1948 have been restored and opened to the public.

Given the cosmopolitan character of Kerala in general and Kodungallur in particular, the state government hopes the historical sites will send out a message of religious harmony to the entire country.

“Our mosque is a perfect symbol of communal harmony. Lots of Hindus join us for prayers at dusk and early in the morning,” said Sayeed, the president of the mosque managing committee.