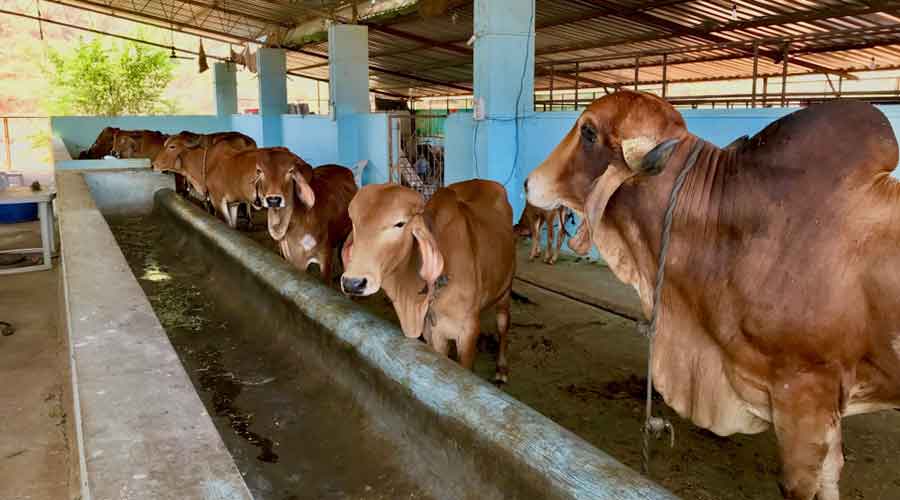 The Lakshadweep administration’s controversial move to auction 76 heads of cattle belonging to state-run dairy farms has received a setback with local people boycotting the process by not making a single bid.

Lakshadweep has been protesting the administration’s decision to shut down the two dairy farms on the Kavaratti and Minicoy islands, which they see as a ploy to make Gujarat-based Amul the sole supplier of dairy products in the Union Territory.

In a letter to the director of the animal husbandry department in capital Kavaratti, the veterinary assistant surgeon in charge of the auction said on Friday that no bids had been received and sought instructions on “further necessary action”.

The deadline for the bids was 3pm on Thursday, according to the auction notice issued by the department on May 24 to dispose of 44 milch cows, 8 bulls and 24 calves and heifers.

Shutting down the dairy farms that had for years served the local population is one of many controversial decisions taken after BJP politician Praful Khoda Patel assumed charge as administrator of the Union Territory last December.

Several MPs have written to the President seeking the recall of Patel, accused of imposing a “Sangh parivar agenda” that includes a move to ban beef in the Muslim-majority archipelago, a crackdown on dissent, a two-child norm for panchayat poll contestants, a drive against non-vegetarianism and destruction of the fishing infrastructure. Currently, non-BJP parties have joined hands to prepare a mass petition for Patel’s recall.

These parties, which had campaigned for a boycott of the cattle auction, have promised to continue their protests until all the controversial legislations are rolled back.

“The people will continue to boycott every single move of this administration until they withdraw all the anti-people reforms and legislations,” Kavaratti district panchayat member Asif Ali of the Nationalist Congress Party told The Telegraph on Friday.

He added: “Many years ago we used to get our dairy products from Milma (the Kerala Cooperative Milk Marketing Federation). Then our animal husbandry department started the two dairy farms.

But now Patel wants to shut them down to provide the local market on a platter to Amul just because it is from Gujarat.”

There have been calls for Lakshadweep to boycott Amul products, with #BoycottAmul trending on Twitter over the last few days.

On Thursday, the administration’s first attempt at explaining some of the contentious decisions had boomeranged, triggering further protests.

Defending the Goonda Act that allows a year’s detention without trial, Lakshadweep collector S. Asker Ali had accused local youths of rampant drug abuse, especially on Kiltan island. He had cited the seizure of large quantities of heroin from a “vessel near Minicoy”.

However, A.K. Abdul Gafoor, NCP general secretary, in a statement termed the allegation “pure nonsense” and said the Sri Lanka-flagged vessel seized by the coast guard in March was 120 nautical miles from Minicoy.

Youth Congress workers in Kiltan on Friday torched the collector’s effigy and sought an apology for “lying” about the local youths. Residents have been holding up placards against the collector in their own courtyards in view of the Covid restrictions.

Collector Ali had said the vessel carried 300kg of heroin worth Rs 3,000 crore, four AK-47 rifles and 1,000 live rounds, but admitted it was a “foreign boat” only under questioning from reporters.

Ali said the overturning of the liquor ban in Lakshadweep and the plans to reform land laws to allow buying by outsiders were meant to encourage tourism and that the relaxation of quarantine protocols — blamed for a Covid surge — was aimed at boosting economic activities.

This, however, seems to have deepened residents’ fears that the Centre wants to provide large tracts on the pristine islands to big companies keen to launch tourism projects.