Farmers have alleged that Ashis, also known as Monu, was in a Thar jeep that led the convoy and deliberately ploughed into the farmers 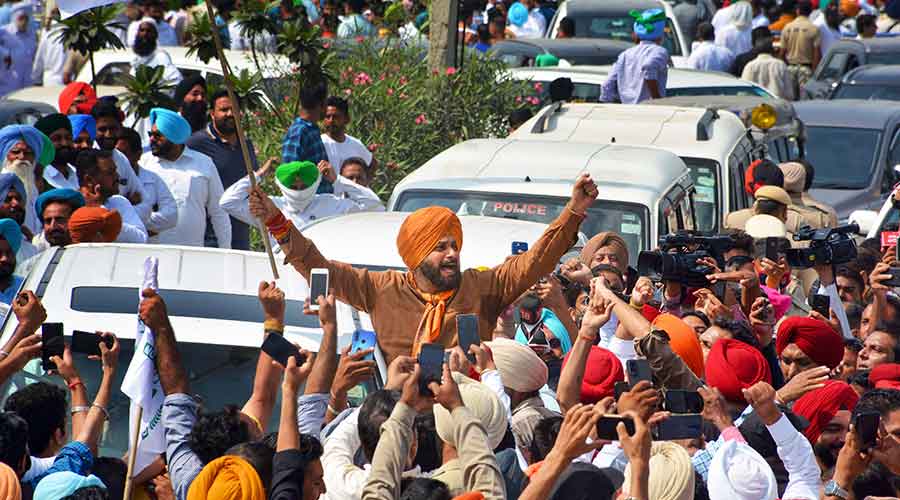 Union minister Ajay Mishra Teni’s son Ashis Mishra has been summoned for questioning and two men arrested over the Lakhimpur Kheri incident, police said on a day the Supreme Court sought a status report from the Uttar Pradesh government on the case.

Ashis, booked for murder, has been asked to present himself before the police at 10am on Friday, a notice said.

“If Ashis Mishra does not abide by the summons, legal procedure will be adopted,” inspector-general of police (Lucknow) Laxmi Singh said.

Pawan Kashyap, brother of slain journalist Raman Kashyap, regretted that Ashis had not been arrested yet.

“It’s strange that a police who arrest people for chanting anti-government slogans and put up their posters at street crossings are merely sending summons to a man accused of cold-blooded murder,” he said.

The Yogi Adityanath government had put up posters of anti-Citizenship Amendment Act protesters at public places in November-December 2019.

The police identified the two arrested men as Luvkush and Ashish Pandey. State government sources said the two were in the convoy of SUVs that crushed four protesting farmers and a TV journalist on Sunday.

Farmers have alleged that Ashis, also known as Monu, was in a Thar jeep that led the convoy and deliberately ploughed into the farmers. The minister has denied his son was in any of the cars, but Ashis has been named in an FIR for murder the police have registered.

After five victims were run over, the farmers allegedly lynched three people — Hari Om, the driver of one of the cars, and two BJP workers.

IG Singh said the role of these three had not been clear earlier but “things are becoming clear now”. She refused to say more.

Asked whether these three were the instigators of the violence, additional director-general of police (Lucknow zone) S.N. Sabot said things had started only after the “accident” and that meant those behind the steering had complete control over the vehicles and were 100 per cent responsible for what happened.

“Other people sitting close to that have a reason to instigate or abate the things,” he added.

Sources said a police team had collected spent bullets from the spot. Asked, Singh said: “Some evidence has come and the forensic team is examining them.”

A Supreme Court bench headed by Chief Justice of India N.V. Ramana asked Uttar Pradesh authorities to ensure the “best medical treatment” of the mother of one of slain farmers, 20-year-old Luv Preet Singh, at a government medical college.

An advocate, Amritpal Singh Khalsa, had informed the court that Luv Preet’s mother was in critical condition from shock at the loss of her son.

The bench, which included Justices Surya Kant and Hima Kohli, sought a status report from the Uttar Pradesh government on the Lakhimpur Kheri violence, including the names mentioned in the FIR.

The bench had earlier converted into a PIL a letter from two advocates, Shiv Kumar Tripathi and C.S. Panda, that had sought an independent probe.

Justice Ramana said the petition would be heard again on Friday and clarified that the registry had wrongly said the court had taken suo motu cognisance of the matter.