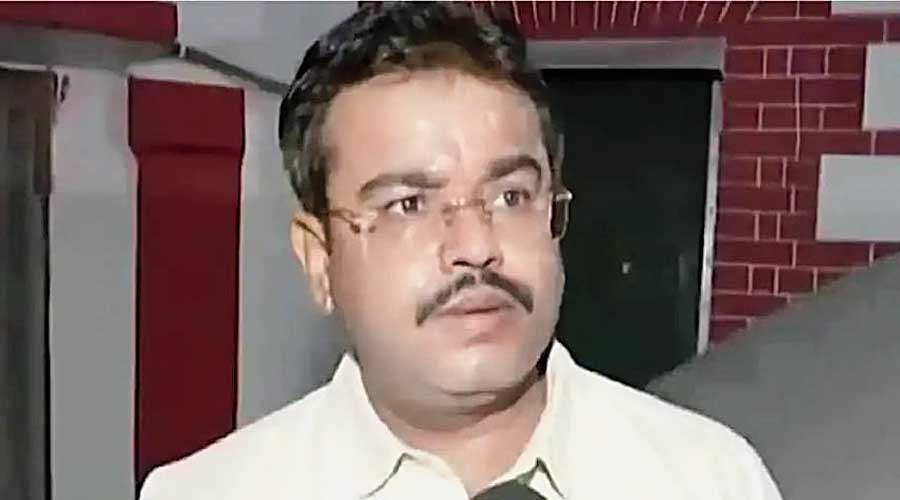 Union Minister of State for Home Ajay Mishra's son Ashish Mishra appeared for questioning before the SIT on Saturday in the crime branch of the Police Lines here in connection with the Lakhimpur Kheri violence on October 3.

Ashish Mishra appeared before the special investigation team (SIT) before 11 am, the time mentioned in the second summons served to him the previous day after he did not turn up for interrogation on Friday.

Police officials here at the spot refused to comment on the ongoing interrogation.

The Punjab Congress unit chief began his 'maun dharna' from 6.15 pm on Friday outside the home of local journalist Ram Kashyap in Nighasan tehsil. The protest came to an end around 11.30 am on Saturday

Kashyap had also died in the incident on October 3.

Lovepreet Singh of Palia village of Lakhimpur is among the four farmers who died in the violence.

While Ashish Mishra is facing questioning by the SIT team headed by Deputy Inspector General of Police (Headquarters) Upendra Agarwal, his father Ajay Mishra is huddled with lawyers at his local party office in Lakhimpur.

Sources said the police team has prepared over two dozen questions for Ashish Mishra to answer in connection with the case.

After two men were arrested on Thursday in the case, police then had pasted a notice outside Ashish Mishra's house asking him to appear before it in connection with the violence that claimed eight lives.

Four of the eight people who died in the violence last Sunday were farmers, allegedly knocked down by a vehicle carrying BJP workers. Angry farmers then allegedly lynched some people in the vehicles.

Ajay Mishra Teni, who was in Lucknow to meet chief minister Yogi Adityanath, said Ashis could not appear for questioning because he was “not well” but would have his statement recorded on Saturday.

Teni declared his son innocent and denied he had gone into hiding.

A statement from the Samyukta Kisan Morcha, which has been leading the 10-month-old farmer protests against three farm laws, said: “There is no trace of him (Ashis). News reports indicate that he is changing locations and is absconding, with several Uttar Pradesh police teams searching for him.”

Adityanath told a TV interviewer that nobody would be arrested until there was concrete evidence against them. Reminded about the allegation that Ashis was in a car that mowed down farmers, he said “there is no such video (showing Ashis)”.

A Thar jeep belonging to Teni and a Fortuner had run over and killed four protesting farmers and a journalist at Tikunia in Lakhimpur Kheri on Sunday afternoon with some eyewitnesses saying Ashis, also known as Monu, was in the car. Following the deaths, the farmers are alleged to have killed a driver and two BJP workers.

Some reports said Ashis, named in the murder FIR, may have fled to Nepal.

Deputy inspector-general (headquarters) Upendra Agarwal, head of the nine-member team probing the incident, had waited in vain for Ashis at the police lines on Friday morning before issuing the fresh notice. It was pasted on the wall of the minister’s home in the afternoon.

Adityanath, asked by the TV interviewer whether Ashis was absconding, skirted the question.

Asked about Ashis’s alleged culpability, he said: “There’s no such video (showing him at the scene) till now. We have given out a phone number and told people to share evidence (via WhatsApp).... No action will be taken against anybody under pressure from anybody.”