Calcutta teenager back from UK tests positive for virus 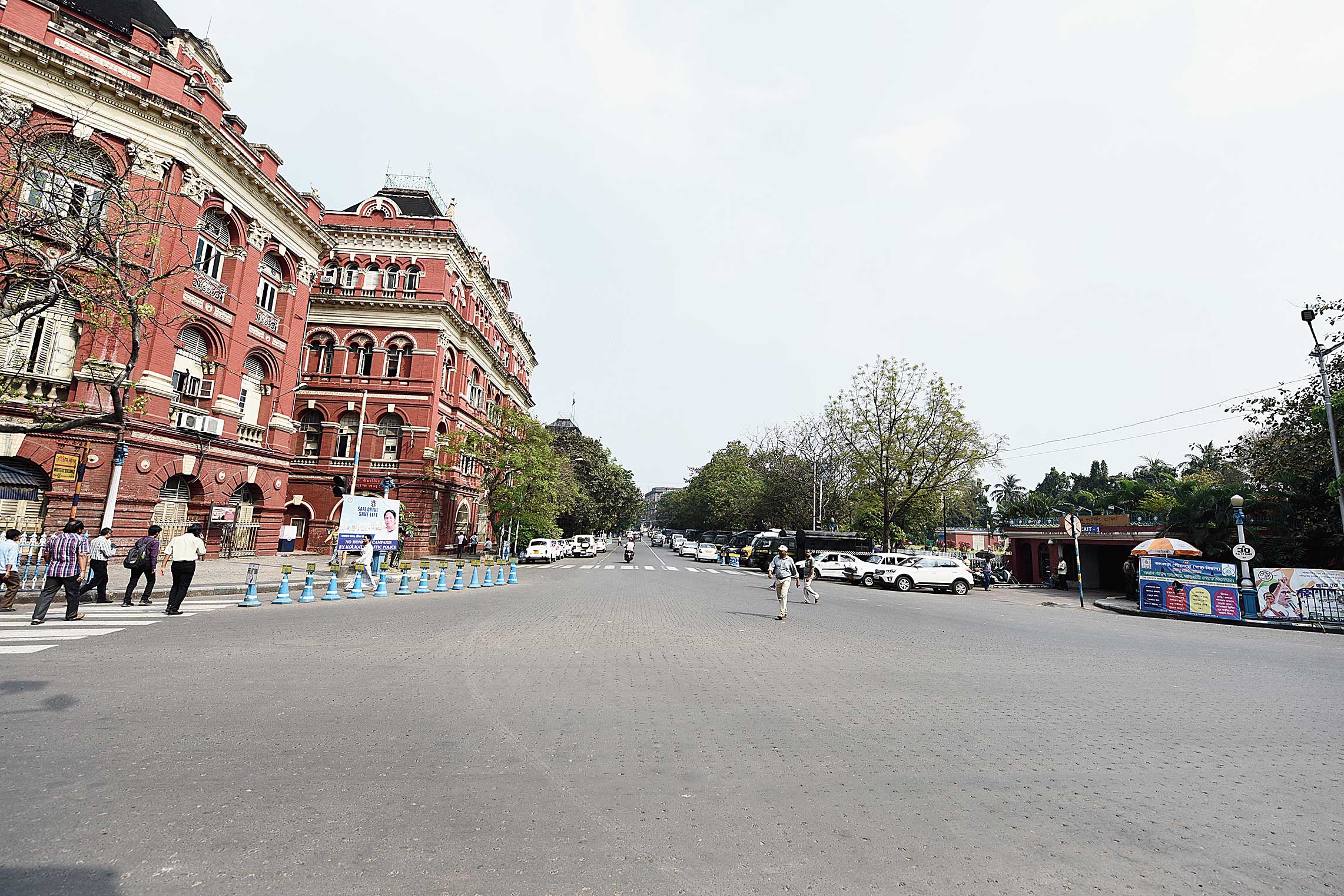 An 18-year-old student who returned to Calcutta from the UK tested positive for Covid-19 on Tuesday, becoming the first such confirmed patient in Bengal, the state health department said.

The first result sent Nabanna, the state secretariat, into a tizzy. The state government is trying to verify reports that the patient is the son of a bureaucrat who may have had contact with senior officials at Nabanna before her son’s condition was confirmed, multiple sources said on Tuesday night.

The government is also looking into reports whether the bureaucrat used influence to get the student past the screening layers at the city airport either late on Sunday night or early Monday morning.

The student would have been isolated only if he had shown any symptoms. Health department officials said the teenager, who was stated to be stable on Tuesday night, was asymptomatic.

Mandatory quarantine of passengers from the UK is scheduled to start in India only from Wednesday (March 18) although the first local infection in Britain was reported on February 29. So far, 1,950 people in the UK have tested positive for Covid-19 and there are 67 deaths in England. Officials in New Delhi declined to say why it took so long to include the UK in the mandatory-isolation list.

After the teenager reached home from the airport, he reportedly received an email from a reputable university in the UK asking for a certificate declaring he is free of the coronavirus. The university sent the email after two students there who had contact with the Calcutta teenager tested positive.

The sources said that later on Monday, the mother and son set out to Nabanna. The boy was in the car but it is not clear whether the vehicle entered the secretariat premises.

The sources said the mother met a senior official on whose advise the boy was taken to a government hospital in south Calcutta. The hospital recommended that they go to ID & BG Hospital at Beleghata, where several people with travel history have been turning up for tests.

But a health department official had said in the evening: “The patient told us he had self-isolated himself and did not come out of his home. His parents have also said they were at a safe distance from him.”

Chief minister Mamata Banerjee has repeatedly appealed to the people not to panic and to strictly follow the guidelines if symptoms are noticed, promising all required help from the government.

On Tuesday, the student’s parents took the teenager to the Beleghata hospital.

In the evening on Tuesday, the Bengal health department stated on its website: “One male aged 18 years who had returned from UK on 15th March has tested positive today. He is kept in isolation.”

An official said later: “He does not have any complication. A sample has also been sent to the National Institute of Virology, Pune, for a second confirmation.”

The parents and the driver were taken to the quarantine facility set up by the health department in New Town on Tuesday evening after the result of the teenager’s swab test came.

At Nabanna, officers had begun scanning CCTV footage to ascertain who all the bureaucrat may have met, the sources said.

Health department officials said they were getting in touch with the airline and Calcutta airport authorities, seeking details of the passengers who had travelled with the boy from a Gulf city where he changed planes.

The surgeon, who returned from England on March 12, was admitted to the isolation ward of the Bankura medical college after he informed about his cough and fever on Monday morning.

“He will remain quarantined for 14 more days and we will send his sample for a second test,” said Shyamal Soren, the chief medical officer of health in Bankura.

Six persons, including two doctors who came in close proximity with the surgeon, have been quarantined at a hotel in Bankura town. Officials said the six would be released from quarantine on Wednesday.