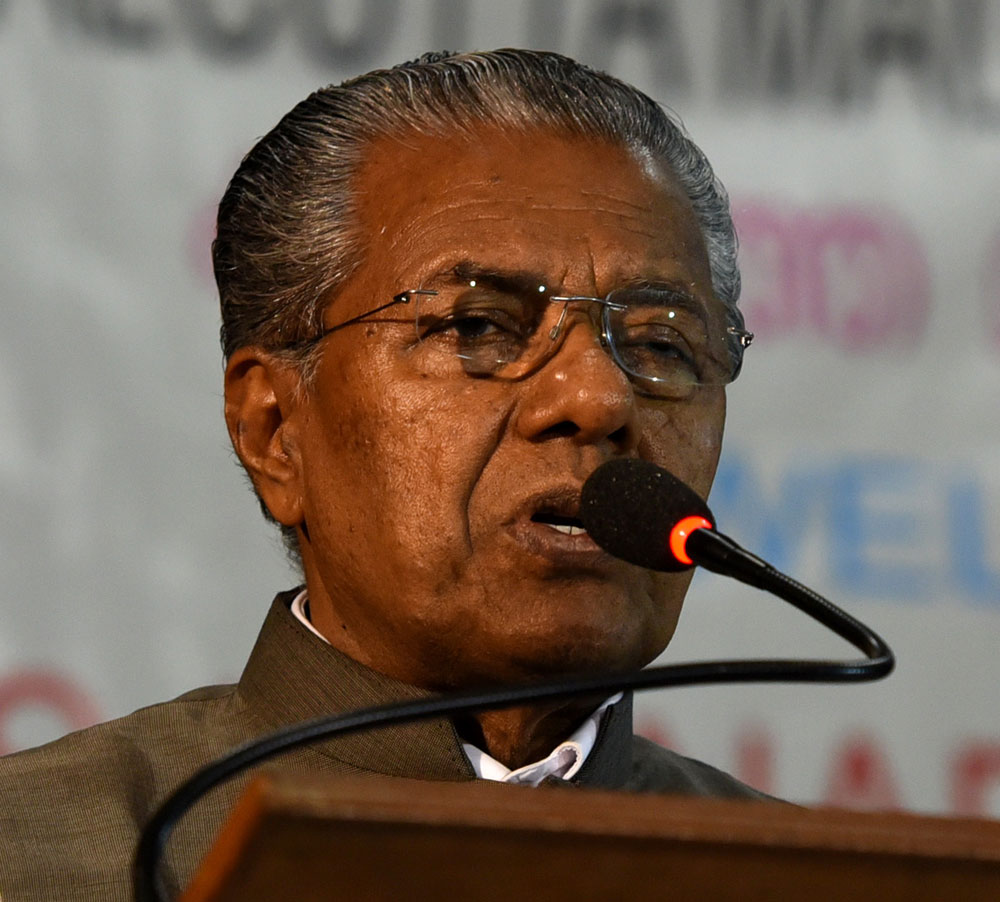 After the results, chief minister and CPM leader Pinarayi Vijayan claimed that “caste and community forces do not have any influence in Kerala”.
The Telegraph file picture
Santosh Kumar   |   New Delhi   |   Published 27.10.19, 11:07 PM

The single biggest takeaway from the by-elections to five Assembly constituencies in Kerala, the results of which were announced last week, is that the voters have shown caste and community satraps their place.

The electorate not only underlined their secular credentials again by denying BJP another seat in the state Assembly but also said an emphatic “no” to self-proclaimed guardians of two dominant Hindu communities in the state — the Nairs and the Ezhavas.

Although it is not uncommon for the Nair Service Society (NSS) and the Sree Narayana Dharma Paripalana Yogam (SNDP) — representing the Nairs and the Ezhavas, respectively — to interfere in matters of politics, those at the helm of these organisations used to follow some decorum while doing so.

However, in this election, NSS chief G. Sukumaran Nair and SNDP general secretary Vellappally Natesan crossed all limits of civility by openly pledging their communities’ support to the Congress and the CPM, respectively.

Both Nair and Natesan are known to flaunt their self-importance, with Nair going one step ahead some years back in proclaiming himself as the “Pope of Perunna”. The headquarters of NSS is situated in Perunna in Changanassery, a trijunction of Kottayam, Alappuzha and Pathanamthitta districts in central Kerala.

The NSS, which has always claimed to maintain equidistance from both the Congress and CPM, this time directed its karayogams (sort of branch offices) to mobilise Nairs to vote in favour of the Congress-led UDF candidates.

It wanted to “teach a lesson” to the ruling LDF for its stand on implementing the Supreme Court order allowing women of all ages to enter the Sabarimala temple and other related issues.

Karayogams had played a crucial role in bringing Nair women in thousands on to the streets during the early days of the agitation against the Sabarimala verdict in September last year. Nair perhaps thought he could repeat the same in the by-elections too.

Not to be left behind, Natesan, who three years ago floated a political outfit and took it to the BJP-led BNA stable, declared that Ezhava votes would go in favour of the Left Front. Natesan’s enmity with Nair is well known.

Interestingly, at that time both the Congress and the CPM wholeheartedly welcomed their support.

While the NSS focused on its areas of influence, Vattiyoorkkavu in Thiruvananthapuram and Konni in Pathanamthitta district, the SNDP worked against the Congress candidate in the Ezhava backyard of Aroor in Alappuzha district.

Before the elections, Vattiyoorkkavu and Konni were considered safe bets for the Congress. Aroor, on the other hand, had never elected a non-communist, perhaps over the past six decades.

But when the results came, it was clear that the Nairs or the Ezhavas cared two hoots for their organisational heads. The Congress lost two of its sitting seats and the CPM was humbled in Aroor. Both parties are now finding solace in blaming the BJP for vote-shifting.

In hindsight, both parties would have been better off without community support. The political parties had given undue importance to these two organisations thinking they have a hold over these communities.

Come elections, leaders from both the CPM and the Congress regularly make a beeline to the residences of Nair and Natesan and various Christian bishops to pay obeisance. And then talk about upholding the values of secularism.

After the results, chief minister and CPM leader Pinarayi Vijayan claimed that “caste and community forces do not have any influence in Kerala”.

Only a month ago, Kerala CPM secretary Kodiyeri Balakrishnan had publicly thanked Natesan for the Ezhava votes for the LDF candidate’s victory in another by-election in Pala.