Appeal on students arrested under UAPA 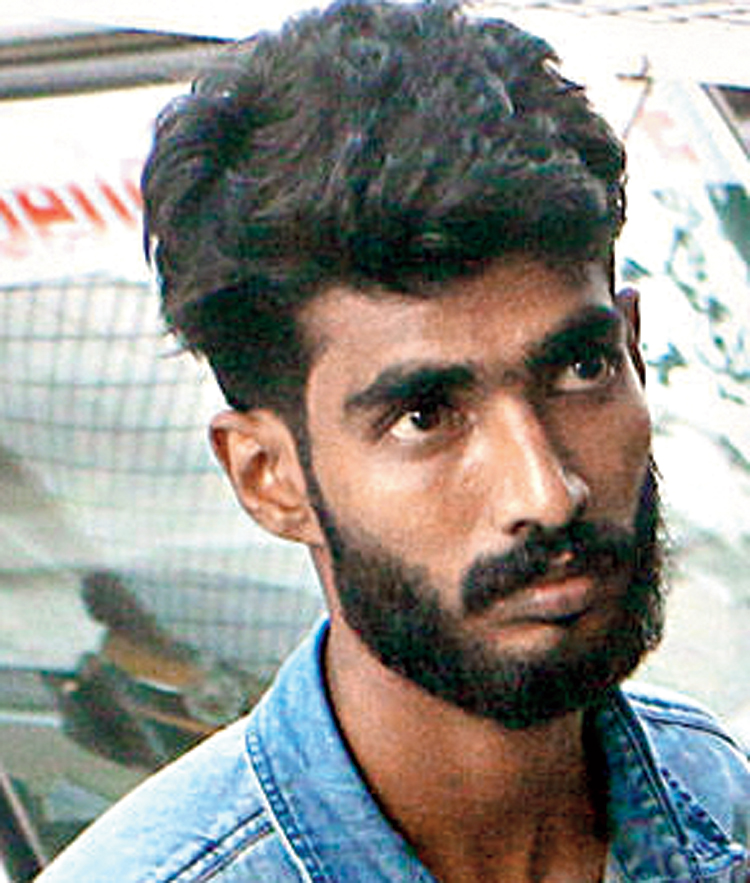 A rights group formed to help two Kerala students arrested and jailed on the charge of distributing Maoist pamphlets have written to the CPM leadership to get the party-led state government to take over the case pending with the National Investigation Agency.

Ajitha, who wrote on behalf of the Alan-Taha Human Rights Committee, said the NIA Act that defines the powers of the national agency had a provision that allowed a state government to take back a case and ask its own police to investigate.

“There is a definitive provision in the NIA Act that allows the state government to conduct investigation even in the case of offences scheduled under (the) NIA Act,” said the letter written on Tuesday.

“Section 7 of the Act relates to ‘Power to transfer case to the state government for investigation and trial of the offence’,” it added.

Law student Alan and journalism student Taha were arrested in Kozhikode on November 1 while they were allegedly distributing Maoist publicity material. The state police later said they had unearthed evidence that the two had Maoist links.

While both were considered CPM activists, the party’s Kozhikode unit had claimed neither had anything to do with the party following the stand taken by chief minister Pinarayi Vijayan.

Vijayan insists both had Maoist connections while urging the Congress and other parties not to “glorify” them.

“Don’t think they’re innocent. They were not arrested while having tea,” he had said.

Alan and Taha were arrested after police had stepped up vigil days after four Maoists were gunned down in a late-October forest encounter in Palakkad.

Alan Shuhaib
(Sourced by The Telegraph)

The students have been denied bail thrice so far — twice by district courts and once by Kerala High Court.

Ajitha’s letter highlighted the stand taken by the state government. “If the state government continues with its present unsympathetic and illegal stance to the two young men, it would be a serious violation of their human rights and would erode popular support for the party and the government,” it said.

The letter said several writers and intellectuals too had started speaking out against the move to book the two students under the UAPA, which has the contentious provision of declaring a person a terrorist, merely for possessing Maoist material.

Poet K. Satchidanandan, novelists N.S. Madhavan and K.R. Meera and literary critic B. Rajeevan are among those who have voiced their concern, the letter said.

“Our main issue is that the CPM itself has called the UAPA a black law and has been opposing it in all other states, but the only state where they are in power has gone ahead and slapped the UAPA (on the students), opening a window for the NIA to come in,” Ajitha told The Telegraph on Wednesday.

“Since the NIA Act provides an option for the state to take back the case, we want the Kerala government to exercise that power and allow a free and fair investigation in the case,” she added.

Members of both families refused to speak when this newspaper contacted them.

Satchidanandan condemned the arrests in an audio message. “This law should not be used by any political party that believes in democracy, especially the Left parties,” the hugely respected poet said in a message to the Kerala government.

“The state has said that the case was taken over by the NIA without its knowledge. If that is true, the NIA itself gives the freedom to state governments to take back the case and conduct investigations.”

Satchidanandan said the state government’s response was disappointing. “A people’s representative should never use words like ‘they were not arrested while drinking tea’.”

Author Meera had recently questioned the logic of arresting someone who merely had some Maoist literature on them.

“Have they recovered any weapons or blueprints of any kind of threats to the country from them?… Shouldn’t the chief minister who casually and confidently said they are Maoists disclose the reasons (for arresting the two students)?” Meera said in a Facebook message.